Uruguay have been FIFA World Cup winners on two occasions. They have the honour of winning the first ever edition of this famous competition. They also have the priveledge of being the first nation to ever host the tournament back in 1930, beating fellow South Americans Argentina in the final.

The Uruguayans also won in Brazil in 1950, although their record since then has largely been a little underwhelming. They have had a number of failed qualifying attempts over the years, although they have featured in each of the last three World Cups and have enjoyed something of a renaissance in recent years. Considering they are a very small nation of just 3.4m people (by some counts they rank 134 out of 233 countries in terms of population size), they have certainly overachieved.

Uruguay played in two of the opening four World Cups, winning two and refusing to participate in the others. No nation in World Cup history have finished in fourth place on more occasions than Uruguay (1954, 1970 & 2010). Indeed, whilst some would dismiss Uruguay’s early successes, the fact remains that looking at the entire history of this global showpiece, only Brazil, Germany, Italy, Argentina and France have better World Cup records than La Celeste.

When Did Uruguay Last Win the World Cup?

Uruguay’s last World Cup success came in 1950. They also won the first tournament at home in 1930. 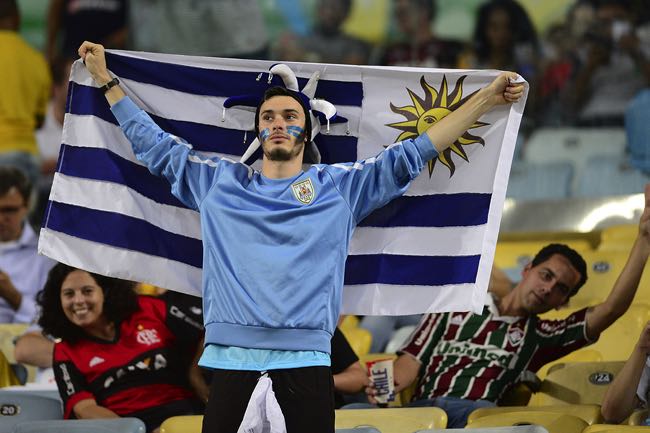 Uruguay are one of eight nations to have tasted World Cup success (at the time of writing). They exploded onto the scene in the early years of the World Cup, winning in 1930 and 1950, but have struggled in recent times, failing to qualify for five of the last 11 tournaments.

In the first World Cup in 1930, Uruguay cruised to victory on home soil, picking up four wins out of four. 13 nations made the finals, though nine of these were from the Americas. Uruguay were chosen as hosts as they were the reigning Olympic champions, have won in 1928 to defend the crown they had initially claimed four years earlier.

Uruguay were also celebrating their centenary (of their first constitution) and the Estadio Centenario was built in the capital Montevideo to host the finals. Two other stadia were used, with all three venues being in the capital.

The hosts were in three-team Group 3, where they beat Peru and Romania without conceding a goal to reach the semi finals. In then last four they walloped Yugoslavia 6-1. Alberto Suppici’s side then beat Argentina, who had also won their semi 6-1 (against USA), 4-2 in the final in the Centenario. They trailed 2-1 midway through the second half but hit back to claim glory and deny the side they had recently beaten in the Olympic final.

After refusing to participate in the next two World Cups, Uruguay were back for the 1950 tournament in Brazil (there being no tournament in 1942 or 1946 due to the war). The Uruguayans, managed by Juan Lopez, were dominant once again, beating Bolivia 8-0 in the group before winning the final round ahead of hosts Brazil.

The 1950 tournament is unique, being the only World Cup finals to not be decided by a single game. Instead, a second group phase pitted the winners of the initial four groups together. Spain and Sweden joined the two South Americans in the final phase of the tournament and both were humiliated by Brazil.

The hosts scored 14 goals in their three games and ended with a goal difference of +10, compared to Uruguay’s +2. However the decisive game was played at the famous Maracana and the eventual winners upset the hosts 2-1 to top the table on five points, with Brazil runners-up on four. Uruguay’s two wins and a draw (against Spain) was enough to see them become the first side to lift the Jules Rimet Cup, the trophy having been named to honour the Frenchman’s 25th anniversary as President of FIFA.

Uruguay have struggled on the world stage in modern times, but they did have a superb World Cup in South Africa in 2010. They won their group with seven points, seeing off Mexico, South Africa and France.

Oscar Tabarez’s boys then saw off South Korea and, somewhat controversially, Ghana to reach the last four. Unfortunately, they were beaten by Holland in Cape Town in the semis. That was Uruguay’s best performance at a World Cup for 40 years, with Luis Suarez, Edinson Cavani, Diego Forlan and Diego Lugano to the fore.

Back at the 2010 World Cup in South Africa, Uruguay’s Diego Forlan shared the Golden Boot with three others. Forlan, Thomas Muller, Wesley Sneijder and David Villa all netted five goals. 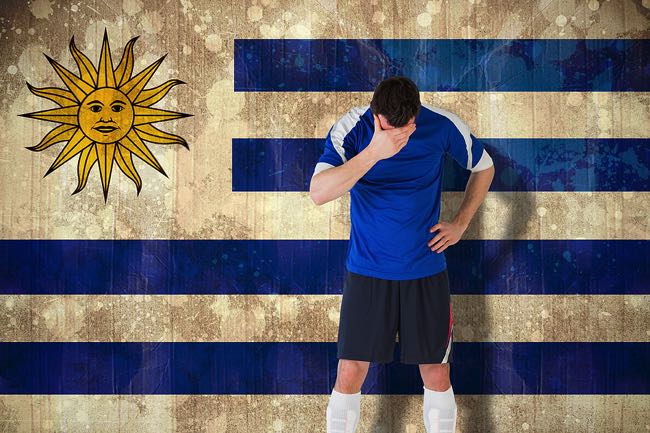 After three excellent World Cups, winning in 1930 and 1950 and reaching the semis in 1954, Uruguay failed to qualify for the 1958 World Cup in Sweden. They also failed to reach back-to-back tournaments in 1978 and 1982, and then again in 1994 and 1998. They were absent from the 2006 World Cup in Germany, although they have featured in South Africa, Brazil and Russia.

Uruguay have failed to win a game at two World Cups. Back in 1986, despite reaching the Round of 16, the Uruguayans drew two and lost two of four. They were also very poor in South Korea and Japan in 2002, taking just one point from a possible nine in the group stage to finish in 26th place. Ironically, their only point came against the tournament favourites, France, who finished bottom of a quartet that was headed by Denmark with Senegal the other nation to qualify.