Football betting may be all about the staple weekend accumulator these days, but before accas – and long before the likes of the modern “build-a-bet” and in-play markets – there was a different type of football bet which ruled the roost, namely the Football Pools.

Invented by a gentleman named John Jervis Bernard back in the 1920’s, “the pools” is a form of betting that requires entrants to select games from a list of fixtures which they think will end in a score draw, with the most successful entries then sharing the “pool” of entry fees, less a charge levied by the operator of course – the same method by which The Tote operates in the horse racing world.

This was an innovative betting business model at the time and one destined for greatness, but not at first. John Jervis Bernard couldn’t make it pay, and nor could workmates John Moores, Colin Askham, and Bill Hughes, who gave “the pools” a shot under the Littlewoods banner. It wasn’t until Moores bought out his two mates that the business really took off – and take off it really did, making Moores a millionaire in double quick time. Sometimes things go right for you, and sometimes they don’t, eh Colin and Bill?

So just how big did the pools become? Big enough to employ around 100,000 people in the distributing, collecting, and checking of coupons. Big enough to account for over 15 million postal packets every week. And big enough to pay out an estimated £3.2 billion in prizes to over 61 million winners over the years. So pretty darn big.

In terms of small-stakes big-win betting, the pools really was The National Lottery of its day. And in common with the National Lottery, the pools companies have done their bit in giving something back to the community – donating an estimated £1.1 billion to sports-related causes over the years.

Of course, where one man succeeds, others will follow, and hot on the heels of John Moores and Littlewoods, came the emergence of rival pools companies. One of the biggest of which is the subject of this article: Vernons.

Here we trace the history of this North West based company, from the days when the cry of “Dad, the pools man is at the door!” could be heard up and down the country, to the decline of the pools as a whole, and on to the ultimately failed reinvention of Vernons as a sports betting brand. 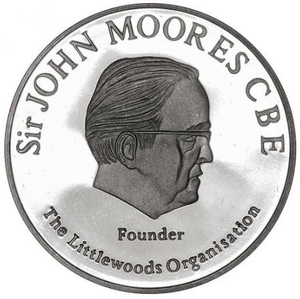 1923 was a big year for British culture, being the first year in which the BBC was granted a broadcasting licence. It also represented a momentous occasion on the betting front, as this was the year in which John Moores and co first distributed football pools coupons outside of Manchester United’s Old Trafford ground.

Whilst the idea of punters collecting, filling in, and returning paper coupons – via an agent or by post – may seem rather antiquated in this instantaneous internet age, the abandoned brainchild of John Jervis Bernard was a hugely innovative product at the time. In an era where the only legal betting took place on horse racing – and even then only at the track itself – the pools product was ideally placed to capitalise on the untapped market of a population primed to latch on to the small-stakes/big-win punt.

Getting around the existing gambling legislation by marketing itself as a game of skill rather than chance, and emphasising the fact that it dealt in postal orders rather than cash, the pools was ready for lift off.

With the growing popularity of the new pools product, 1934 saw the biggest operators in the country – of which there were by now an ever-increasing number – come together to form the Football Pools Promoters’ Association. 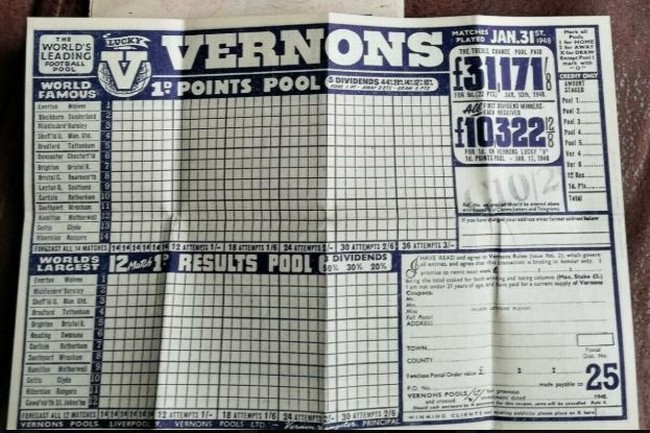 Revenues across the 28 pools operators reached £30 million per year by 1936. The scale of the business at this time is perhaps best illustrated by the fact that of the 6 million weekly recorded postal packets in the UK – 4 million were pools entries.

It was beginning to become clear however that, as popular as the pools had become, there were nevertheless sections of society who were opposed to the product (aren’t there always!), including the Football League itself.

Of course, of those pools opposers, the Football League was uniquely placed to thwart the business, and they attempted to do just that through delaying the publication of the fixture lists, and so denying Vernons and co the time needed to print, distribute, and collect their coupons.

It was however still known which sides would be playing at home each week, enabling Vernons to continue printing the coupons with only the home teams listed. You would imagine that who the home teams were actually playing would be crucial to the selection process, but such a triviality doesn’t seem to have deterred the punters, who continued to play in their droves.

This “pools war” was effectively ended on 3rd April 1936 when a parliamentary bill to ban the product was resoundingly defeated by 287 votes (pools players?) to 24 (non-pools players?). Although a real war was about to start. 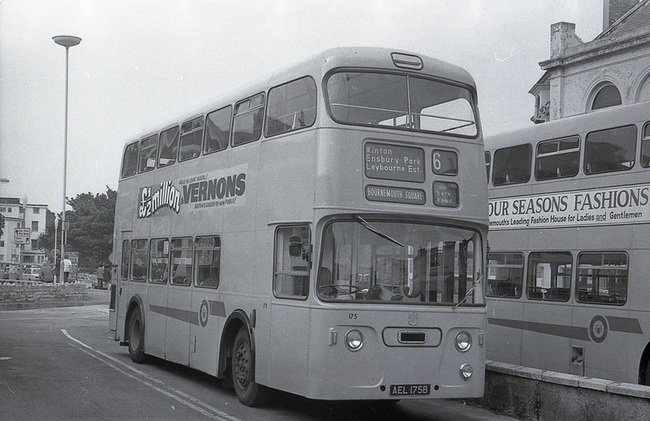 The pools actually continued throughout the war, albeit on a smaller scale, and Vernon’s teamed up with rivals Zetters and Littlewoods to form Unity Pools to make it happen.

But the next big boost to Vernon’s, and the rest of the pools industry, came with the 1946 invention of the Treble Chance game. The difficulty of the new game – which required players to select only eight games per line and generally get close to eight score draws out of eight to win – led to the pool often being shared between just a few winning tickets leading to huge dividends.

As we now know, the punting public can’t resist the lure of the small-stakes/big-win style bet – witness the popularity of the National Lottery and outrageous football accumulators in the modern day – and the pools duly gained a new level of participation.

Just one year after the introduction of the Treble Chance, total industry revenue had grown to £70 million – 90% of which was split between Vernons and the three other major firms of Littlewoods, Shermans and Copes.

Vernons’ financial returns take a slight hit in 1959 as it is deemed that the Football League owns the copyright to its’ own fixture list, and so Vernons and the other operators agree to pay 0.5% of all stakes to the league to keep them off their backs. 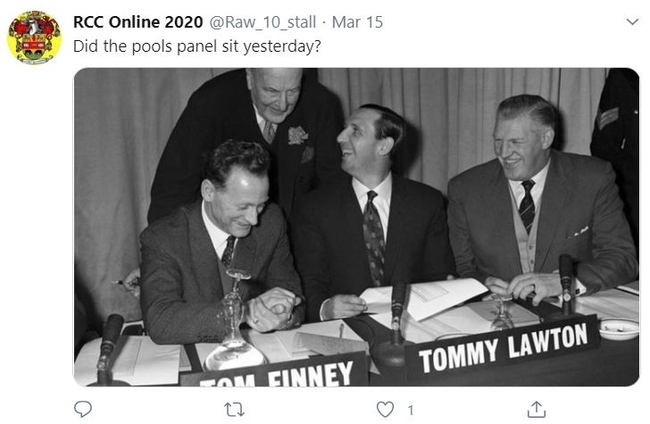 Sparked into action by the problems resulting from fixtures being abandoned due to the weather, or for any other reason, Vernon’s and the other companies combined to introduce the Pools Panel.

Made up of former players and officials, this panel was paid a pretty penny to hole themselves up in a swanky hotel and determine the likely results of the week’s fixtures. These deductions were then used for the settlement of pools coupons in the event that any fixtures were abandoned. Nice work if you can get it!

The increasing popularity of football, and headline-grabbing pools wins such as the £500,000+ claimed by an individual player from Hampshire in 1972, £760,000 handed out to a retired dinner lady in 1983, and £700,000 dished out to a 16-man syndicate of electricians from the North East in 1989, saw the pools product continue to grow and grow.

As part of its expansion and diversification strategy, the gambling giant Ladbrokes purchased Vernons, but opted to allow the company to continue trading under its recognised name rather than confusing punters with a re brand.

1994 saw the number of Vernons players hit an all-time peak, with the company taking its fair share of the now 10 million weekly pools players.

But just as the pools industry hit these new heights, along came The National Lottery, taking the country by storm with a televised live draw every week.

Whilst not quite a death knell for the pools, the new national betting pastime did nevertheless lead to a huge decrease in pools players, as punters made the switch to the simpler National Lottery product.

In an effort to latch on to the booming popularity of The National Lottery, Vernons ceases its pool betting operation and teams up with the national numbers game to offer a lucky dip version of the pools.

Known as “Easy Play”, the new product wasn’t quite the resounding success the company had hoped for. Lasting for only the 98/99 season, Vernons abandoned Easy Play and returned to its original product the very next year.

Having already purchased Littlewoods and Zetters, Sportech completed the set when snapping up Vernons from Ladbrokes in 2007 for £51 million. By this time, the total number of weekly players had decreased to just 700,000 – quite a fall from the 10 million or so of 1994.

However, now that they had the three big players together under one umbrella, Sportech were in a position to launch a product better equipped to survive in the new National Lottery environment.

Initially known as The New Football Pools and now simply The Football Pools, a new online version of the game was introduced at footballpools.com. Bringing together all of the old favourites together with new versions of the game, the site sparked some much-needed life into the flagging product. It proved to be a relative success too, and remains the place to visit for those seeking to play the pools today.

Sportech sells its Vernons.com e-gaming division to the Netplay TV plc Group for £3 million. With a recognisable brand and seemingly enthusiastic new owners, Vernons.com looked to have every chance of establishing and maintaining a place in the market.

Dogged by an outdated web site and a lack of competitiveness on the promotions and offers front, Vernons.com had been a fading force for some time – looking, to all intents and purposes, to have been left to run aground. The final curtain duly came down in January 2020, and the tired old brand once loved by so many was finally put to rest.