At the time of writing (March 2021) the Belgian national team are the number one ranked side in the world according to FIFA, with a golden generation of players currently competing for tournaments. They have had a degree of World Cup success in recent years, finishing third in 2018 and sixth in 2014, although with the depth of talent in their squad fans may well have hoped for more.

However, they have not always been the giants that they are perceived to be today and have often failed to live up to expectation in the wider context of international football, although expectations should be realistic for a nation of just 11.5m people. Even when looking at World Cup performances, they have failed to qualify seven times in the history of the competition, a surprising amount for a team often considered to be of great pedigree.

Let us assess Belgium’s World Cup record, detailing their exceptional highs and how they got to that number one ranking in the world, and if it’s truly justified. With some of the top players in the world currently part of the side there is a very exciting future for this team by the time the next World Cup comes along but will they be able to finally land some serious silverware?

Belgium have competed in 13 World Cups over the competition’s history, making it out of the group stage on 6 occasions (in editions where a group stage existed), and being represented by 10 different managers at the tournament. Only eight other teams have made more appearances than Belgium, whose experience at finals has spanned the length of the competition’s long history, going all the way back to the inaugural World Cup in 1930.

Have Belgium Ever Won the World Cup?

Belgium have never managed to win a World Cup, coming closest with a semi-final run in 2018. For a country with fewer than 12 million people, they have certainly given a great showing over the years and their hard work has paid of in developing a team of global superstars. 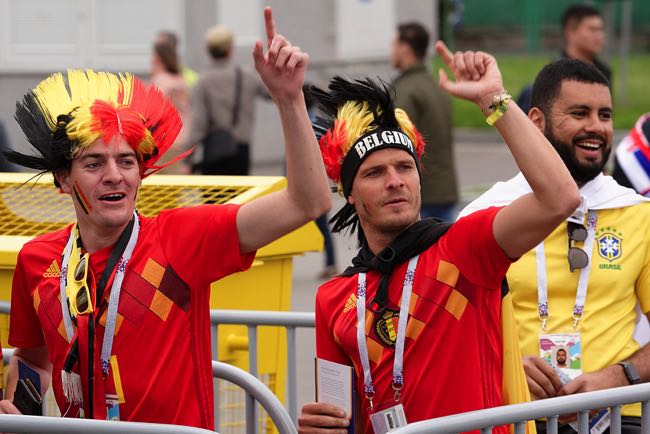 The team’s quality at competitions has varied greatly over the years, not qualifying seven times for the tournament. However, when they get things right, as they did in 2018, things go incredibly well, and they have made it to the semi-finals twice (only one fewer last-four appearance than England, it should be remembered!).

Scraping through the group stage as the best third place team, Belgium were drawn against the bookmaker’s favourites, the Soviet Union, in the Round of 16. In an exciting game that went to extra time, the Red Devils managed to draw level with the Soviets twice before finally winning the game in the 110th minute. This set up a quarter final game with Spain, that finished 1-1 after both the 90th and 120th minute, thus going to penalties. The Belgians, who had the brilliant Enzo Scifo among their ranks, managed to score all five of their spot kicks, scraping through for the third time.

The last four proved a step too far for them though and in the semis they were rather overrun by a rampant Argentina, with the legendary Diego Maradona scoring a brace to set up a final with West Germany. Argentina of course went on to win that final, so there was little shame in the Belgians’ performance against Maradona and co. Belgium themselves went into the rather meaningless play-off game where they took France to extra time in the third-place decider, eventually losing 4-2. None the less, they had set a national record for the furthest they had ever reached in the World Cup.

Belgium’s performance in 2018 was almost an opposite of the 1986 tournament in terms of the team’s dominance. They won all three of their group games, scoring nine goals, to set up a last 16 game with Japan. They beat the Japanese 3-2 thanks to a stoppage time goal from Nacer Chadli in a game where they had to come from 2-0 down.

In the quarters they made a strong start against Brazil and they made it into the semis for just the second time in their history thanks to a 2-1 win. Man City duo Kevin De Bruyne and Brazil’s Fernandinho (at the wrong end!) for the goals for Belgium.

Most pundits thought that the semi-final game between Belgium and France would determine who won the World Cup, and it did exactly that, with France winning 1-0 before going on to thrash Croatia 4-2 in the final. Belgium went on to play a tired England XI in the third-place play-off, winning 2-0 to mark their highest ever finish in the World Cup. 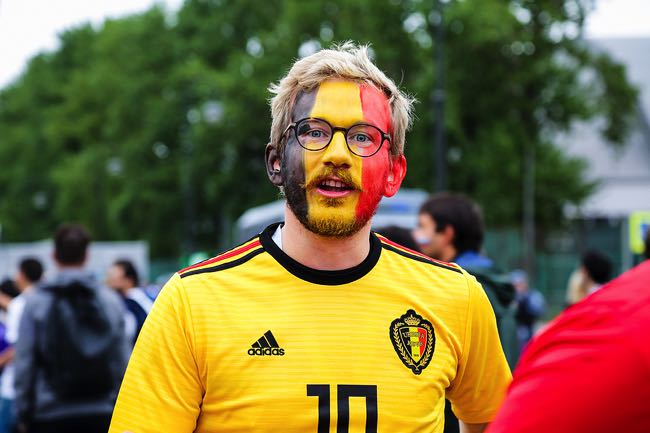 Belgium have never given a particularly poor showing at the World Cup finals, with perhaps their worst performance coming in the France 1998 tournament. Having not won a single game in the group stage, they finished third and were eliminated.

Yet even this was not a particularly awful performance by the team, respectably only conceding three goals in a group which contained the Netherlands and Mexico. They may not have won a game, but they actually did not lose one either, so it is perhaps a shade harsh to label this their worst ever World Cup.