Bookmakers are always looking for an edge, a way to attract punters to bet with them, but at the end of the day they need the majority of those punters to lose more often than they win, that’s their stock in trade. Unibet are a little different in that regard as their founder, Anders Ström, wanted to set up a betting company which gave its’ customers all the tools and information they needed to make wiser betting choices.

Unibet has always held the mantra of being there for their players. That underpinning has helped considerably with their growth over the years as their customers came to trust them, but that is just one part of the puzzle.

As we point out in our complete history of Unibet, their ability to predict where the market is heading and take full advantage of the latest technology are key strengths which have enabled this enviable betting company to go from strength to strength and in record time too. 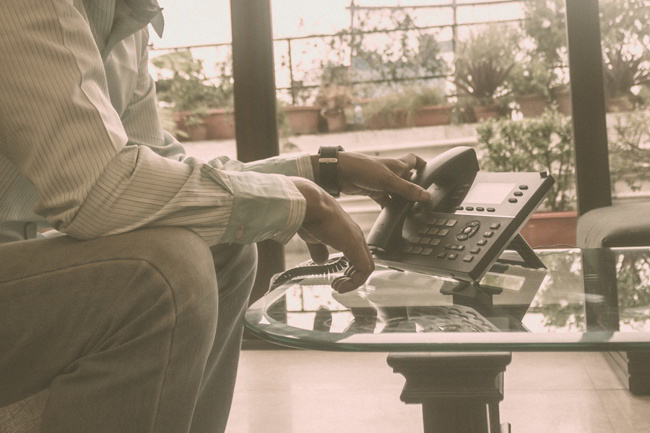 The start of any new business is always an exciting time, as the idea of often just one person begins to be turned into a reality. There was certainly a lot of excitement from Anders Ström when he founded Unibet from his flat in Earl’s Court, London back in 1997. It doesn’t get any more grass roots than that, does it?

Ström’s aim when founding Unibet was to treat punters better than any other bookmaker by giving them access to more information and all the tools they need to make informed decisions about what to bet on. He was an experienced punter himself so he had plenty of wisdom to pass on to those who wanted it, and no other bookie was doing anything similar at the time.

He was, by default, the original CEO of Unibet, and his first job was to take the business out of his bedroom and acquire a licence to start taking bets.

This he achieved in 1998, attaining a license to take bets over the phone. So Ström and his small team set to work offering their services to punters via telephone and trying to build a loyal customer base with their unique and helpful approach.

Ström was happy with the start that Unibet had made, but his goal was always for the company to have as wide a reach as possible. Like many other forward thinking entrepreneurs in the gambling industry, he realised that the internet was the framework on which the future of his company could be built.

Getting straight to task, in 1999 Unibet was awarded a licence to provide online gambling services to customers in Britain and Sweden, Ström’s home country. The company quickly launched their first websites in both English and Swedish, taking bets on a number of different sports before the off. They also doubled down on their ambition to be a bookie ‘By Players, For Players’ by becoming one of the first bookmakers to offer key statistics and information to help inform their customer’s bets.

While the early days of Unibet online were focused around Britain and Sweden, in order to utilise the internet to its’ full potential, Unibet had to be able to operate in other countries too. This was the basis behind applying for a Maltese Gaming Licence, as that allowed the company to register players in multiple EU countries. 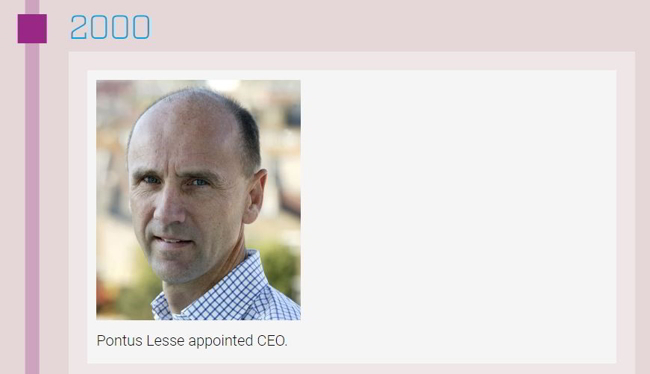 That first international gaming licence coincided with the appointment of Pontus Lesse as Unibet’s new CEO. That marked the end of Anders Ström’s tenure, but he remained very much involved in the running of the company and was a key voice in deciding how it would mature and expand over the years.

It is fair to say that these actions paid off handsomely, as by 2001 the company had translated the Unibet website into 12 different languages, helping them to pick up customers in 50 separate countries. That number increased further still by 2002, when Unibet reached the milestone of 200,000 customers across the globe, based in 80 different countries.

2004: Floating on the Stock Exchange

This rapid expansion had a snowball effect as word spread about the company – which was still barely 5 years old – and in  2004 the 200,000 customer milestone increased by half again, breaching the 300,000 mark and making the new betting company impossible to ignore.

This steady ascent in new customer numbers and the constant refinement and addition of products offered were just two key metrics used by the company as part of their decision to float on the Stockholm Stock Exchange in 2004. This raised funds for Unibet to put further growth strategies in place and really solidify their foothold in the gambling industry.

Unibet’s sportsbook offering was right up there with the best of their competition by 2004, but those in charge realised that sports betting alone was not going to be enough. They had to broaden their appeal and fend off competition by offering new products such as an online casino. Of course, creating your own online casino is a lot of work, so Unibet acquired one in the form of Belgian casino operator, Mr Bookmaker. This purchase was to prove the catalyst for a string of mergers and acquisitions, with Unibet ultimately operating many different brands under one umbrella.

This didn’t mean they took their eye of the ball in other areas though. At a time when more antiquated betting companies were still working on building a decent online presence, Unibet were already looking to the future by developing apps and a website that would work on mobile devices.

To get an idea of just how ahead of the game Unibet were; when they launched their first mobile betting platform in 2005, it wasn’t just mobile betting that was in its infancy but mobile internet in general. Apple were still two years away from launching their first iPhone and there were some who still considered internet betting a fad, let alone mobile betting.

A desire to provide an even better range of casino and games products and to grow their customer base in the Nordics saw Unibet make further acquisitions in 2007, their 10th year of business. Maria Bingo and Casino were added to the fold to which gave Unibet greater expertise and new brands to operate. Further acquisitions were made in the same year to grow Unibet’s market coverage in Australia, Denmark, Finland, and the UK.

When 2010 came around, the Unibet team had amassed a vast wealth of expertise due to the experience gained by their employees, smart hires, and their various acquisitions. Therefore, it made a lot of sense to put that expertise to work beyond the operation of their brands. Thus, their business-to-business company was born – Kambi.

Kambi signed deals with a number of betting companies, providing them with all the software required to operate a sportsbook and allowing those brands to get off the ground and start trading quickly. Their platform includes everything required such as the betting odds and markets, user interface, customer retention tools, etc. and has been used by bookmakers such as 888sport, 32Red Sport, and LeoVegas.

Around the same time, Unibet took a big step forward to ramp up its presence in Denmark when they acquired Bet24, a leading Danish bookmaker.

In 2013 they preempted the role online poker would play in the industry and partnered up with MPN Poker, a well known provider of online poker services. However, they soon moved their poker product to their own platform.

All of this good news for Unibet also strengthened Kambi’s position, and in 2014 the opportunity arose for it to be listed on the Stockholm First North Stock Exchange. As Kambi was 95% owned by Unibet, those shares were distributed between Unibet’s shareholders. The strength of Kambi as a business was made clear after just one day of trading, when it was valued in excess of £80 million. They now have offices all over the world. 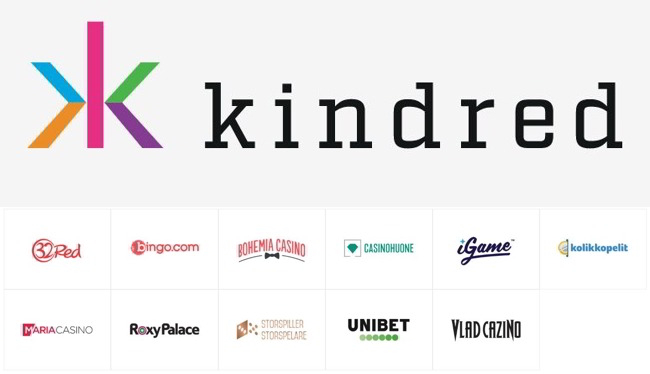 By 2016, Unibet was more of a family of brands, products, and services than an individual betting company, and the expertise and man power needed to operate such a diverse number of companies needed a new infrastructure. It became apparent that operating everything through the guise of Unibet was no longer practical, hence the birth of a new parent organisation, the Kindred Group.

At its formation, there were 11 brands operating under the umbrella of the Kindred Group. Each of those brands offered something different to customers and ranged from fully functioning betting companies such as Unibet, to online casinos such as 32Red, and bingo sites such as Bingo.com.

It might have been 12, as the well known British bookie, Stan James had also been bought by Unibet in 2015, but they closed it down and moved its’ customers to Unibet rather than running it as a competing company. 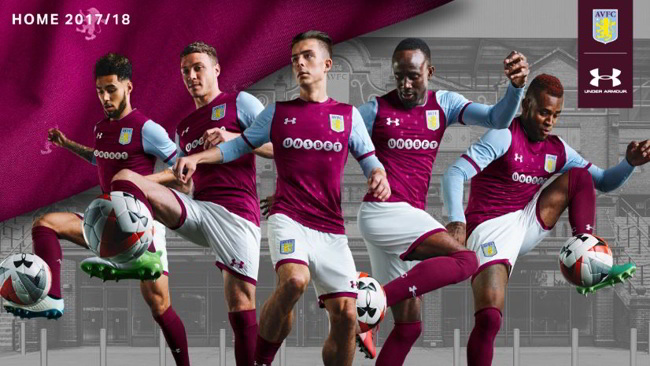 In 2017, Unibet became the main shirt sponsor of Aston Villa, marking a targeted move to mop up more football punters. It is far from the only move the company have made into football sponsorship though. They have also signed deals with Preston North End, Middlesbrough, and Leeds among other clubs.

Unibet have also signed some major sponsorship deals in other sports including as the sponsors of the Derby Festival at Epsom Downs, the Champion Hurdle at the Cheltenham Festival, and in 49 meetings at Kempton Park. They also have deals with Magnus Carlsen, the Norwegian chess grand master, and Astralis, an esports team who specialise in Counter-Strike: Global Offensive.

The company’s move on darts was perhaps the most inspired though. Given that darts has a significant following in not just Britain but most of the other major European markets in which Unibet has a strong presence, the fact that they have been sponsoring major Professional Darts Corporation events for some time is no surprise. They took things to a new level in 2018, however, when Unibet signed a deal to be the title sponsor for PDC’s huge travelling roadshow tournament, the Premier League. 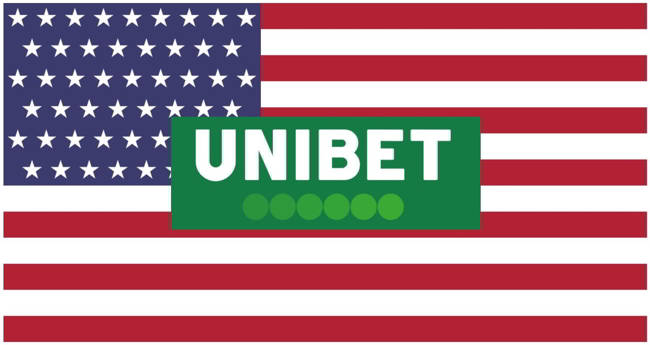 The Kindred Group had been hoping for many years that the regulatory situation in America regarding online gambling would change, and in 2018 they were finally able to make their first real mark in the USA. That came courtesy of their partnership with Hard Rock Hotel & Casino Atlantic City which began in August of that year.

New Jersey was one of the first states to legalise gambling, and Unibet were there to take advantage by immediately providing an online sportsbook. Just a few months later, in January 2019, Kindred Group signed a similar deal with Mohegan Sun Pocono Casino which saw them set up shop in Pennsylvania.

Unibet looked to capitalise on Kindred Group’s presence in America by continuing their sponsorship activities, this time on the east coast of the USA. The betting company signed sponsorship deals with the ice hockey team the New Jersey Devils and then with the 2018 Super Bowl champions, the Philadelphia Eagles.

It has now been more than 20 years since Unibet opened for business, and they have become a global conglomerate that is seemingly unable to make a wrong move. Their new American adventure has started true to form, and there is no evidence that things will go awry for the company once run from somebody’s bedroom.