They couldn’t repeat this feat in 2020 though, and although they made it to the qualifier playoffs, ultimately they couldn’t find their way to the finals.

Until finally reaching the European Championship finals in France in 2016, Northern Ireland had failed to qualify for 13 consecutive tournaments, which some would say is far from lucky. They did not enter qualification for the first European Nations’ Cup in 1960, so their first qualifying campaign was for Spain ’64.

Their one appearance at the Euros was a momentous occasion, and they performed well given the size of the nation (see below).

Have Northern Ireland Ever Won the Euros?

Northern Ireland have never won the Euros, which should come as no great surprise. In their one Euros appearance they finished in 16th place out of the 24 teams involved. 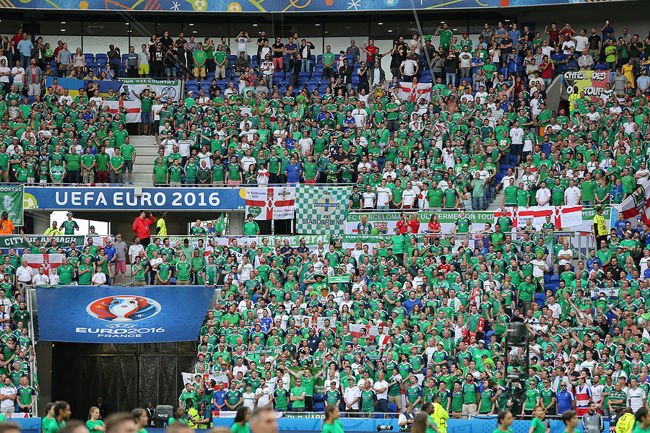 Northern Ireland reached the knockout stages in their first and only European Championship appearance to date in France in 2016. Michael O’Neill’s troops had a memorable qualifying campaign, shocking many by winning qualifying Group F. Norn Iron won six, drew three and lost one of 10 to finish a point ahead of Romania – Hungary, Finland, Faroe Islands and Greece were also in their group.

The Euro 2016 draw as not kind to Northern Ireland, as they were pitted against Germany, Poland and Ukraine in their group. O’Neill’s men started with a narrow 1-0 loss to the Poles in Nice before goals from Gareth McAuley and Niall McGinn gave them a crucial 2-0 victory over Ukraine in Lyon. Despite a 1-0 loss to the Germans in their final group game, the Green and White Army marched through to the knockouts as one of the best third place teams.

Fellow Brits Wales – who were also making their first European Championship appearance – were waiting in the Round of 16. It was a tense and tight game at the Parc des Princes in Paris, with an own goal from McAuley putting Chris Coleman’s Dragons through to the last eight in France, sending Northern Ireland home in the process.

Given that Wales then beat Belgium and only lost in the semi finals to eventual winners Portugal, there was no disgrace for Northern Ireland in losing to Wales. 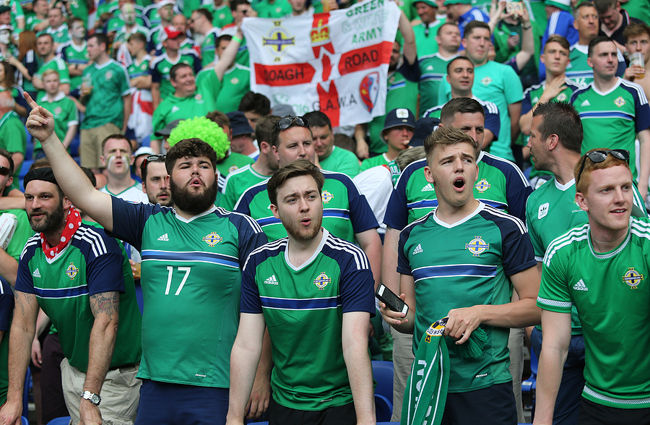 Northern Ireland have had a pretty terrible qualifying record over the years. However, they did go close on one or two occasions before reaching Euro 2016. They finished second to England in qualifying for Euro 1980, while they picked up five wins in the 1985 and 1992 qualifying campaigns. Northern Ireland won half of their 12 Euro 2008 qualifying fixtures, but Spain and Sweden finished above them in the end.