The 2018 World Cup in Russia is brilliant so far, and it could get even better as we head into the Semi Finals. England are going strong… but can they go all the way?

Betting on the World Cup

The FIFA World Cup is arguably the biggest tournament in any sport on the planet. The competition comes around every four years and is watched by millions of people worldwide – it is truly a wonderful spectacle.

In 2014, Joachim Low’s Germany came out on top, beating Argentina in the final by a goal to nil after extra-time at Brazil’s Maracana Stadium. Mario Gotze’s 113th-minute winner secured the Germans their fourth World Cup crown, having previously won the prestigious trophy in 1954, 1974 and 1990.

The 2018 World Cup took place in Russia for the first time. With the hosts already participating, 31 other countries from Africa, Asia, Europe, North and Central America, plus the Caribbean and South America battled it out to join them. The final was staged at the Luzhniki Stadium, Moscow, in front of almost 80,000 fans.

So it’s safe to say that the tournament is popular. Betting on the World Cup has become more and more popular too as the years have rolled by. Whether you are picking the outright winner, group winner, top goalscorer, team to be eliminated first, or the nation to finish bottom of their group, you can bet on just about anything and everything happening in the World Cup these days.

Even before all 32 participating nations have been decided, the bookies open up their World Cup markets nice and early so bettors can get stuck in. For instance, if you fancy backing the winner 18 months prior to a ball being kicked, the majority of bookies already have ante post World Cup markets open and prices available. Is this a great way to snatch some brilliant odds before they disappear, or is it a mistake to play your hand so early while so much can still change? Your call. 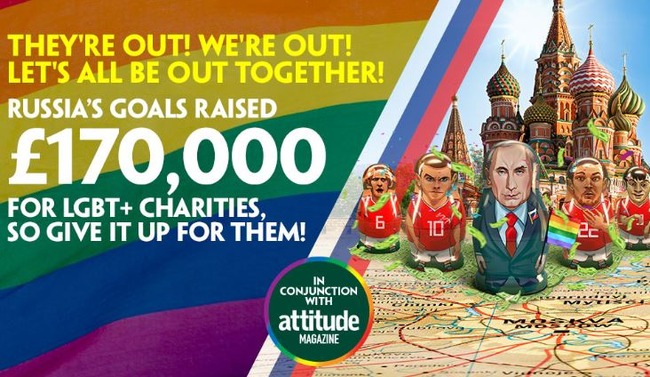 It’s always worth keeping an eye out for various offers and deals as the competition draws closer though, as practically all bookies will be running promotions leading up to the tournament. Whether that’s enhanced odds, boosted prices, money back deals, improved free bets or other new customer offers, some have an awful lot of fun with it as a matter of fact (see above).

So next time around, whether you fancy France to retain their crown, Brazil to top the scoring charts, England to fall in the group stage, or you think you know who will take the Golden Boot, betting on the World Cup has never been easier. 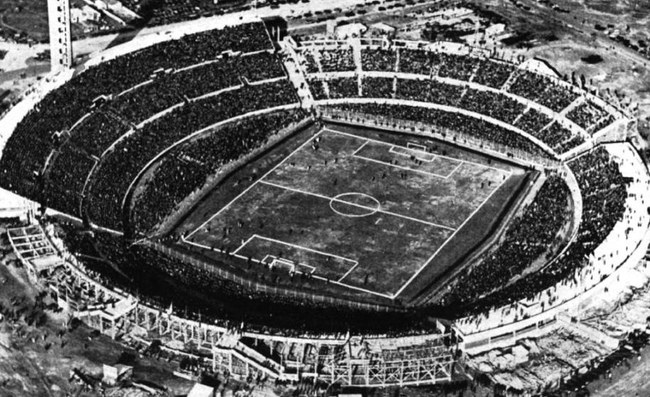 The first ever international football match took place in Glasgow in 1872, as rivals England and Scotland played out a 0-0 draw. Prior to the first World Cup, the initial international tournament was the British Home Championship.

FIFA was founded in 1904, and 1930 was the year of the first ever FIFA World Cup, which took place in Uruguay. The hosts went on to win the first tournament, beating fellow South American side Argentina in the final.

It was not until the 1950 World Cup in Brazil that a British team participated. In their first World Cup, England were knocked out in the group stage – a sign of things to come, perhaps?

Since 1950 the World Cup has been competed every four years spread across five different continents. Brazil have hosted two competitions, the most recent in 2014, while France and Germany have also staged two tournaments each.

The current format initially involves a qualification phase that takes place over a three-year period prior to each tournament. 31 international sides will make it through this round to join the hosts and compete in World Cup Finals, with all matches played at venues within the host nation(s) over a period of around a month. 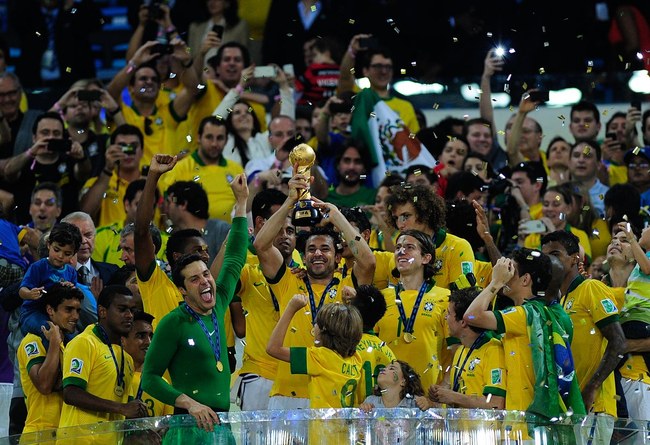 In terms of winners, Brazil have won the World Cup more than any other nation in history. However, the last of their five wins came back in 2002, so they seem to have come off the boil somewhat. Germany and Italy are tied with four victories each, while Argentina, France, and Uruguay have all won football’s ultimate accolade on two occasions.

England’s only victory came in their own tournament in 1966, and Spain, during their golden generation from 2008 to 2012, won the 2010 World Cup in South Africa in between winning back-to-back European Championships.