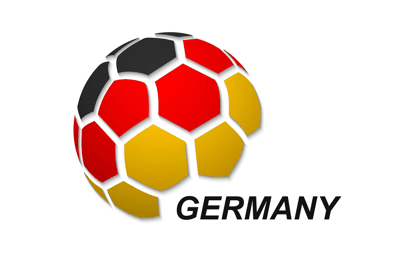 Germany are one of the most successful nations in European Championship history, winning the Euros on three occasions and featuring in the most finals. As West Germany*, they lifted the trophy in 1972 and 1980. The Germans picked up their third crown as just Germany in England in 1996. They jointly hold the record for the most wins of the tournament with Spain (who won it in 1964, 2008 and 2012).

Since winning their first European Championship in Belgium in 1972, Germany have qualified and participated in every single European tournament. They have only failed to progress past the group stage on three occasions (1984, 2000 and 2004).

*Note that a few months after the fall of the Berlin Wall, the football teams of East Germany and West Germany were unified as one national side. The country competed in its first European Championship in Sweden in 1992, finishing as runners-up to Denmark.

Germany are one of three nations to have won multiple European Championship crowns. In their first appearance at a European Championship tournament in 1972, West Germany left Belgium with the gold medal after beating the Soviet Union 3-0 in the final. That tournament included only four teams: West Germany, Soviet Union, Belgium and Hungary. They were champions again in 1980 in Italy and 1996 in England.

In 1980, at a tournament that included eight sides for the first time, the Germans beat Czechoslovakia and Netherlands (thanks to a Klaus Allofs hat-trick) and drew with Greece in their group. They then beat near neighbours Belgium 2-1 in the final thanks to a brace from Horst Hrubesch.

At Euro ’96 in England, the tournament had once again expanded, this time to 16 teams. Germany got the better of Czech Republic and Russia before drawing with Italy to finish top of their group. They then edged past Croatia 2-1 in the quarters to set up a semi final clash with hosts England. In tense affair, the game ended 1-1 and went – some would say inevitably – to penalties. The only player to miss was the man to later manage England, Gareth Southgate, and the Germans won the shootout 6-5. Germany beat a talented Czech Republic side 2-1 in the final with Oliver Bierhoff’s 95th minute Golden Goal ultimately proving decisive.

The Germans have also finished runners-up three times, with the last of those being in 2008, when they lost in the final to Spain in Vienna, Austria. Since their first appearance at the Euros in 1972, Germany have appeared in every European Championship to date, also playing the most matches with 49 in total (prior to Euro 2020).

When Did Germany Last Win the Euros?

Germany’s last European Championship success was in England in 1996. The Germans beat Czech Republic 2-1 after extra-time (with a Golden Goal winner) in the final at Wembley Stadium in London. 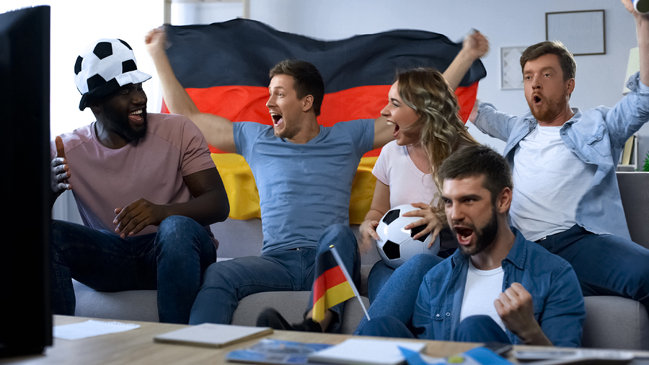 Germany have won the Euros three times, twice as West Germany and once as Germany.

In 1972, West Germany won their first crown. Only four teams participated in Belgium, with the host nation, Soviet Union and Hungary joining them in the finals. After beating the Belgians 2-1 in the semi-finals, West Germany eased to a 3-0 win over USSR in the final in Brussels.

West Germany then finished runners-up in Yugoslavia in 1976 before winning their second European Championship four years later in Italy. Eight teams battled it out in Italy, with the West Germans winning Group 1 with five points. Jupp Derwall’s side then beat Belgium 2-1 in the final in Rome.

Germany’s third and final European Championship trophy – and their first as the unified Germany – came in England in 1996. After narrowly beating Croatia in the quarter-finals, Die Mannschaft edged past tournament hosts England on penalties in the last four to set up a final tie with the Czech Republic. Two Oliver Bierhoff goals, with the last in extra-time, gave Berti Vogts’ men a 2-1 win in London. It was one of two European Championship finals to be settled by a Golden Goal (the other being France’s victory against Italy in the final of Euro 2000).

When West Germany won their first European Championship in 1972, the great Gerd Müller finished as the tournament’s top scorer with four goals to his name. Four years later, Dieter Müller won the Golden Boot. A German also finished top of the goalscoring charts in 1980, with Klaus Allofs netting three times in Italy. 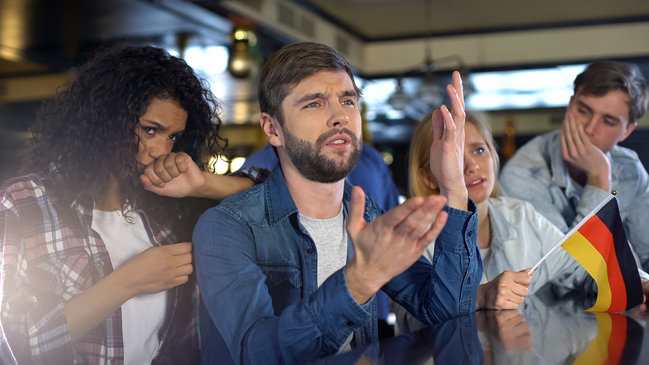 On the whole, Germany have an outstanding record at European Championship finals. However, they have had one or two tournaments to forget along the way. All things considered, Germany’s worst performance came in 2000: just a single point and only one goal to their name. We’re quite sure the joint hosts – friendly neighbours Belgium and Netherlands – felt a great deal of sympathy for the Germans!

After winning in 1972 and in 1980 as well as finishing second in between, West Germany failed to get past the group stage in 1984. The defending champions were poor in France, finishing third behind Spain and Portugal in Group 2 after losing narrowly to Spain and drawing with Portugal (though they did beat Romania).

They also failed to reach the knockouts in back-to-back tournaments at the start of the century. At Euro 2000, four years after winning in England, Germany finished rock bottom of Group A, with Portugal, Romania and England all finishing above them. Along the way, Erich Ribbeck’s men picked up only one point from a possible nine and scored just one goal.

Four years after their embarrassment at Euro 2000, Germany once again failed to get past the group stage in Portugal in 2004, and again failed to win a single game. Despite being one of the tournament favourites, Germany were knocked out with just two points to their name. Rudi Voller’s men drew with Holland and Latvia and were beaten by the Czech Republic in their final fixture.