One the big names of world football, Italy have appeared in ten UEFA European Championships, winning the competition twice. Gli Azzurri’s first European success came on home soil in 1968. They beat Yugoslavia in the final that year, but it took two attempts; the sides couldn’t be separated in the final and it ended 1-1 after extra time, so it went to a replay two days later which Italy won 2-0.

Their second victory came at Euro 2020 where they defeated England on penalties after they finished 1-1 after extra time.

Italy have also been runners-up on two occasions, in 2000 when they lost to France in the final, and in 2012 when Spain beat them. They failed to qualify for Euro 1992 in Sweden, but Italy have featured in every European Championship since.

Italy are without doubt one of the European powerhouses of international football and they are usually there or thereabouts in the latter stages of the tournaments, finishing runners-up in 2000 and in 2012.

When Did Italy Last Win the Euros?

Italy last won the title in 2021 at the slightly postponed Euro 2020. They snatched victory from England in the final on penalties after both regular time and extra time finished 1-1. 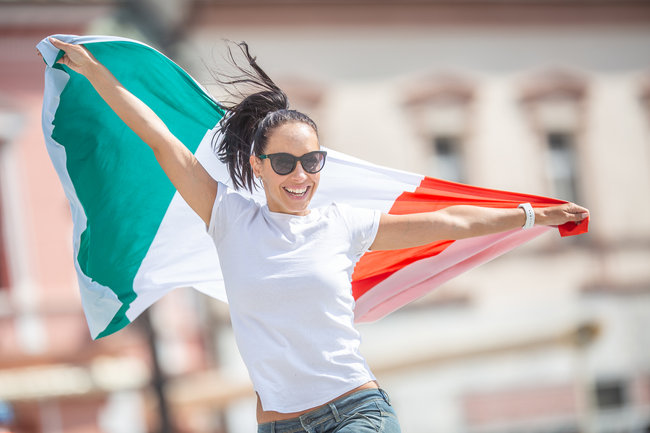 As mentioned, Italy have won just one European Championship. Only four teams participated in Italy in 1968, with Yugoslavia, England and Soviet Union joining the hosts in the finals. Italy beat Yugoslavia in the replayed final after the first game ended 1-1 after extra time.

After a 0-0 draw with Soviet Union in the semi-final, Italy’s passage through to the 1968 final was awarded via a coin toss. Yugoslavia narrowly beat England in their semi, setting up a final tie between the Italians and Yugoslavians at the Stadio Olimpico in Rome.

The final on 8th June 1968 ended in a 1-1 draw, which led to a replay two nights later. The hosts were quick out of the blocks in the second game, with Luigi Riva netting in the 12th minute to give Italy an early lead. The Italians extended their advantage 14 minutes before half time thanks to a Pietro Anastasi strike. Italy held on for a 2-0 win to secure their first and only European Championship trophy.

This really was the Italian’s tournament, storming out of the gates with two 3-0 victories over Turkey and Switzerland, before a less goal heavy but nevertheless confident 1-0 win over Wales. They finished top of their admittedly not all that difficult group, scoring seven and not conceding a single goal. They needed extra time to get past Austria in the round of 16 though, ultimately winning 2-1, before beating the hotly tipped Belgium by the same score inside of 90 minutes. The semi-finals set the Azzurri against Spain, and after a gruelling match which finished 1-1 after extra time, Italy won 4-2 on penalties thanks to Spain’s top scorer, Morata, missing his shot.

An even tougher battle awaited them against England who went 1-0 up after just 2 minutes, rattling the Italians for the first time in the competition. England’s momentum slowed, and Roberto Mancini’s men showed real resilience and determination before finally finding the net at 67 minutes after half an hour of pummelling England’s defence.

Yet they couldn’t beat Jordan Pickford twice, and once against the game went to extra time and then penalties. It’s probably fairer to say that England lost the shootout than to say Italy won it, since Andrea Belotti’s effort was saved giving a boost to England early on. However, three below par attempts from Rashford, Sancho and Saka gave Italy the trophy, along with some fine work between the posts from Gianluigi Donnarumma.

Italy lost in the final to Spain in 2012, when Gli Azzurri were thumped 4-0 by Spain in the final. Italy finished fourth in West Germany in 1988 and fourth on home soil in 1980, but their showing in 2000 was without doubt their best non-winning performance.

The Italians, then managed by Dino Zoff, were seconds away from lifting their second European Championship trophy. However, France had other ideas, with Sylvain Wiltord’s last-gasp equaliser forcing extra time in Rotterdam. Minutes before penalties, David Trezeguet’s Golden Goal won it for France. Still it was a decent effort with Italy having won all three of their group games (against Turkey, Belgium and Sweden); they then beat Romania in their quarter final and edged past the Netherlands on penalties in the semis. 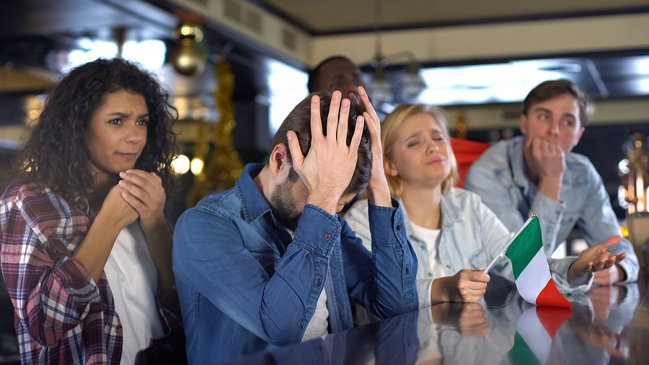 Before winning the tournament in 1968, Italy had failed to qualify in 1964 (they didn’t enter the inaugural tournament in 1960). They also missed the chance of defending their crown by failing to reach Euro 1972 and then stumbled again to miss out on Euro 1976. The Italians also failed to qualify for Euro 1984 in France and Euro 1992 in Sweden. Since then, though, they have featured in every European Championship competition.

Italy have progressed past the group in each of the last three European Championships (2008, 2012 and 2016), but they were knocked out in the group in 1996 and 2004. At Euro ’96, Italy finished third behind Germany and Czech Republic in Group C, winning one, drawing one and losing one.

Despite picking up more points, their showing in Portugal in 2004 was arguably a poorer overall performance. Italy’s star-studded team, managed by Giovanni Trapattoni, were knocked out on head-to-head goals. They were the strong favourites to win the group, but Sweden and Denmark went through. Italy’s only win was a narrow 2-1 victory against relative minnows Bulgaria in their final group game, which was still not enough to put them through.