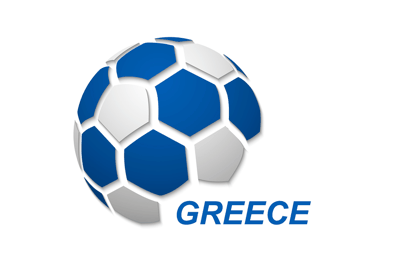 Greece are not a giant of the sporting world, despite their historic connection with the Olympic Games, and they have competed in only four European Championships over the years. However, rather putting England to shame (the Three Lions never having lifted the Euros), they shocked the footballing world when they went all the way in Portugal to win UEFA Euro 2004. They were also quarter finalists in 2012, although those two tournaments were rare highlights given they have failed to qualify for 12 of 16 finals.

As said, the Greek national team has only featured in four European Championships, failing to get past the group stage in two of those. Greece’s first tournament was in Italy in 1980, the first time this competition was expanded from four, to eight teams. That turned out to be their only European Championship appearance until winning Euro 2004, some 24 years later.

When Did Greece Last Win the Euros?

Greece’s one and only major tournament win came at Euro 2004 in Portugal. 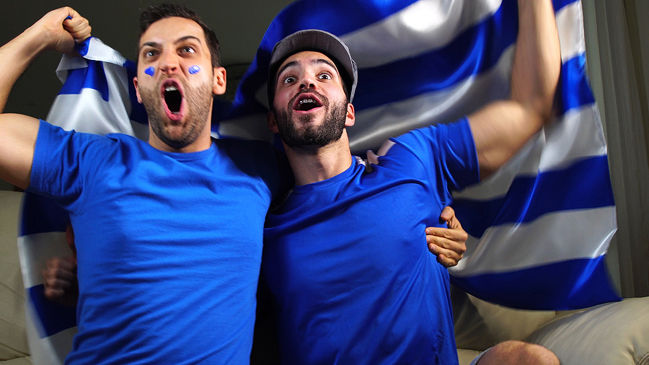 Greece were 150-1 outsiders to win Euro 2004, with only minnows Latvia less fancied. Canny punters at the time may have questioned those odds though as they headed to the finals in stunning form. They had lost their opening two games, away in Ukraine and in Greece against Spain. But under the experienced German boss Otto Rehhagel they bounced back in fine style, winning each of their last six qualifiers to beat Spain to top spot in their qualifying group.

Euro 2004 – Greeks Cause a Huge Upset in Portugal

Part of the reason the Greeks were such long odds was their tough draw. They went up against tournament hosts Portugal, Spain and Russia in the finals. After a shock 2-1 win over the Portuguese in the opening game of the competition, the Greeks then drew 1-1 with Spain in Porto before losing to the Russians in Faro. This was hardly the form of champions but Greece went through on four points, pipping the Spaniards to second place on goals for.

In some ways it is surprising that it was their offensive prowess that secured them a knockout berth. Most people remember Greece’s success as one of a dour team that was defensively very well organised. That is probably fair and many who value the skills of defence will say that a team that doesn’t concede a single goal in the knockout phase fully deserves to lift the trophy.

Greece carried on causing upsets in Portugal, beating France 1-0 in the quarter finals before edging past Czech Republic in extra time after a 0-0 draw in Porto at the semi final stage. Rehhagel’s men met Portugal once again in the final, with Andreas Charisteas’ goal, the only one of the game, giving Greece a memorable win in Lisbon.

Eight years after winning in Portugal, Greece advanced past the group stage at Euro 2008. Managed by Fernando Santos – who would go on to win Euro 2016 with Portugal – the Greeks beat Russia and joint hosts Poland to second spot in Group A. Unfortunately, the Germans were waiting in the last eight, with Greece falling to a 4-2 defeat to Joachim Low’s troops in Gdansk.

Greece failed to qualify for the first European Nations’ Cup in France in 1960 before missing out on Euro 1968, 1972 and 1976. Their first European Championship appearance was in Italy in 1980 and they hardly set the tournament alight, being ranked last of the eight sides to make the finals.

They then failed to qualify for the next five European competitions before their shock win in Portugal in ’04. Greece also featured at Euro 2008 and Euro 2012 but were absent from Euro 2016 in France, finishing bottom of qualifying Group F with just six points to their name in a campaign that saw them use three managers! They also failed to qualify for Euro 2020 (or Euro 2021 if you prefer!).

Greece went into Euro 2008 as reigning European champions, but they finished the tournament with the worst record of any nation. The Greeks started with a 2-0 loss to Sweden in Salzburg before a 1-0 defeat to Russia in the same stadium saw them eliminated from the tournament. There was more misery in their final group game, as Otto Rehhagel’s troops were beaten 2-1 by Spain in the Stadion Wals-Siezenheim. Greece finished in 16th place, collecting the least amount of prize money in the process and managing to score just once.