Punters are always on the lookout for a big win. We spend a great deal of time and effort pouring through the stats and trends to pick out the bet that might just be the one to change our lives. For many, that quest for the big win is a continual draw, but what happens when you actually win a huge amount of money? That was the question posed to Andrew Black in the late 1990s.

Black had a fair amount of success as a punter, to the point where he had made betting his main job for a while. Rather than sticking to life as a professional gambler, Black decided that he would use the knowledge he amassed during his time wagering to try and do something different. Enter Edward Wray.

Just before the turn of the century, Wray was a well-educated, successful businessman working as a Vice-President at the American banking giant, J. P. Morgan. Like Black though, he had a hankering to branch out and do something of his own so it was perhaps no surprise that he jumped at the chance to work on what would become Betfair when Black told him about his idea: a betting exchange modelled on the way the financial markets work.

After initially struggling to raise money from industry, Black and Wray cobbled together around £2 million in funding from friends and family (clearly they had richer friends than we do!), including £60,000 of their own money. They used that money to get to work and launched the Sporting Exchange in 1999. The pair were not actually first to market with the idea of a betting exchange but they were the best equipped to develop and expand such a business and eventually ended up acquiring some of their early competitors.

Despite regulatory challenges from the established bookmakers, Betfair quickly established itself as the number one betting exchange in the world. The company would go on to branch out into all sorts of different avenues, eventually becoming part of one of the biggest betting companies in the world. This is the story of how Betfair went from a single big idea to a gambling behemoth.

1999: The Sporting Exchange is Formed

Andrew Black’s idea was all about taking the power away from the bookmakers and giving it to individual punters. His and Edward Wray’s experience working in finance gave them a solid understanding of the way the markets bought and sold positions which is basically just another way of betting on an outcome in the way a punter might ‘buy a position’ in a horse winning the race.

They used their initial funding to work on the proprietary software that would bring their idea to life. The idea was brilliant in its simplicity: allow punters to set their own odds by betting against each other rather than a bookmaker. Bringing it to life was a different matter entirely though, as the exchange required some serious techie work and a rock solid set of rules to ensure its smooth operation.

After all the hard work behind the scenes came the 6th of June 2000, and it was time for Betfair to launch. The Epsom Oaks became the first ever event traded on Betfair with Love Divine winning. Only 22 people took the plunge and had a bet on Betfair’s opening offer, and most of them were people who already worked for the company at their Hammersmith headquarters.

It may have been the softest of soft launches for the company but that race started the ball rolling for a business that would have an incredibly large role in the betting industry of the future. By allowing punters to set their own odds the prices available on Betfair were eye-catching, and it quickly became the go-to place for those on the lookout for good value.

2001: The Start of the In-Play Revolution

Betfair may not have been first to market with the betting exchange – their early competitors include Betdaq who still operate and are now owned by Ladbrokes, and Flutter, who would go on to be acquired by Betfair in 2002 – but they had a hard earned reputation as innovators in the world of online gambling.

The betting exchange was, in itself, revolutionary. The amount of education that was required to win over punters more used to traditional bookmaking was an early stumbling block and the response from the industry was far from positive (more on that later) but Betfair revelled in their billing as industry disruptors.

2001 saw Betfair introduce one of their most impactful innovations to the marketplace – in-play betting. Starting with a select number of high profile events, the market operators at Betfair allowed users to keep trading their positions after they began. Thus the in-play revolution was born, with a 2018 survey suggesting live betting (in-play) is utilised by over a quarter of all online punters.

Betfair were not shy in telling punters what a good deal they could get on the new betting exchanges. They spent a lot of money on advertising to attract new customers and on infrastructure to ensure the robustness of their website. Initial growth on Betfair was impressive with the amount of money matched on the exchange increasing by an average of 5% each week. 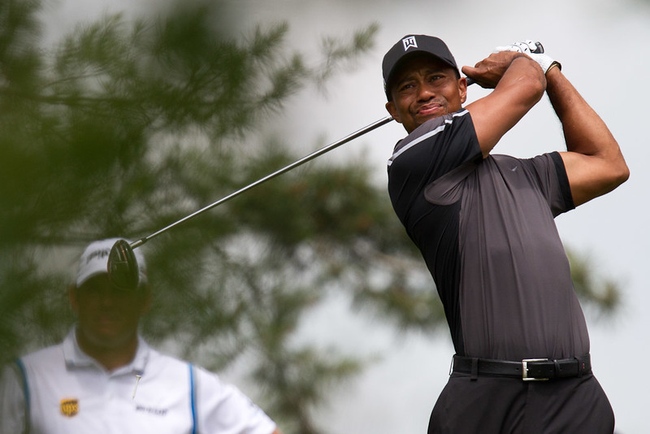 That early growth inevitably saw the first £1 million market. In fact, almost £2 million was matched on the 2002 Masters with over £1 million traded on the eventual tournament winner, Tiger Woods. That and other milestones were celebrated inside the Hammersmith HQ but trouble was on the horizon.

A number of traditional bookmakers raised legal challenges to the right of betting exchanges to operate. Initially, they argued that players on the exchange were effectively operating as bookmakers without passing the necessary regulatory checks.

Ultimately, the courts came down in favour of Betfair and the traditional bookmakers had to accept that betting exchanges were here to stay. Moreover, the bookies had to start offering better value to their punters, reducing the overround they built into their markets, to maintain their competitiveness in comparison to the exchanges.

2010: Betfair is Floated on the Stock Exchange

Given the similarity between the betting exchange and the stock exchange it was perhaps fitting that Betfair was floated on the London Stock Exchange on 22 October 2010. Getting to the point where the flotation was possible took a huge amount of work from the Betfair staff and many of them were rewarded with shares in the company.

The biggest winners, however, were Ed Wray and Andrew Black. They took a gamble on the company and poured in everything they had to make Betfair a success. The flotation of the stock exchange was the reward for their hard work and they both earned millions of pounds as the company was given an initial valuation of £1.4 billion.

2012: The Betfair Sportsbook is Officially Launched 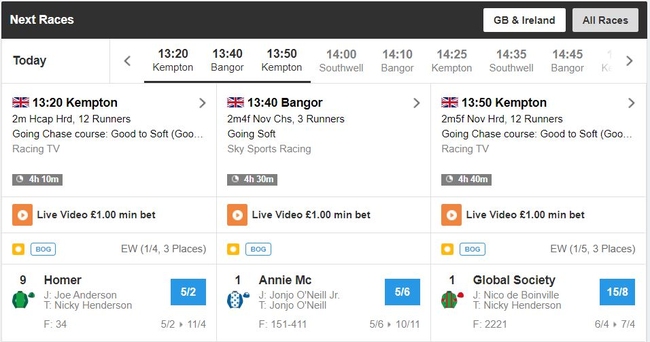 Betfair’s reputation and growth all stemmed around the exchange but the company had been offering a sort of sportsbook in the background for a while. As well as offering a fairly comprehensive multiples product, Betfair also used their own funds to seed certain exchange markets (ie, Betfair acted as the layer).

With ambitions to grow further than ever, the Betfair higher ups decided that they had to expand into new areas. Namely, it was time to open up a fully functioning sportsbook. The initial justification for users and staff who were unhappy with the new direction was that a sportsbook would be able to provide cover for areas in which Betfair was lacking. An example would be horse racing betting early on the day of a race.

Betfair quickly went way beyond this initial aim though, and opened up a sportsbook which looked, felt, and worked much like many of the traditional bookmakers they had long been competing against.

Despite initial reservations, the Betfair Sportsbook has proven to be a success. The website works in such a way that users can quickly switch between the sportsbook and the exchange to support whatever style of betting best suits their needs at the time.

2012: Cash Out Changes the Game Again 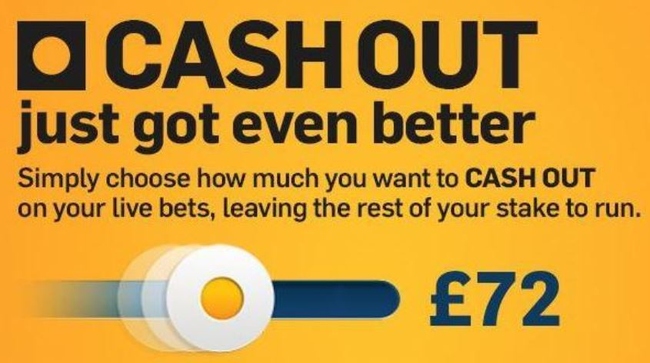 Those who were worried that Betfair had lost their innovative edge with the launch of their sportsbook were happy to see the company bring a new product to market in 2012. Betfair’s Cash Out brought the sort of control that traders had on the exchange to the sportsbook, allowing punters to confirm a net win before an event ended or to limit their losses when things went against them.

Betfair started offering Cash Out on in-play sportsbook markets but quickly expanded to offering it on ante post positions and multiples as well. They even introduced a slider which gave maximum control to punters by allowing them to leave a part of their stake live whilst taking some of it out. It didn’t take long for this new innovation to become very popular with punters and it was soon being copied by other bookmakers too, proving that Betfair still had a knack for changing the sports betting landscape. 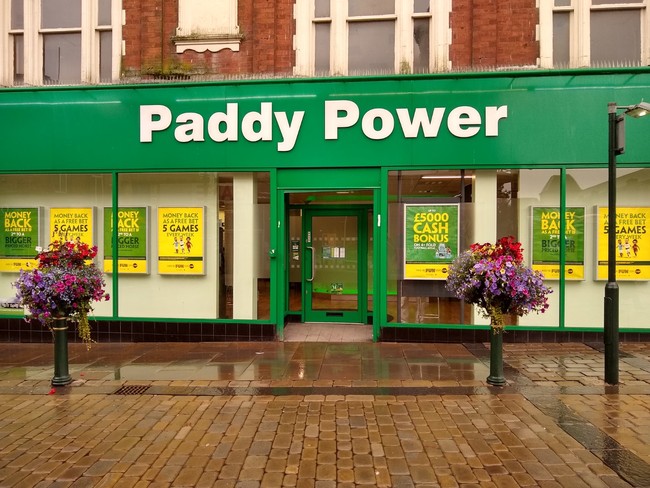 Betfair’s move into sports betting, online gaming and casinos, bingo, and even poker saw the company move away from its routes to become more of a fully rounded company. At the same time, the business was reorganised behind the scenes with some of the workforce in Malta and Hammersmith relocated and a new office opening up in Dublin. Much of the sportsbook operation was based in the Irish capital which is also home to Paddy Power and the strategic move became all the clearer in 2015 when discussions between Betfair and Paddy Power began.

The merger of the two separate companies formed one new company called Paddy Power Betfair, and this was finalised on 2 February 2016. Although the two continued to operate as separate brands, they pooled resources and the merger was actually structured as a takeover of Betfair by Paddy Power. The new company was headquartered in Dublin.

Paddy Power and Betfair operated as competitors for most of their history but they both had reputations for doing things a little bit differently and for being forward thinking in their approach. They proved those credentials again first with their merger and then with a further move to expand into the rapidly growing and increasingly regulated American market.

Their first step Stateside came with the acquisition of DRAFT, an American fantasy gaming company who operated a huge number of fantasy and draft games, in 2016. They then went even further in 2018 following the US Supreme Court’s decision to allow states to decide the legality of online sports betting.

Paddy Power Betfair merged once more, this time tying up its US operations with the huge FanDuel to become FanDuel Group in the States.

The parent company pulled on the expertise of the workforce from all of the companies who formed the organisation including Betfair’s, by setting up physical sports betting locations as well as new and improved websites. Further international growth followed with the purchase of one of Georgia’s (in the former Soviet Union) biggest betting companies, Adjarabet.

With so many different assets to manage, it was time for another reorganisation. Thus came the decision to rebrand the group as Flutter Entertainment. This genuine betting behemoth is a very long way from where Betfair started, as a simple idea discussed by two friends, but there is no doubt that it retains many of the principles and ideals of those early days.