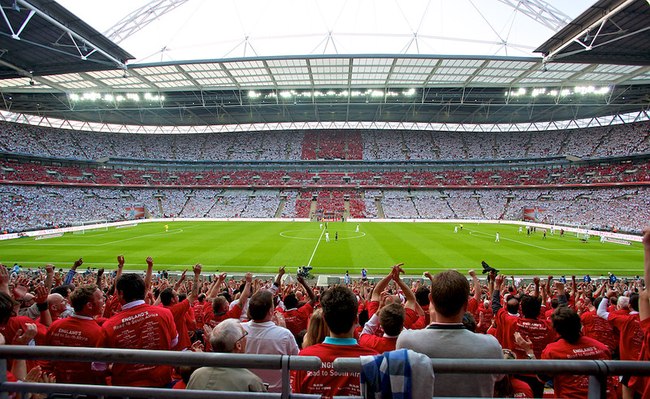 Football, the beautiful game we know and love, was born in this green and pleasant land, so it seems only fitting to take a closer look at the history of England’s very own national side.

There has rarely been a dull moment being a fan of England over the decades, whether they have been exciting highs or heart breaking lows, the Three Lions have certainly kept us on our toes.

Here we focus on the history, the records, the characters, and the trivia of one of world football’s most recogniseable teams.

England played their first ever fixture on 5th March 1870 against Scotland. With this being the first international match ever to take place, England (and Scotland) are officially the oldest national team in the world. The first meeting was entirely organised by the Football Association, but for the reverse fixture that took place on 30th November 1872, both teams were independently selected. Because of this, the game played at Hamilton Crescent in the winter of ’72 is the one that is deemed to be the first official international game of football. 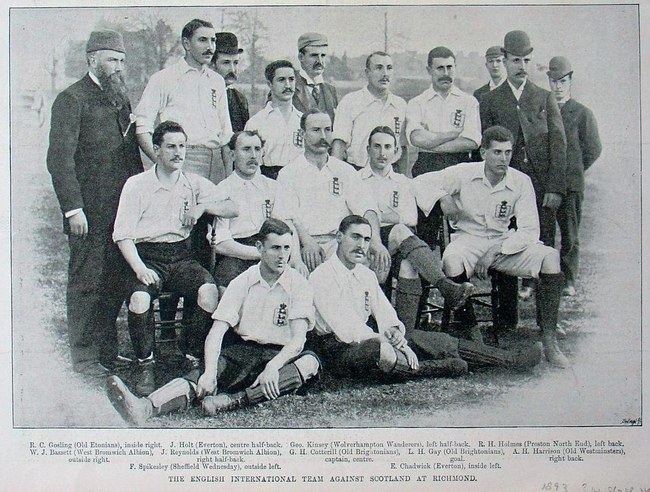 With few other teams around to play, England were limited to playing the Home Nations of Scotland, Wales, and Ireland. A formal competition among them, the British Home Championship, was introduced in 1884, with Scotland winning the inaugural season. World football’s oldest international competition lasted 100 years before it was eventually abandoned.

For decades England had no proper home ground, but this was rectified in 1923 when Wembley (now Old Wembley) opened and became the main base for the Three Lions. The official capacity of the £750,000 building was 127,000, although during the 1923 FA Cup Final between Bolton Wanderers and West Ham it is believed 300,000 people crammed themselves in. These were the days before health and safety.

Due to a dispute with FIFA, England left the footballing governing body in 1928, 22 years after initially joining. This meant that England were unable to take part in any World Cups until they eventually re-joined in 1946. The year they returned was also the year England hired their first full-time manager, Sir Walter Winterbottom. His responsibilities did not go as far as picking the team, however, as this was handled by a committee until Sir Alf Ramsey’s appointment in 1963.

England hosted their first World Cup in 1966 and playing on home turf worked wonders for them.

After a slow start drawing 0-0 with Uruguay, England defeated Mexico and then France 2-0 on both occasions, and interestingly enough both goals were scored at the exact same time in both games; the 37th/38th minute, and the 75th minute.

A 1-0 victory over Argentina saw them through the Quarter Finals and on to face Portugal in the semi’s, whom they overcame with a 2-1 win. And so Sir Alf Ramsey had guided his men to the final where they took on West Germany in front of a packed out crowd at Wembley Stadium.

Along with the many home supporters in the stadium, 32.3m Brits watched the game on TV screens, making it the most watched television event in British history. It took extra time to separate the two sides, but two goals – including a famously controversial one from Geoff Hurst – secured England’s first-ever World Cup win.

No matter when you are knocked out of the World Cup, it’s not an easy moment. More than once, however, England have found themselves on the receiving end of some particularly cruel defeats.

In 1986 under Sir Bobby Robson England reached the quarter finals only to have their hopes of going further dashed by two goals from Diego Maradona, one coming courtesy of an infamous handball that has never been forgotten or forgiven.

Penalty shootouts have most frequently been the cause of tears for most English fans though. The squad suffered this agonising method of departure in 1990, 1998, and 2006 (plus 3 more times in the Euro’s) and this poor fortune gives all England fans the jitters whenever matches aren’t settled by the end of extra time.

On other occasions, England have suffered the embarrassing feeling of not even reaching the finals. The 1966 champions failed to qualify in 1974, something which led to the dismissal of Sir Alf Ramsay after 11 years in charge. 20 years later, and the same disastrous situation occurred once more, this time under the heavily criticised reign of Graham Taylor.

The European Championships began in 1960 but it wasn’t until 1968 when England made their first appearance, finishing third out of the four nations involved. Maybe they should have stopped there.

England struggled to make any sort of impact on the competition until they hosted it for the first time in 1996, the same year in which the tournament was increased to 16 teams. The hosts faced Germany in the semi-finals at Wembley and the match was decided by the dreaded penalty shootout. All takers had scored until the first round of sudden death, when Gareth Southgate saw his effort saved by Andreas Kopke.

(In a rather poetic turn of events, it was Gareth Southgate’s England side that won the nation’s first ever World Cup penalty shootout in 2018. Southgate was the first to comfort the Columbian player who missed his penalty, knowing all too well how he must be feeling.)

Penalties would decide England’s fate again in the quarter-finals of both the 2004 and 2012 European Championships. As in 1996, the shootouts only brought misery and England were knocked out by their inability to convert from 12 yards. Perhaps the only thing worse than a shootout defeat is not making it to the finals at all, and this is something which happened in 2008 as England fell a point short of the top two automatic qualification places, Croatia and Russia beating them to it.

Plenty of famous names and talented players have put on England’s white, red or blue shirt over the years and many of them can justly be called legends of the game. There is no right answer when picking the strongest XI over the generations, but some of the best candidates feature in the video below:

Paul Gascoigne v Scotland (1996) – A simply majestic goal in its own right, made extra special by the fact that it was scored at Wembley against one of England’s fiercest rivals. Having just seen a penalty saved while 1-0 down, Scotland were back defending moments later as England began attacking down the left flank. The ball was played into Gascoigne who, with his first touch, looped the ball over Colin Hendry’s head and before it had even had time to bounce again, rifled a volley into the bottom corner.

David Beckham v Greece (2001) – The Three Lions were 2-1 down against Greece with just seconds remaining and needing a point to qualify for the World Cup. Despite being almost 35 yards out, Beckham managed to pick out the top corner with a beautiful curling freekick which left the keeper rooted to the spot. It was an all or nothing moment and one which provoked some of the most jubilant scenes among the England faithful.

Joe Cole v Sweden (2006) – In terms of technique, this is undoubtedly one of the best goals ever scored at the World Cup. England were facing Sweden in the group stages when a cleared cross fell to Joe Cole 35 yards out. There looked to be no danger to speak of, but the Chelsea man had other ideas as he chested the ball and sent an audacious outside of the boot volley back towards the Swedish goal. The strike swerved and dipped over the huge frame of Andreas Isaksson and into the top corner. 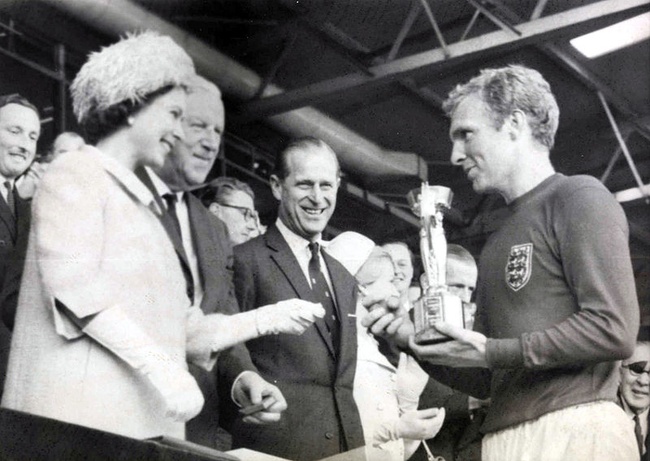 England 4 – 2 West Germany (1966) – A game with truly everything at stake as England faced a talented West German outfit in the World Cup final. With England up 2-1, it looked like their first major trophy was within reach, but an 89th minute equaliser from Wolfgang Weber forced extra time. This is when Geoff Hurst took the game by the scruff of its neck, scoring two more goals to make it a hattrick and seal the win, including the famous ‘did it cross the line’ strike.

Germany 1 – 5 England (2001) – Victory over one of your biggest rivals always tastes good, but a thrashing like this will live long in the memory of England fans. The visitors began a goal down before upping the ante in an absolutely thrilling display of football. Michael Owen contributed a hat-trick, Steven Gerrard scored a crispy half volley from 30 yards and as the song goes, even Heskey scored. The country rejoiced, with one brewery even creating a celebratory ale called Golden Balls (Beckham’s nickname for a while). The strength? 5.1%.

Argentina 0 – 1 England (2002) – After qualifying for the 2002 World Cup by the skin of their teeth, England faced a tough group game against Argentina. The two old foes had met 4 years earlier in a match which featured an infamous David Beckham red card and a crushing penalty shootout defeat for the 10-man England team. This past anguish made the win all the sweeter, and it couldn’t have been more perfect when David Beckham, vilified for his sending off 4 years previous, became the hero as he scored what would be the winning goal just before half-time. 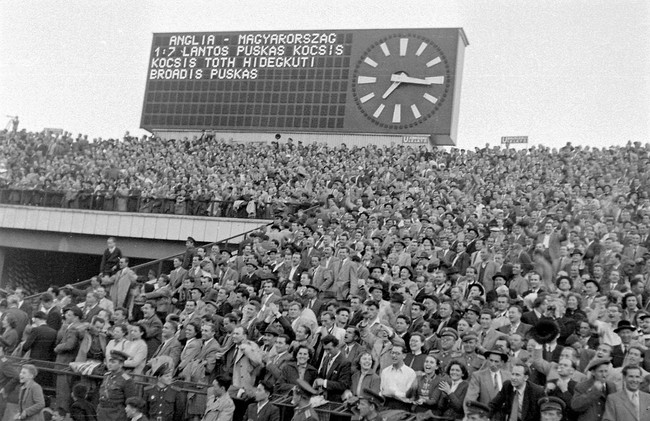 United States 1 – England 0 (1950) – England approached their first ever World Cup as the 3/1 favourites but their talented squad failed to make it past the group stages following this defeat. America had hastily put together a squad of amateurs and semi-professionals who didn’t look like standing even the slightest chance. Such was the perceived difference in quality between the sides, one English paper quipped that it would only be fair if the U.S had a three goal head start. England bossed possession but a goal from Joe Gaetjens secured a famous win in what remains to this day as one of the most shocking World Cup results ever.

England 2 – 3 Croatia (2008) – Croatia were by no means a bad side coming into this decisive Euro 2008 qualifying match at a wet Wembley Stadium, but this didn’t soften the blow much. The home side needed just a draw to qualify for the finals but they found themselves 2-0 down after just 15 minutes, one goal coming thanks to an error from goalkeeper, Scott Carson. Despite pulling the game back level, a long range strike from Mladen Petric broke English hearts and their manager, a glum looking Steve McClaren, acquired the nickname ‘Wally with the Brolly’.

England 1 – 2 Iceland (2016) – Despite their tiny population and minnow status, Iceland fully deserved their place in the last 16 of Euro 2016. The nation ranked 34th in the world were very much the underdogs when facing England however, a side that boasted a vast array of Premier League stars. Wayne Rooney fired England ahead early on but Iceland quickly responded with two goals of their own and defended their lead with some degree of comfort for the remaining 72 minutes. The toothless display from England led to the resignation of Roy Hodgson just a day later.

Here are the players who have represented England on most occasions.

It took him a long time, but in 2015 Wayne Rooney surpassed Bobby Charlton to become England’s all-time leading scorer. 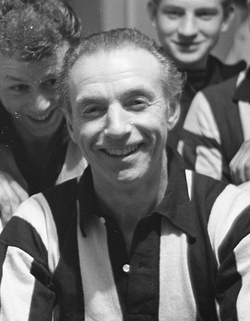 At 42 years and 103 days old, Stanley Matthews became the oldest ever player to represent England during a qualifier against Denmark in 1957.

The oldest player to represent England in the World Cup finals is Peter Shilton; the England captain was 40 years and 292 days old when playing in England’s final game at Italia 90, the third place play-off.

No player has played under more England managers than Gareth Barry, who reached a tally of eight during an international career spanning 12 years.

England’s biggest margin of victory came in 1882 as they demolished Ireland 13-0 in Belfast.

Their biggest ever defeat came at the hands of Hungary who were ranked the number one side at the world at the time. The 1954 match in Budapest ended 7-1 to the Hungarians with two goals coming from Ferenc Puskas.

The fastest goal England have conceded was against San Marino of all nations, the famous goal coming just 8.3 seconds after kick-off.