The Champions League is a football tournament that oozes money, skill, and the biggest stars in the world. But whether you are rooting for Barcelona or Brondby, there is money to be made by betting on Europe’s premier club competition.

The Uefa Champions League is a 32-team tournament involving sides from all over the continent. Some of the sides automatically qualify for the group stage of the competition via their domestic league (it’s the top 4 in the Premier League) while others have to go through a qualification process if they didn’t do so well.

Winning the tournament is widely considered the greatest achievement in club football, and the knockout stages of the competition, in particular, make for gripping viewing towards the end of the season.

The most successful team in the competition are Real Madrid, who achieved ‘La Decima’, their 10th European Cup title in the 2013/14 season, with the likes of Cristiano Ronaldo and Gareth Bale at the fore. They then added an 11th, 12th, and 13th title in 2016, 2017 and 2018 respectively, becoming the first side to retain the cup in its modern format.

On this page, we will bring you a whole host of stats, facts, and information about the Champions League itself.

Betting on the Champions League

In any given season it is no surprise to see the same teams at the top of the betting to win the Champions League: Bayern Munich, Real Madrid, and Barcelona. Throw in Juventus, PSG and perhaps some of the English sides and you’ve probably got the winner amongst them.

But betting on the outright winner is just one of a plethora of Champions League betting options. With upwards of 100 markets for each of the group games plus other bets based around specific groups, the countries of the teams involved, the top scorer in a given group or in the tournament… well, the list goes on and on.

In short, betting on the Champions League is almost as varied and potentially exciting as betting on the Premier League. With so many top-class games you are generally spoiled for choice, and there is always value to be had if you think before you bet.

For instance, betting on a low-scoring match can pays dividends in a final group game between two sides who’ve already qualified. Back in the day, backing Cristiano Ronaldo to score seemed to pay off rather regularly too. But really, if you study the stats and make informed rather than rash picks for your bets, you have a good chance of making a decent net win when betting on the Champions League.

A Brief History of the Champions League 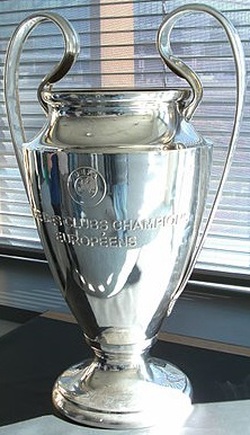 To compete in the Champions League is enormously beneficial for both the pride of a club and more importantly for their finances. The TV money involved is now so much more than it has been previously as the fame of football clubs increases globally, so much so that in a number of domestic leagues around Europe the stakes during ‘race for the Champions League’ are almost on a par with winning the league or the relegation fight.

The final of the competition is played on neutral soil on every single occasion and the furore and attention it gets seems to increase every year. For example the 2009 final between Barcelona and Manchester United attracted a viewership of 109 million people, surpassing the Super Bowl for the first time; and in 2013 when the game was contested between Bayern Munich and Borussia Dortmund at Wembley, it was the most viewed sporting event of the year worldwide. The tournament is televised in over 70 countries and commentated on in over 40 different languages; a feat which in itself would have been technologically impossible when the competition began in 1992.

Spain are by far the most successful nation in terms of producing Champions League winners. Real Madrid have won the title more times than any other club since its renaming from the European Cup in 1992, and Barcelona have won it on four occasions too. AC Milan are the second most successful Champions League club, having won the modern competition three times and boasting seven trophies in total. 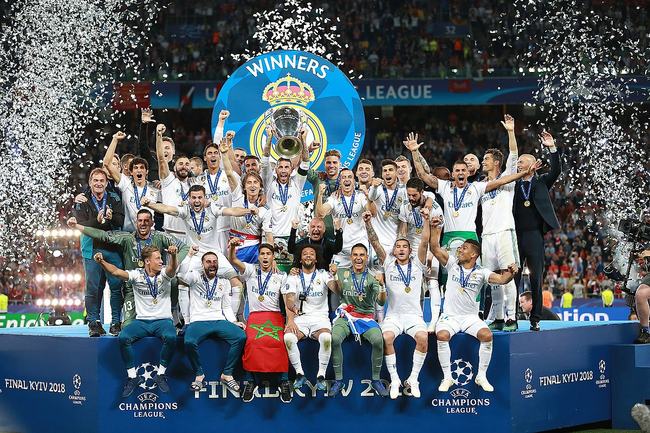 In terms of English clubs, there are three who have been winners of the Champions League. Liverpool have won it twice, the first time in an incredible final at Istanbul in 2005 when they came back from 3-0 down against AC Milan to win on penalties. Chelsea have had one successful final and one defeat, while Manchester United have reached four finals, winning two and losing two, including the famous 1999 season when they also won the league and the FA cup. Tottenham have reached the final, but it was Liverpool that took the trophy that night. 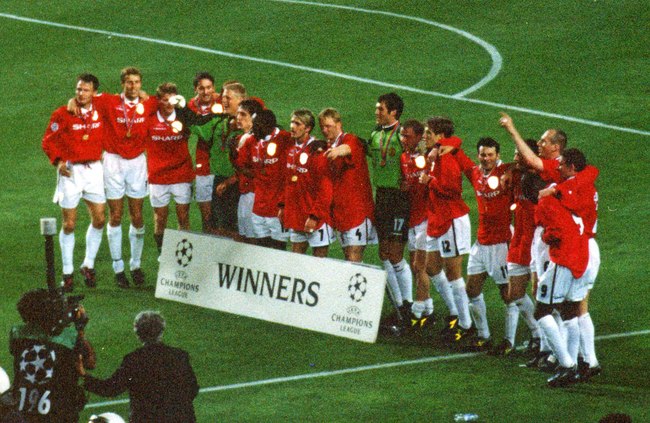 Photo by Seán MurrayCropped and retouched by Danyele [CC BY-SA]

In the European Cup era, there were also wins for Nottingham Forest. Under the legendary Brian Clough they were European champions in 1979 and 1980. English dominance continued during that era, with Villa also winning it in 1982. Hard to imagine them winning anything these days, isn’t it?

Leeds United and Arsenal have both made the final in the past but are yet to taste success. Leeds lost the 1975 final to Bayern Munich, and the Gunners went down to Barcelona in 2006.

The table above shows results for the final stages, but European minnows HJK Helsinki are responsible for the largest Champions League winning margin ever, beating Bangor City 10-0 in the 2011/12 Second Qualifying Round. Liverpool famously beat Besiktas 8-0 in the 2007/08 Group Stages while Bayern Munich beat Basel 7-0 in the Round of 16 in 2012. Another famous thrashing is Manchester United’s 7-1 demolition of Roma in 2006/07 while the biggest winning margin in a final is AC Milan’s 4-0 defeat of Barcelona in 1993/94.

Manchester United legend Ryan Giggs had made the most appearances in the history of the Champions League at one point, with an impressive 151 outings in the competition. He has since been overtaken by Iker Casillas, Christiano Ronaldo, and Xavi, but not many of our top 10 are still playing at all let alone for top clubs, so any new contenders to the throne are a long way off.

The Portuguese supremo has the scoring record and by some distance too. Ronaldo’s 128 goals in 171 Champions League games puts him just ahead of Messi, although both are well clear of everyone else. They could potentially even net a few more each and even though a lot of people on the list are technically still playing, some of them will be retiring imminently. Robert Lewandowski is the youngest player on the list but he already into his thirites.