When it comes to British business success stories, there can’t be many that top the Done brothers, Fred and Peter. Born in 1940s Salford, an area the pair affectionately refer to as “the slums”, the brothers were in and around the betting game from a very early age, courtesy of their father’s career as an illegal bookmaker.

It seems they weren’t mere spectators in their father’s business ventures either; Fred reports acting as a bookie’s runner and holding a Rugby League sweepstake from as young as nine, whilst Peter had also clearly picked up a thing or two from Done Senior and was managing a betting shop of his own aged 18. It was a passion that would last a lifetime and take the two brothers from their humble beginnings in those Salford slums to the heights of running the biggest independent bookmaker in the world.

Still predominantly located in the UK with its main base in Warrington, the company still has offices where it all began in Salford, whilst the internet operation is run from Gibraltar. Employing over 10,000 people and with close to 1,700 shops now on the high-street – in addition to an ever-growing presence online – Betfred has recently enjoyed its 50th anniversary. They continue to go from strength to strength, as they stick to their core values of providing punters with a no-nonsense, excellent value product, and lots of offers and bonuses.

Of course Betfred didn’t get to the position it is in today overnight. The Bonus King, as they call themselves, have an interesting history, and here we take a look at a number of the key events that got them to where they are today. 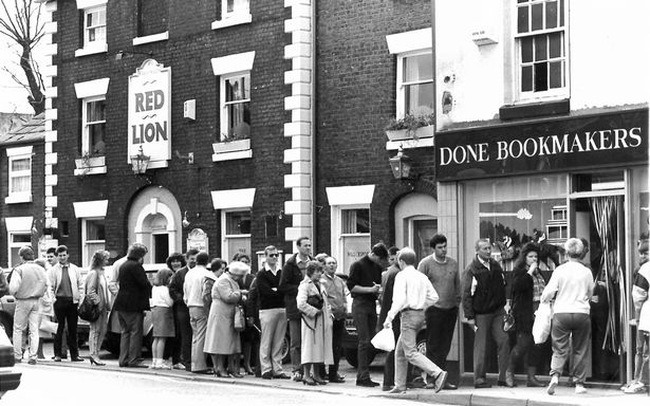 It all began in Ordsall, Greater Manchester, and largely came about thanks to the greatest sporting moment in English history – winning the 1966 World Cup. The win might have come as a surprise to some, but not to Fred Done who had a bet of £200 on Alf Ramsey’s men lifting the trophy at odds of 8/1. That £1,800 return – a huge sum at the time – put the Done brothers well on their way to purchasing their first establishment.

Initially known as Done Bookmakers, the early business was a far cry from that enjoyed by the company today. The staff at the time consisted of Fred and Peter, their parents and their wives, for the simple reason that they couldn’t afford to employ anyone else.

That fledgling period was particularly tough on Fred, and not only as a new business owner but from a safety point of view too. He survived the ordeal of being stabbed five times by an irate punter in 1970, and his pregnant wife was the cashier at the time.

The early years were characterised by steady, if unspectacular, growth, but the 1980s saw Done Bookmakers really begin to grow in prominence. A big reason for their growth was the company’s dedication to offering that little bit more to the punter than other bookies – a trait characterised by the development of the “Lucky 15” bet and the now almost ubiquitous treble the odds for one winner concession. The company didn’t earn their “Bonus King” nickname for nothing. 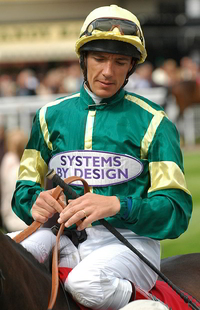 By the 90s, Fred Done’s bookmaking empire was well established and doing flying trade, but then came the 28th September 1996 – Ascot.

It remains one of the darkest days in British bookmaking history – and consequently one of the most spectacular for British punters. This was of course the day when a certain Frankie Dettori went through the card on Queen Elizabeth II Stakes day at Ascot, and quite literally bankrupted a handful of bookmakers.

Betfred (still known as Done’s at the time) weren’t quite so badly hit as some others, but a single-day’s loss of £2.5million, thanks to countless successful multiple bets, still represented a pretty bad afternoon at the office. Magnanimous in defeat, the company sent a video of all seven races, together with a bottle of champagne and box of cigars to all punters who won £10,000 or more. According to the Independent, Fred also sent a message to all his shops that said “Reward, dead or alive: good-looking Italian kid, last seen in Ascot area.”

Thankfully, Fred took his losses in good humour, and there would be more of them to come. 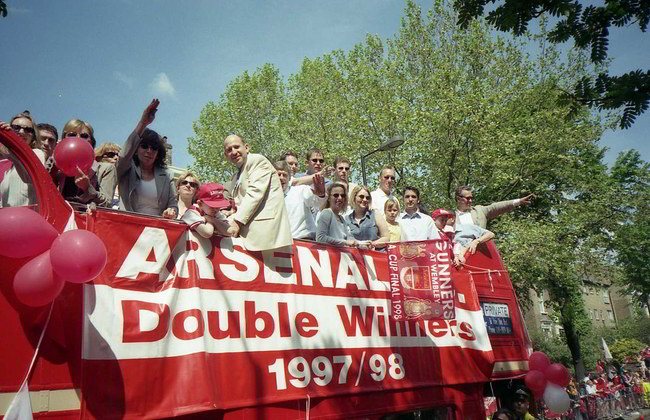 It didn’t seem to have taken Betfred long to recover from the damage inflicted by the Dettori incident, as the very next year they were purchasing the Robert Walker chain of bookmakers – taking the company’s total number of shops to 100 for the first time.

However, Done suffered another big loss in 1998, when the avid Manchester United fan paid out early on Alex Ferguson’s troops winning the Premier League. With United 11-points clear and only 10 games of the season remaining, this didn’t seem too risky at the time – however Arsenal mowed them down to claim the trophy by a single solitary point – leading to a double pay out for Betfred.

Every cloud has a silver lining though, and the international publicity this generated for the firm probably more than offset the amount paid out on the Red Devils. Still, Fred was clearly a better businessman than a gambler.

By the year 2000 their shops had doubled to 200, and in 2002 the proud Northern business opened their first shop down South, in London. This coincided with the launch of their telephone betting service, meaning that any punter with a phone could access their services even if there wasn’t a Done Bookmakers nearby. 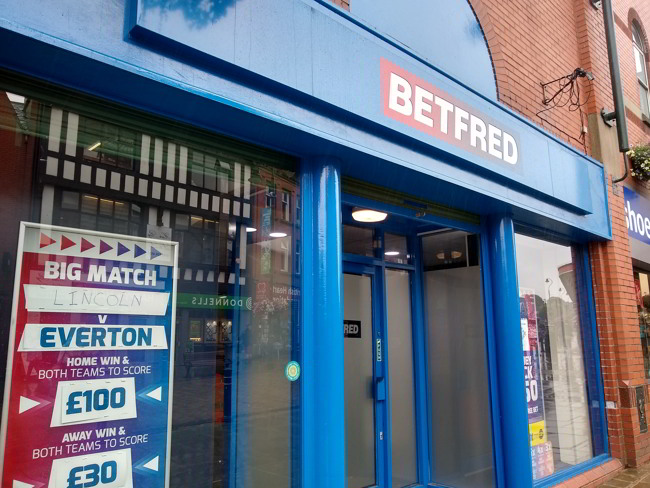 Aiming for a snappier title for the new century, and in order to take advantage of the burgeoning marketing opportunities and a potential move into the world of online betting, Done Bookmakers was re-branded as Betfred.

They may not have been amongst the first wave of betting operators to venture into the online environment, but it didn’t take them too long to catch up, and Betfred.com was launched in 2004.

That same year the company hit the headlines due to the exploits of a betting shop punter known only as “Ken”, who landing a whopping £1,132,657 courtesy of hitting the Scoop 6 jackpot, Ken became the first betting shop millionaire in the UK, and the fact that it happened at a bookie in Salford was pure poetry.

2005 saw another first, when the company open its first racecourse betting shops, and on the sponsorship front they lent their backing to the Group 1 Haydock Sprint Cup. 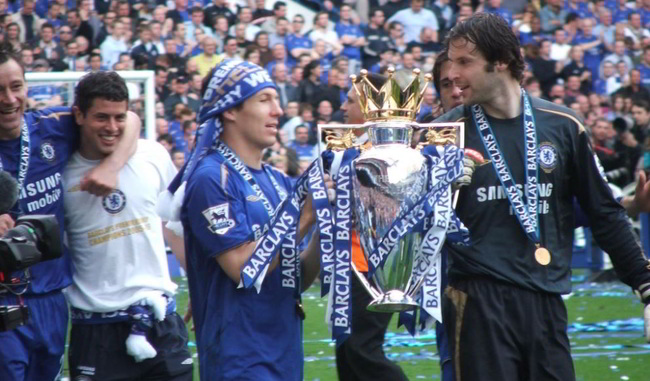 Fred Done should really leave the betting to his punters.

His £1million bet that Manchester United would finish above Chelsea in the 2005 Premier League didn’t quite go to plan. He offered the bet to all other bookmakers out there, but only BetVictor’s Victor Chandler, another industry character, took him up on it. Jose Mourinho’s Chelsea cruised to the title, and even worse, they beat Man Utd 3-0 to do it.

Still, Betfred’s growth showed no sign of slowing down, and the company opened its 500th shop in Cardiff in the same year that its founder dropped £1million on a losing bet, and a year later their first mobile betting product was launched.

Betfred have never shied away from trying new things, and they are actually responsible for one of the biggest new football bets to emerge in the past 15 years – “Both Teams To Score”. Proving to be incredibly popular with the punters, it’s difficult to find a firm which doesn’t offer this bet in some form these days, but Betfred can take the credit because back in 2007 the “Both Team To Score” bet was the driving force behind the company’s innovative new “Goals Galore” coupon.

In another major coup, Betfred beat off some stiff competition to win the auction to purchase the Tote from the British government in 2011, for the not inconsiderable sum of £265million. Upon adding the pool betting operator to their portfolio, Betfred immediately pledged £155million to racing over the next seven years. You can read more on Betfred’s purchase of Tote in this BBC article.

The deal also granted them exclusive rights to pool betting system on race courses for 7 years. 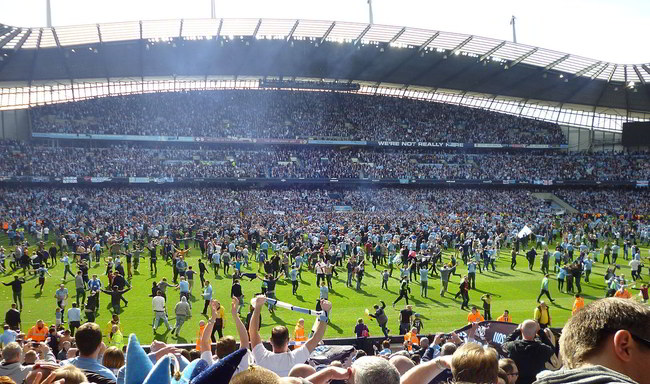 The phrase “once bitten, twice shy” doesn’t seem to apply to Fred Done. Once again he paid out early, this time on Manchester United winning the 2012 title, and the move came back to bite the firm for a second time, with Manchester City coming back to pip United to the title and on goal difference this time. Sergio Aguero was probably not top of Fred’s Christmas card list, although once again the extra publicity didn’t have hurt – even if it was mostly mockery.

Turning their attention to horse racing, Betfred agreed to support one of the biggest and best National Hunt contests of the season – the Cheltenham Gold Cup – in an initial deal to run between 2012 and 2015, one of the biggest deals in the company’s history. 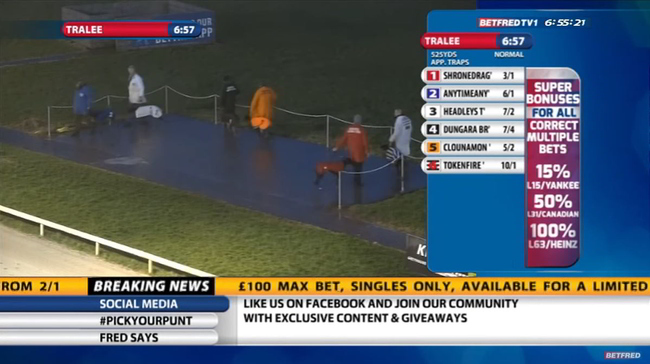 In another innovative move – which would soon be imitated throughout the industry – Betfred launches in its own in-house TV channel in 2013. Available in all shops across the Betfred estate, Betfred TV was the first channel of its kind in the UK, proving once again that they coud out think the competition.

Many more sponsorship deals came about in the years that followed, including sponsoring the rugby Super League between 2016 and 2019, the Scottish League Cup (renamed the Betfred Cup) which is an ongoing deal, and employing the services of Stuart ‘Psycho’ Pearce as a brand ambassador. Fred Done cited that he was chosen because his uncomplicated, no nonsense personality was the perfect match for the company ethos.

In 2016 the company hit a slight stumbling block when they were found to be at fault in a problem gambling case and ordered to pay £800,000 to responsible gambling causes in compensation, but this was small to change to Betfred. The next year they took 322 shops from Ladbrokes and Coral who needed to offload them to facilitate a merger, bringing Betfred’s property portfolio to 1,650 stores. 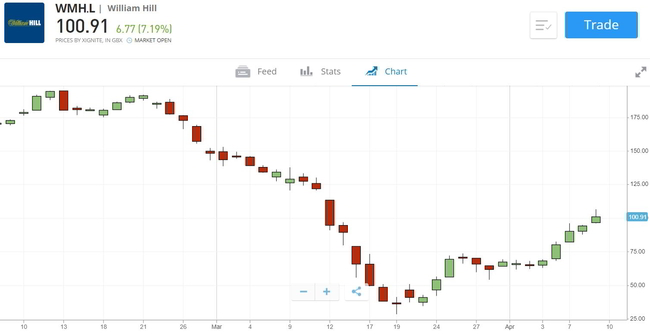 Everyone loves a tax rebate, and in 2018 Betfred won a court case with HM Revenue and Customs leading to a potential refund of £100million – quite a handsome win in anyone’s book. It was good timing too, because the previous year they signed a two year shirt sponsorship deal with the newly promoted Bolton Wanderers, and later in 2018 their licence on the Tote expired and was not renewed, with the brand eventually being sold to the UK Tote Group.

Money was also spent on sponsoring golf’s British Masters and women’s rugby Super League in 2019, before the company, obtained the relevant licensing to operate an online gambling service in Spain, further broadening their horizons. They clearly had the travel bug too, because the next year Betfred made its most ambitious move yet, opening its first sportsbook in the American market and choosing Iowa as the place to do it.

2020: Investing in the Competition

One other potentially huge move came about in March 2020, when Fred Done bought a 3% stake in William Hill, saying “I’ve bought Hills shares because they are massively undervalued and in my opinion when it comes to the US they are front-runners.” Whether this is a simple investment or a preliminary move before a takeover attempt remains to be seen, but the comment about the US market certainly ties in the the brands recent behaviour.