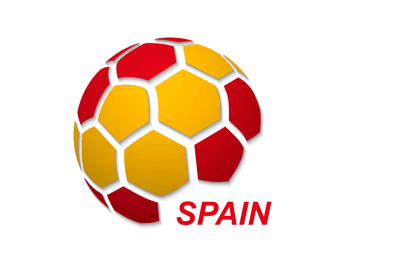 For many years Spain had a reputation a little like England on the national stage. They were viewed as perennial under-achievers and, like England, boasted just one major tournament success, on home soil, to their name. Their bottle was also questioned at times and as one of the few sides to lose a penalty shootout to the Three Lions (at Euro 96) it is easy enough to see why!

Much has changed over the past decade or so though and Spain have now won the European Championship on three occasions. Their first triumph, alluded to above, came on home soil at the 1964 European Nations’ Cup, as it was then known, the second ever edition of the European Championship. Thanks to their footballing dominance between around 2007 and 2013, the Spaniards are the only nation to have won back-to-back Championships, lifting the trophy in 2008 and 2012. Spain are certainly one of the European powerhouses of international football and now have a major-tournament record to match that status.

The Spanish won the first Euros they qualified for, with the inaugural event, four years prior, seeing them refuse to travel to the Soviet Union for a qualification quarter final and thus forfeit their chance to progress. That 1960 European Championship, like the four that followed it, saw just four teams reach the finals and it was not until the tournament expanded to eight teams in Italy in 1980 that Spain would feature in the tournament proper again.

They finished seventh of the eight teams that year and eight years later did little better, also faltering at the group stage. In the tournament in between, however, they made their first ever major final, losing to Michel Platini’s hosts at Euro 84.

Since failing to qualify for Euro 1992 in Sweden, Spain have featured in all of the following six European Championships. They have an excellent recent record, winning two of the last three and reaching the Round of 16 at Euro 2016. Along with Germany, Spain have the record number of championship wins (three). With La Roja also finishing runners-up to France in 1984 and being quarter finalists in 1996 and 2000, they clearly have to be viewed as one of the most successful nations in the history of this tournament.

When Did Spain Last Win the Euros?

As said, not all that long ago, Spain dominated world football, winning three major tournaments in a row from 2008 to 2012 and being very well fancied for a few years either side of that too. Two of those successes were in the European Championship, with their last triumph coming at Euro 2012 in Poland & Ukraine. 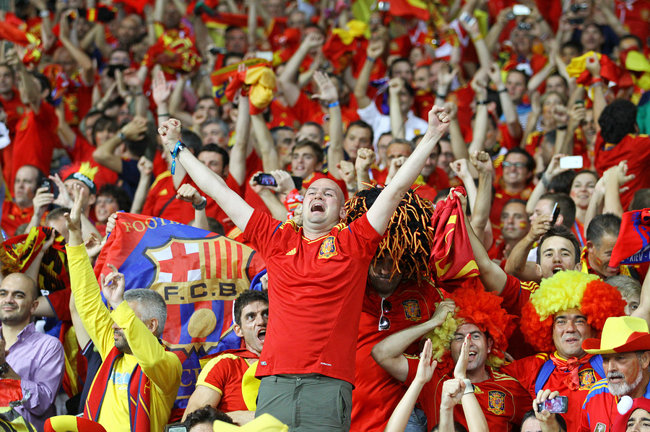 Before their win in 2008, Spain’s first victory came 44 years earlier. Only four teams participated in the 1964 European Nations’ Cup, with the Spanish side beating Hungary in the semi final before edging past the Soviet Union, the defending champions, in the final at the Santiago Bernabeu Stadium in Madrid.

Spain won their second European Championship an entire generation after their first. It was certainly a golden era for the nation, as Spain had several world class players in their superstar squad, with Barcelona’s personnel and style at the core of the team. Managed by the experienced Luis Aragones, Spain cruised through their group by winning three out of three. Before a tense final with Germany, they beat Holland and Russia in the knockouts. Spain edged past the Germans in the final in Vienna, with Fernando Torres, who was then a Liverpool player, scoring the only goal of the game.

The Spaniards beat Italy to top spot in Group C to book their place in the knockout stages of Euro 2012. They then saw off France in the quarters and Portugal in the semis to reach their second successive final. Goals from David Silva, Jordi Alba, Fernando Torres and Juan Mata gave Vicente del Bosque’s men a thumping 4-0 victory over the Italians in the final in Kiev. They conceded just one goal in the entire finals, that coming against Italy in their opening game. Their possession-based football rarely gave opponents the chance to attack, let alone score and this success was their third major championship in a row, a feat no nation can match.

In 1964, Spain’s Jesus Maria Pereda finished joint top scorer on two goals, more impressive than it sounds given there were just two games. Pereda netted in the semi and then again in the final. David Villa won the Golden Boot at Euro 2008, scoring an impressive four times, with all four goals coming in the group stage. Villa bagged a hat-trick in Spain’s 4-1 win over Russia. Six players scored 3 goals at Euro 2012, but Fernando Torres was awarded the Golden Boot. Torres scored the same amount and had the same number of assists as German Mario Gomez, but the Spanish striker played fewer minutes, resulting in him winning the award by the narrowest of margins and creating havoc in the “top scorer” outright betting markets.

After winning the tournament in 1964, Spain missed out on the next three finals, failing to qualify in 1968, 1972 and 1976, albeit that these were all just four-team finals. They also missed the first edition in 1960 after refusing to travel to Soviet Union for a qualifying quarter final fixture. However, since 1980, the Spaniards have become stalwarts of the tournament and have featured in nine of the 10 European Championships. In 1992, Spain failed to make it to Sweden though, finishing third behind France and Czechoslovakia in qualifying Group 1. They picked up just three wins from seven matches, losing four times along the way.

Spain failed to get past the group stage in 1980, 1984 and 2004. At Euro 2004, Inaki Saez’s team headed for Portugal in high spirits, but they were eliminated early on. Hosts Portugal won the group, with eventual winners Greece pipping Spain to the runners-up spot on goals scored. Their worst points tally came in the 1980 championship, as they left Italy with just one point from three group games but it is that performance in Portugal that may well hurt the most.

Spain had won in Greece against the unheralded Greeks in qualifying Group 6 prior to the finals but lost the return leg to ultimately finish behind them in the group. Even so, with the finals played in Iberia and a number of sides in transition, many Spanish fans thought their side had a real chance. They were really poor though and scored just two goals in Group A at the finals.

Some may argue that being in a group with both of the eventual finalists means they had a tough time of things but that ignores the fact that Greece were priced at 150/1 pre-tournament. Even hosts Portugal were only third favourites and with the other team in the group, Russia, having been ranked a 66/1 shot, a failure to progress here has to rank as Spain’s worst showing in our opinion.