Like many of the biggest bookmakers in the world, 888sport is just one arm of a bigger company. Its website and mobile apps are used by tens of thousands of people every week and the 888sport logo is seen at numerous sporting events, but it is just one part of the larger holding company, 888 Holdings.

888 Holdings describes itself as an “online gaming entertainment and solutions provider”. That is a roundabout way of saying they have their fingers in many pies within the online gaming realm. 888sport is able to draw on the strength, size, and expertise of 888 Holdings to maintain its prominence in the world of sports betting.

The future continues to look good for 888sport but to truly understand what sort of bookmaker they are, you have to understand how they made it to the top of the ladder in a competetive market. Handily, we can help you do just that with our complete history of 888sport.

888sport’s history can be traced back to 1997 and the foundation of Virtual Holdings Limited. This company, which would, with a few twists and turns along the way, go on to become 888 Holdings, was founded by some enterprising business people who were among the first to really grasp just how big the world of online gaming and betting could be.

Virtual Holdings Limited was incorporated in the British Virgin Islands and almost immediately afterwards a subsidiary was set up in Antigua. The Caribbean island’s government granted the new company a gaming licence which allowed the company to host all of its servers and staff in the country. 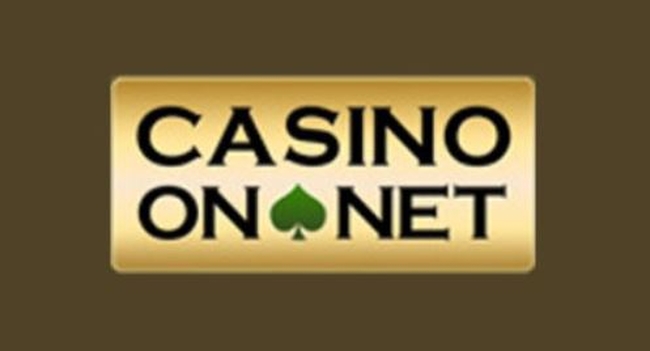 Casino-on-Net was the first gaming product launched by 888. The development of a marketing business helped that online casino grow over a five year period at which point it was decided the company was ready to launch another; Reef Club Casino.

Shortly after this the 888 brand was properly introduced to the general public with the creation of 888.com. This would rapidly grow to become one of the biggest online casinos around and was complemented by a top class online poker product, Pacific Poker.

888 always had international ambitions and realised that they had to open up offices and have a presence in the biggest marketplaces. To that end, an office was opened up in London in 2002 before they applied for a remote gaming licence with the Gibraltar government. Many of the biggest players in the online gaming space had (and indeed still have) a Gibraltar gaming licence and 888 showed their commitment to the nation by moving their headquarters over from Antigua. 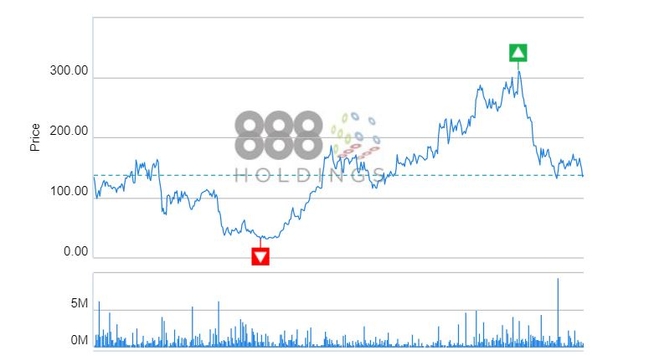 By this stage 888 had grown into one of the biggest players in the world of online gaming even though they had yet to launch their sports betting arm. The size of the business was made clear in 2005 when they were floated on the London Stock Exchange.

That flotation was only possible because 888 had decided to shift their focus away from solely offering online casinos and move into the world of online poker as well. A move into sports betting was just around the corner but so were serious problems with the authorities.

Along with almost all other major players in the world of online poker, 888 had a large user base in the USA. All was going swimmingly in that regard until George W Bush’s government made a drastic change in policy, outlawing online poker. Almost overnight, companies such as 888 had to cease operations in America, even though they were headquartered and regulated in different countries.

The loss of a serious amount of revenue from American poker players threatened the future of 888. One solution to those problems was a merger, and so the company engaged in serious discussions with Ladbrokes who spotted an opportunity to gain some much need online casino expertise on the cheap. Ultimately though, an agreement could not be reached between the two companies and 888 decided that the way forward was to bring their various brands together under the umbrella of their parent company.

888 can put much of its success down to moving into new areas and marketplaces. They made one such move in 2007 with the acquisition of Globalcom Limited, a provider of online bingo. That meant there was just one thing missing from 888’s online gaming portfolio, a sportsbook.

888sport completed the set for 888 when it was launched in March of 2008. Drawing on the size of their operation and their experience in other areas of online gaming, the sportsbook included a comprehensive collection of sports and markets upon launching so it immediately made an impact.

In 2010, 888 decided to bring all of their four cornerstone brands under the same umbrella so the branding was updated for 888casino, 888poker, 888sport and 888bingo. At the same time, 888 had come to realise just how important mobile gaming was becoming and agreed that they had to make serious moves to ensure their offering was up to spec. It’s for that reason that they acquired Mytopia, a studio that created their own mobile games. 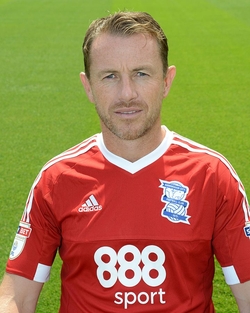 888 became aware that there was a lot of work required to take 888sport to the same sort of heights that their poker and casino brands had reached, especially with British punters. To try and grow 888sport, the company began sponsorship campaigns in various different sports.

The sponsorship began in 2010 when 888sport signed a naming rights deal for a stand at Fontwell Park Racecourse.

Things soon stepped up a notch or two from these low key beginnings and over the years, 888sport signed shirt sponsorship deals with English football clubs, including the sponsorship of four Championship teams; Birmingham City, Brentford, Nottingham Forest, and Preston North End – in the same season.

The choice of Championship teams was deliberate, as 888sport wanted to specifically target English football fans rather than the global audiences watching the Premier League. 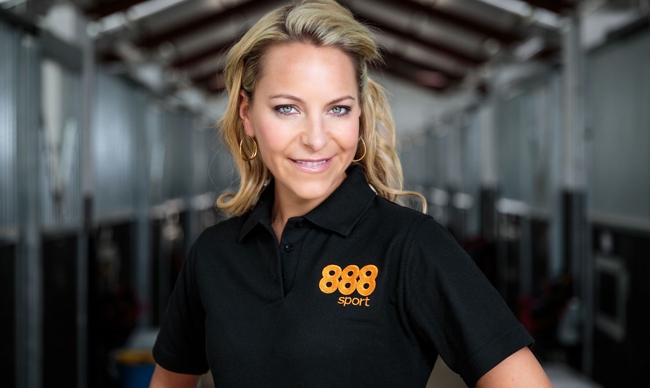 Another way for 888sport to break through in the incredibly competitive market place of online betting was by signing deals with a number of big names from the world of sport as ambassadors. The first such ambassador was the former Real Madrid, Valencia, and Spain footballer, Santiago Canizares in 2010.

A couple of years later and the former Arsenal, Crystal Palace and England striker, Ian Wright, gave 888sport visitors the benefit of his expertise during Euro 2012 whilst Emma Spencer, the former jockey and horse racing TV presenter, joined the 888sport team in 2014.

Regulators in a number of states across America had come to the conclusion in 2011 that the ban on online betting at a federal level was unconstitutional and that they wanted a piece of the pie through taxation. Although a total change in the federal law was a long way away, forward thinking betting companies such as 888 realised that they had to put things in motion to make sure they were in a position to capitalise whenever it came about.

So, in March of 2011, 888 were very happy that their strategic partnership with Caesars Interactive Entertainment was given the green light. That put them in a position to operate in Nevada and gave them somewhere to grow from as and when things changed at a federal level. The first time 888’s operations actually began in America was in 2013 with the World Series Of Poker brand which was powered by 888’s software platform.

By 2013 888 were genuinely one of the biggest betting companies in the world, but they still found that competing with the best sportsbooks was a challenge too far for them. Therefore, the decision was made to look for a third party sportsbook provider. After considering several options, a deal was signed with Kambi Sports Solution, the B2B arm of Scandinavian powerhouse Unibet.

The deal was improved shortly afterward when Unibet decided to sell off Kambi Sports. That removed any lingering worries that some had about competition between 888sport and Unibet. The result was a much better all-round sports betting option for all 888sport’s users, justifying the decision to re-launch the sportsbook.

Back in 1998, 888 Holdings set up a company called Random Logic Limited in Tel Aviv. The initial goal was to provide “research and development and marketing services” to 888 and the brands that it operated. That early investment in marketing helped the various brands to cut through and make some noise and in 2014 that marketing expertise really helped 888sport make waves on social media. 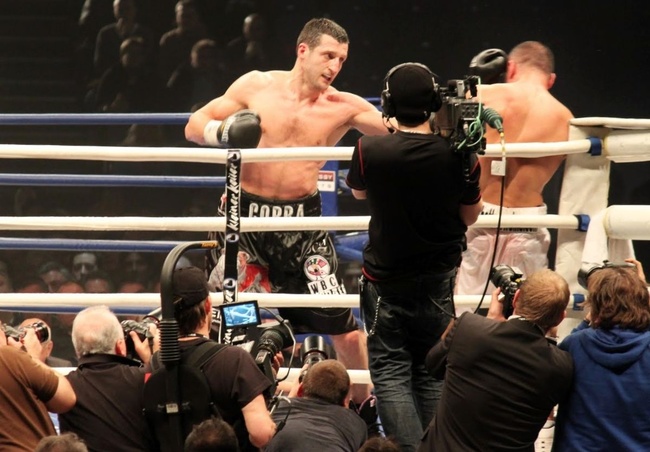 The boxing rematch between Carl Froch and George Groves was one of the biggest sporting events of 2014. The intensity of the rivalry caught the wider public’s attention and was huge on Twitter which, by 2014, was a mature social media platform. 888sport’s social media team used their own content and that posted by others to reach thousands upon thousands of sports fans and increase the value of the 888sport brand.

By 2014, every major online sportsbook was looking for different ways to expand into other countries. 888sport was no different and much of the company’s work was devoted to passing the required regulatory checks in order to open up operations in other countries. Spain was one of those countries with particularly stringent rules but 888sport’s hard work in the country paid off in 2014 when they started accepting new users from Spain. Denmark was next the following year with 888sport launching alongside the company’s poker and casino products. 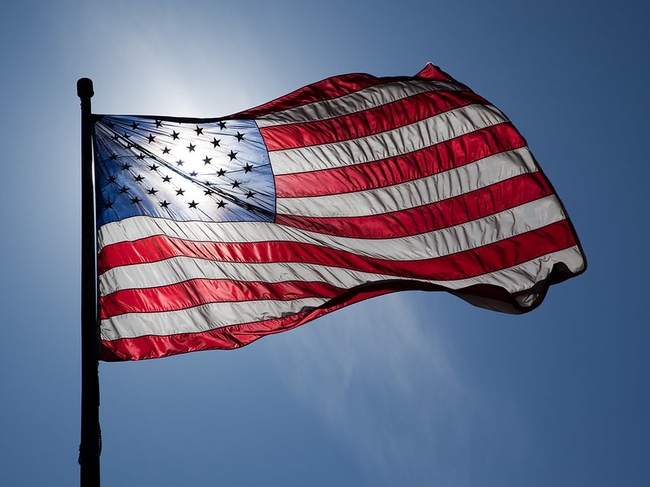 New Jersey was one of the quickest American states to act when the Supreme Court ruled that individual states should be able to decide upon the legality of online betting in their own jurisdictions. 888’s operations within America helped them become an early provider of online sports betting inside New Jersey with the launch of 888sport in that state.

The New Jersey site included all of the sports and markets that users in other countries would expect to see as well as an increased offering when it came to American sports.

2018 and 2019 were challenging times for the betting industry. A number of brands found themselves in trouble and were wound up. The Irish bookmaker, BetBright, was one such company. Although it didn’t work as a bookmaker, BetBright had developed a world class sportsbook platform. 888 believed that they could utilise the platform for their own use and acquired BetBright’s assets specifically for their technology.

888 CEO, Itai Pazner, said that the acquisition would allow 888sport to continue improving and offer a better all-round product offering to their customers. It took a little time for the new platform to be fully integrated but once the work was completed it left the 888sport website, mobile apps, and betting platform in a much stronger place and well set to keep getting stronger into the next decade and beyond.