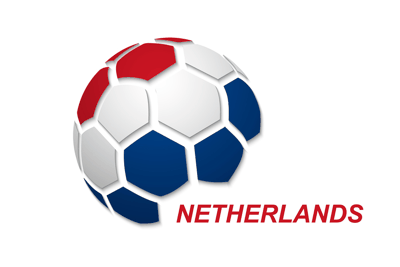 Netherlands are a team that has often just failed to deliver on their amazing promise and they have been European champions only once, prevailing in West Germany at UEFA Euro 1988.

The Dutch have appeared in 10 European Championships over the years – with only Germany, Russia and Spain featuring in more – and have had five top four finishes. Netherlands were one of Europe’s best in their glory days, but they have had their fair share of hurt along the way and have slipped a little off the pace of the best teams on the continent in recent times.

Holland have finished in third place on four occasions. However, they have reached just one final, famously and deservedly winning Euro 1988 in West Germany. Since reaching the semis in Portugal in 2004, a quarter final in 2008 is the best they have achieved. They failed to reach Euro 2016 after a woeful qualifying campaign, which was their first absence from a European Championship for 32 years.

When Did Netherlands Last Win the Euros?

Holland’s one and only European Championship success came in 1988. Rinus Michels’ men went all the way in West Germany, beating Soviet Union in the final. 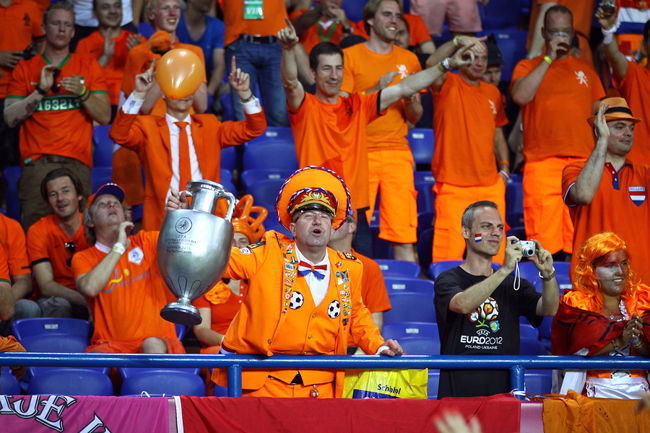 In what was just their third European Championship, Netherlands became champions of Europe in 1988. Despite losing to USSR in the group stage, the Dutch had the last laugh, going on to beat Soviet Union 2-0 in the final.

Michels’ boys headed to the tournament among the favourites but they started Euro ’88 with a 1-0 loss to USSR in Cologne. However, the Dutch’s latest Golden Generation booked their place in the semi finals by securing wins over England (3-1) and Republic of Ireland (1-0). They then played hosts West Germany in the last four, with Marco van Basten’s late goal putting them through with a 2-1 win.

In front of over 60,000 at the famous Olympiastadion in Berlin, Netherlands and Soviet Union went head-to-head once again. Ruud Gullit’s goal gave the Dutch a 1-0 lead at the break, which Van Basten extended nine minutes into the second half with possibly the most famous goal in the history of the tournament. There have been some fine goals at the Euros but can any match Van Basten’s crisp 20-yard volley from the tightest of angles? Oranje held on for a 2-0 victory in Berlin to win their first European Championship trophy.

Their team was packed with household names, or players that would go on to become ones. The likes of Van Basten, Gullit, Ronald Koeman and Frank Rijkard meant the Dutch had a truly world class spine and they ultimately proved irresistible. The Soviet Union were a strong, strong side but despite Valery Lobanovsky’s men having chances and missing a penalty late on Netherlands fully deserved this success.

Four years after winning in West Germany, Holland reached the semi finals in Sweden, eventually losing to surprise winners Denmark on penalties. They had most of the same players with some exciting youngsters such as Dennis Bergkamp coming through and, still managed by the legendary Michels, were well fancied.

Having topped their group ahead of a now-united Germany, they were expected to beat the Danes, who had only qualified due to the political situation, war and subsequently breakup of Yugoslavia. It wasn’t to be though, as Denmark, inspired by Brian Laudrup and Peter Schmeichel took them to penalties. The Dutch lost the shootout 5-4, ironically key striker Van Basten the man who missed.

They also reached the last four in 2000 and 2004. On home soil in 2000, the Dutch won three out of three group matches to reach the knockouts. Frank Rijkaard’s side then thumped Yugoslavia 6-1 in a quarter-final in Rotterdam before losing on penalties to Italy in the last four.

In 2004 they were not at their best but scraped through a group that included Latvia and Germany, finishing second behind surprise package Czech Republic. They needed penalties to get past Sweden in the last eight before coming a cropper to hosts Portugal in the semis.

The Dutch have really been spoiled over the years with a host of world class strikers having pulled on the famous orange shirt. Robin van Persie and Ruud van Nistelrooy never won individual honours at a European Championship but three other Dutch legends did. 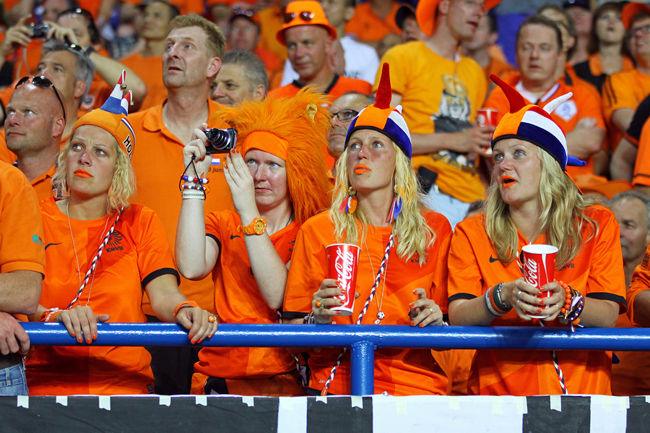 Much as they have had some dazzling players and fabulous teams, Holland have certainly struggled in recent times, failing to reach Euro 2016 and the 2018 FIFA World Cup in Russia. Their absence from Euro 2016 was their first missed European Championship since France ’84, and back then only eight teams qualified. The Dutch had a truly disastrous campaign, losing five of 10 qualifying fixtures and finishing fourth in their group when many felt it was easier to qualify than not to. They also failed to qualify in 1964, 1968 and 1972, though the finals were just four-nation affairs back then.

Their worst European Championship finals campaign by far was at Euro 2012 in Poland & Ukraine, which might have been an indication of the lean times that lay ahead. The Dutch were dreadful, leaving the competition with three defeats and zero points. In fact, they finished 15th out of 16 nations (using UEFA’s slightly meaningless ranking system).

Bert van Marwijk’s Holland started their tournament with a 1-0 loss to Denmark before losing 2-1 to Germany. Despite taking the lead against Portugal in their final group game, two Cristiano Ronaldo goals turned the game on its head to give the Portuguese a 2-1 win in Lviv. They had a tough group but this really was a poor show from a team that included players such as Van Persie, Arjen Robben and Wesley Sneijder.