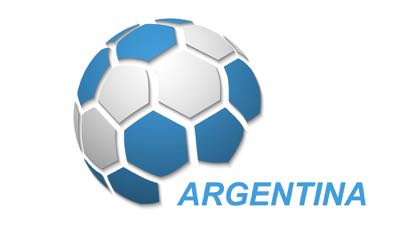 Argentina have a rich history in the World Cup. They were runners-up in the inaugural FIFA World Cup in Uruguay back in 1930, going on to lift the trophy for the first time 48 years later when they were the hosts.

Overall, the Argentines have won the World Cup on two occasions, becoming one of the more successful nations in World Cup history along the way being one of only six sides to have won it more than once. They will forever be in the shadow of neighbour Brazil though who have five World Cup to their name.

Argentina are usually regulars in the knockout stages of World Cups, reaching the quarter-finals or beyond in three of the last four tournaments. The nation has only failed to qualify for one World Cup in their history, which was the 1970 edition in Mexico.

When Did Argentina Last Win the World Cup?

Argentina are one of just six nations to have won the World Cup more than once, following up their first win on home soil in 1978 with a second victory eight years on at Mexico 1986. 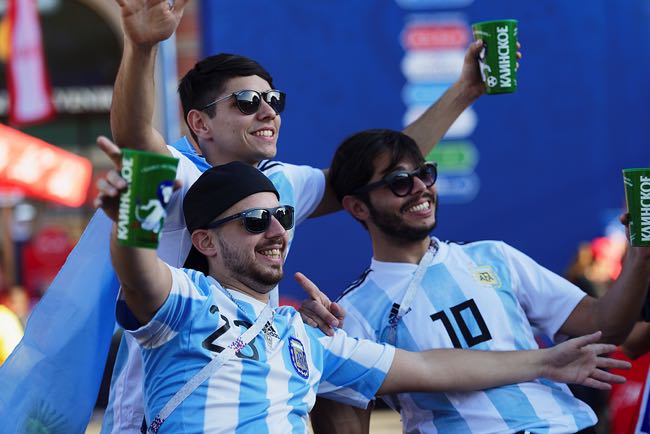 Only Brazil, Germany and Italy have a better World Cup record than Argentina. After being runners-up in the inaugural tournament way back in 1930 it took a while before they finally went one better, which happened 48 years later on home soil when they beat Netherlands in the final.

Argentina’s first World Cup triumph came in 1978 when they were the tournament hosts. It remains the one and only World Cup to be held in Argentina, and the hosts certainly made the most of home advantage amid plenty of controversy.

They edged through an extremely tough Group 1, beating Hungary and France by 2-1 scorelines before losing 1-0 to Italy. Argentina then won Group B in the second round ahead of Brazil, Poland and Peru to progress through to the final. Two goals from the tournament’s top scorer Mario Kempes helped the hosts to a 3-1 victory (after extra time) in Buenos Aires against Netherlands.

Argentina’s second World Cup victory came just eight years after their first. A 25 year old Diego Maradona captained and top-scored for Argentina, captivating the world in the process. He netted the infamous ‘Hand of God’ goal against England in the quarter-finals, as well as scoring one of the most spectacular solo goals you will ever see, in the same game.

Argentina eased into the knockouts, topping their group which also included Italy, Bulgaria and South Korea. They then saw off Uruguay (1-0), England (2-1) and Belgium (2-0) to reach the final. West Germany were waiting in Mexico City, with Argentina edging a thrilling final 3-2. Jorge Burruchaga netted a memorable winner just six minutes from time.

Apart from their two triumphs, Argentina have had some memorable World Cup campaigns. They have been runners-up three times, including in 2014. Lionel Messi was inspirational, scoring four times to fire his country to the World Cup final on Brazilian soil. Unfortunately for them, Mario Gotze’s extra-time goal gave Germany a 1-0 victory at the Estadio do Maracana in Rio de Janeiro.

An Argentine player has won the World Cup Golden Boot on two occasions. The first was Guillermo Stabile, who bagged a staggering eight goals at the 1930 World Cup, including a hat-trick against Mexico. Also, Mario Kempes won the Golden Boot in 1978, scoring six times as Argentina won the World Cup for the first time. Maradona’s five goals in 1986 wasn’t quite enough though as England legend Gary Lineker netted six times. 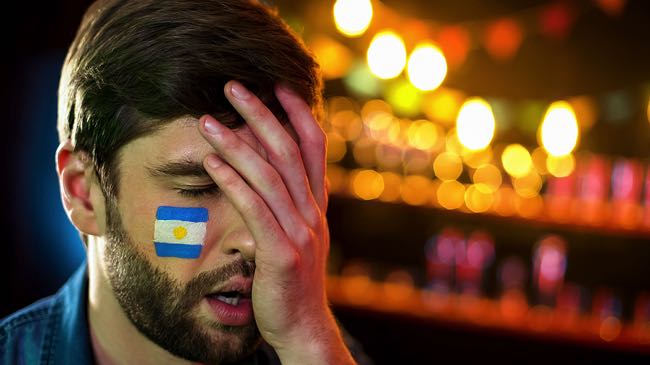 Argentina have a phenomenal World Cup qualifying record, but they did fail to reach Mexico in 1970 after a poor qualifying campaign. The Argentines, managed by Adolfo Pedernera, picked up just one victory in CONMEBOL Qualifying Group 1 to finish on just three points from a possible eight.

Generally, Argentina have an excellent World Cup record, but there have been one or two exceptions over the years. Their worst showing was at the 2002 World Cup in South Korea and Japan. Marcelo Bielsa’s men went up against Sweden, England and Nigeria. The Argentines won one, drew one and lost one, going on to finish third behind the Swedes and the English in Group F.