People have been betting on sporting events for hundreds of years. The basics of wagering on the outcome of a horse race or a football match – an important and hugely popular part of Irish and British culture – has largely remained the same, but that is not true of the betting industry.

The industry has undergone massive changes since 1982 when BoyleSports was founded in County Armagh, Northern Ireland. The internet has revolutionised the way people place their bets and there has been a trend for the most successful betting companies to merge and become powerful behemoths.

Paddy Power, for example, have merged with other betting companies multiple times and now operate as part of Flutter Entertainment alongside Betfair, another giant of the betting world. In contrast to their Irish counterparts, BoyleSports remain an independent betting company. Indeed, they are the biggest independent bookmaker in Ireland with a significant portfolio of betting shops and a major online presence.

But how did BoyleSports reach such heights from that first shop in County Armagh? Their story makes for interesting reading. 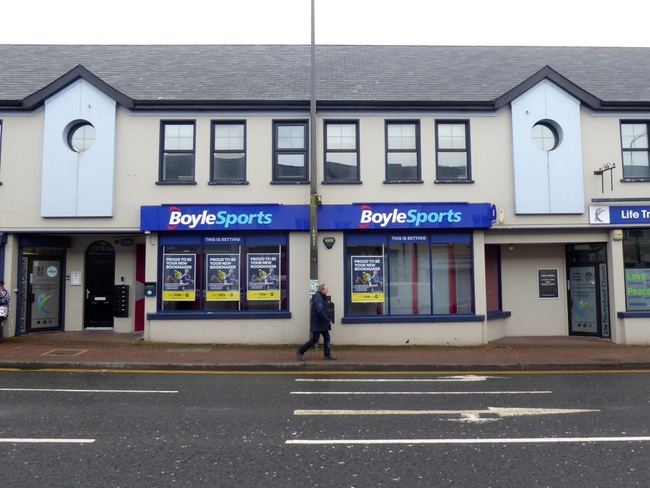 John Boyle is a very well-known businessman in Ireland. His fame comes from the tremendous success that he’s had with BoyleSports, but his story also captured the imagination of the nation. In 1981 he was a very long way from having the sort of success that he’s gone on to enjoy, having lost his job delivering bread.

That setback prompted him to do something different for himself and his family. Initially, he joined his brother’s bookmaker before deciding to go it alone, establishing the brand and opening up the first BoyleSports shops in 1989. The first shop, from which the whole empire would go on to be built, was based in the town of Markethill in County Armagh, Northern Ireland.

Boyle had to work incredibly hard to make his first betting shop a financial success, but the seven years he spent behind the counter taught him a great deal about bookmaking and proved invaluable when he started growing his business beyond the first shop. As of 1990, BoyleSports had grown by an extra five shops which were opened in Drogheda in the Republic of Ireland. Taking an all-Ireland approach would prove to be a very sensible decision for BoyleSports, who were keen to make the most of their Irish roots and extend a typically effusive Irish greeting to their customers. 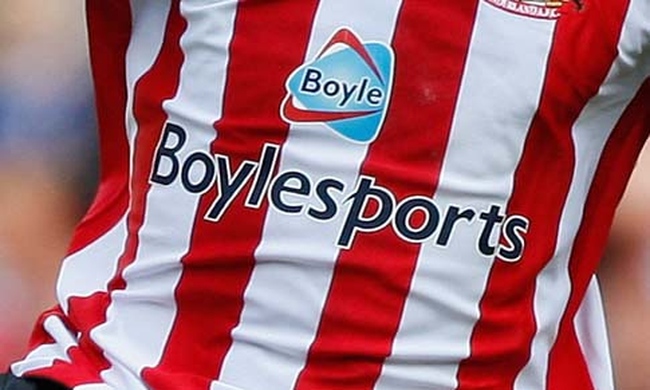 Over the next decade John’s property portfolio grew steadily, and even though the company was keeping pace with the rest of the betting industry in terms of expanding and refining their online offering, there was no let-up in the pace of the bricks and mortar expansion. A significant milestone was reached in that regard in 2006 when BoyleSports proudly opened their 100th betting shop, located in Capel Street, Dublin.

It was now 2007 and BoyleSports were a household name amongst punters and sports fans in Ireland, but the company was ready to increase their exposure to British punters now that they could take bets from them via their website.

They achieved this by signing sponsorship deals with some big sporting events and bodies. Perhaps the most high profile of these came in 2007 when BoyleSports became Sunderland’s official sponsor, with their logo emblazoned across the front of the Black Cats’ shirts. That deal would last until 2011, and gave the company plenty of exposure.

At the same time, BoyleSports also signed sponsorship deals with Aston Villa and the Football Association of Ireland to become their ‘official online gaming partner’.

BoyleSports dived headlong into the world of online betting without hesitation. As well as investing in the infrastructure required to take thousands of bets each day on their sportsbook, they also began to expand the number of gaming products they offered online.

Part of that puzzle included working with third party software providers to host a whole host of online casino options and other gaming products. The BoyleSports Casino won over users very quickly as did their poker offering. To help advertise their online poker product, BoyleSports started sponsoring the International Poker Open in 2008. As Europe’s largest live poker event, this ensured the BoyleSports name was seen far and wide by those in attendance at the Dublin event and those watching on from home. 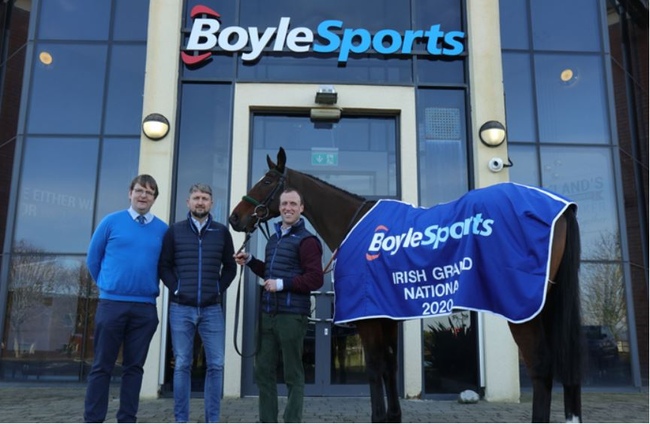 John Boyle had no intention of forgetting Boylesports’ links with Ireland just because they were expanding online. The company showed that they remained committed to Irish sport and Irish horse racing in particular by signing a deal to become the official sponsor of the first day of the hugely important Punchestown Festival, in 2010. The BoyleSports Champion Chase remains one of the biggest races of the spring in the Irish jumps racing calendar.

Other similar deals were signed for the Punchestown Festival and with a slew of Irish greyhound meetings throughout the year such as the Irish Greyhound Derby. BoyleSports made a further commitment to racing in 2014 when the company became the title sponsor for the Irish Grand National. That deal was renewed in 2020 with BoyleSports pledging €2 million to the race.

One of John Boyle’s biggest ambitions for his company was to officially become the largest independent bookmaker in Ireland. This dream was realised thanks in part to those deals mentioned above and the online revenue they generated, but also by two deals for new betting shops.

In 2014, John Boyle and his team decided that, despite how well things were going for BoyleSports in 2014, it was time to freshen things up. Hence, they began an extensive rebranding exercise which would see new logos, colours, and slogans used on both their website and physical businesses.

The new branding was revealed to the public at their Grafton Street shop in Dublin, aided by some big names from Irish sport such as Barry Geraghty, Ciaran Whelan, and Eamonn Dunphy. The new branding and tagline “Bet On Boyle” coincided with the launch of the new BoyleSports website which had been rebuilt to include a focus on in-play betting. BoyleSports wanted to make it clear to their customers that they were offering a vast amount of choice and value when it came to in-play betting.

The move, which was finalised in 2015, came at the same time that BoyleSports were working with the Gibraltar Gambling Commissioner to move their international gambling licence from the Isle of Mann and Alderney to Gibraltar.

After retiring, Kilbane became a successful pundit in Ireland and Britain and therefore was the perfect choice for Boylesports when they were looking for a brand ambassador. Kilbane joined the BoyleSports team in 2016, and has since contributed articles, football tips, and even turned his hand to acting in BoyleSports adverts.

That same year the company was on the recieiving end of some more positive publicity thanks to some of their popular money-back offers. One particular Saturday showed punters the true value of these offers as so many of them came in.

The Crossbar Challenge offer, which gives money back on selected losing bets if the crossbar is hit, was triggered in three matches – Bournemouth vs Tottenham, Leicester vs Crystal Palace, and Rangers vs Celtic – whilst the Free Fall promotion was triggered by five different horses. Thousands of BoyleSports customers received money back into their account as a result of these outcomes, and though it left the bookie out of pocket, it was excellent publicity and left plenty of happy customers eager to bet with them again.

John Boyle is rightly proud of the way he has taken BoyleSports from a single betting shop to an international operation with customers all over the world. His oversight, expertise, and hard work has been pivotal to the success of the brand, but at the age of 61, Boyle decided that it was time to step down from his role as CEO.

He was keen to keep it in the family though, and Boyle announced that his son-in-law, Conor Gray, would be stepping into his shoes as CEO. Gray’s rise up the ranks was a full one, starting as a cashier in a BoyleSports betting shop. He also performed an important role for the company in Asia before returning to Ireland to take up his new role.

Before he stepped down from his role as CEO, John Boyle left BoyleSports with a number of ambitious targets that he wanted the company to hit. One of these was to take the total number of BoyleSports shops in Ireland to 250, so Conor Gray was understandably delighted when that milestone was reached in September of 2018. Never one to be happy with his lot, Gray confirmed that BoyleSports had even grander ambitions to open 300 shops in Ireland. 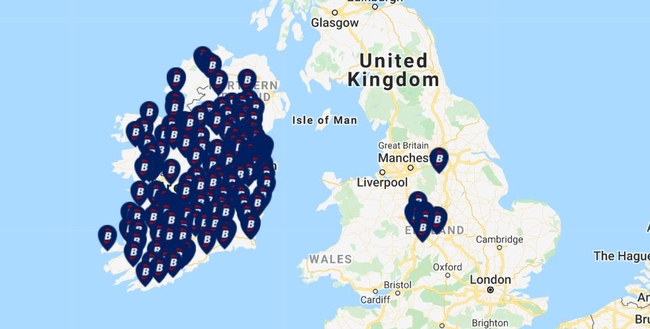 Conor Gray had an intimate understanding of BoyleSports before taking over as the new CEO, as with anybody in an important new role, he was keen to establish his authority by implementing his own plans. One such plan was for significant expansion of BoyleSports’ retail business by opening shops in Britain.

The first of those were opened in the Midlands after the company completed the purchase of the Wilf Gilbert chain of betting shops. Those 13 shops were a manageable starting point but a long way from Gray’s ambitious target of 100 betting shops in England.

Gray was confident that BoyleSports could prosper where other high street brands were closing down, because unlike their competitors, BoyleSports shops had never relied on the returns from the fixed odds betting terminals which had their maximum stakes reduced from £100 to £2 in April of 2019, hamstringing many UK based bookies high street interests.

BoyleSports were clearly seeing a good return on their investments in numerous sports, as in 2019 they announced a number of other big sponsorship deals. The first was with Birmingham City. The West Midlands club were clearly delighted with the terms, calling it their biggest sponsorship deal for a decade. The bookmaker also signed a deal with the Professional Darts Corporation to become the title sponsors for the World Grand Prix, the biggest darts tournament in Ireland.

Then in 2020, BoyleSports spent a reported €18 million on 33 William Hill shops in Northern Ireland. That number, in fact, represents every single shop that William Hill operated in Northern Ireland, but as they pulled out of the high street market on the Emerald Isle BoyleSports decided to strengthen its bricks and mortar operation. Those purchases took BoyleSports’ number of shops on the island of Ireland to over 300, more than any other bookmaker.