Australia have qualified for five FIFA World Cups in their history, with the first of those appearances coming at the 1974 tournament in West Germany. For a long time the structure of qualification left them facing a tricky play-off against an opponent from another continental zone. They lost the deciding game against Scotland in 1986, Argentina in 1994, Iran in 1998 and Uruguay in 2002.

In 2006 they gained some revenge over Uruguay though and their recent qualifying record has been solid, as the Socceroos have featured in each of the last four World Cups. They reached the Round of 16 stage back in 2006 and will be optimistic about making the finals in the future, especially if a mooted expansion to 48 teams secures the Oceania confederation a spot.

Australia have made it to five World Cups and had nine failed qualifying attempts throughout the years. They did not enter between the first finals in 1930 and the 1962 Chile World Cup, failing to qualify in ’66 and ’70.

Their first appearance at a finals came in 1974 when they qualified with Rale Rasic at the helm, though Australia did not appear in another World Cup until ’06. Their best finish in modern times was 16th place at the 2006 World Cup in Germany.

Have Australia Ever Won the World Cup?

Australia have never won the men’s football World Cup (they have more than made up for that in cricket and rugby though!). 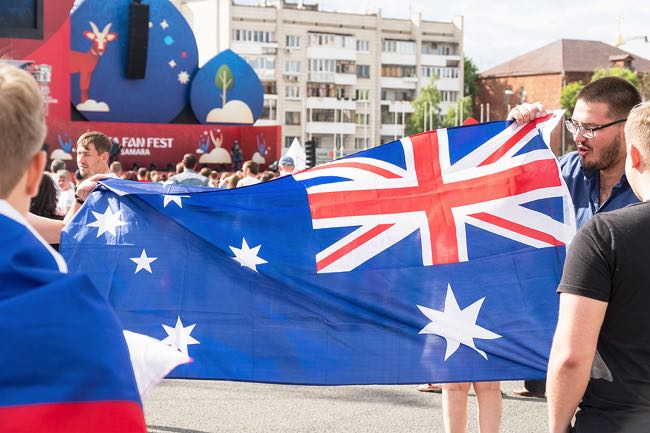 Under the excellent Guus Hiddink in 2006, Australia reached the Round of 16 stage for the first and only time in their history. In what was only the Aussies’ second World Cup and their first appearance at a finals since 1974, the Socceroos qualified from a tough group to make it through to the knockout stages.

Australia started their campaign with an excellent 3-1 win over Japan in Kaiserslautern, with all-time Socceroos great Tim Cahill helping himself to a brace. Despite losing to Brazil on matchday two, the Australians sealed their passage through to the last 16 with a 2-2 draw with Croatia in Stuttgart in their final group game. Australia were beaten by eventual winners Italy in the Round of 16 in Kaiserslautern, but it was a tournament to remember for Hiddink and the Australian national team. 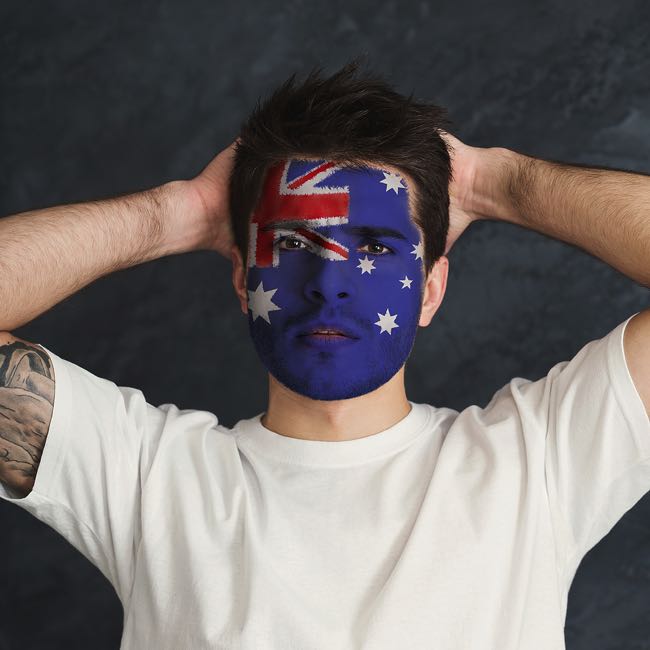 Australia have had nine failed qualifying attempts over the years, with their first qualification campaign being for the 1966 World Cup in England. The Aussies have missed out in the play-offs on six occasions, including three times in a row before reaching Germany in 2006. Australia have played in each of the last four World Cups since missing out on South Korea & Japan in 2002.

Qualifying for the World Cup is an achievement in itself for a nation like Australia, but they have had a couple of poor showings on the grand stage. The Aussies finished in a lowly 30th place in both Brazil (2014) and Russia (2018) in recent times.

On Brazilian soil a few years back, Australia failed to take a single point from three group matches. Granted, it was an extremely tricky group with the likes of Spain, Chile and Netherlands. After losing to Chile on matchday one, a 3-2 defeat to Holland saw them exit the competition. Bert van Marwijk’s troops were then soundly beaten 3-0 by Spain in Curitiba to leave Brazil with zero points.

If anything, their performance in 2018 was even worse. Drawn against France, Denmark and Peru they would have felt they had a very real chance of claiming second spot and progressing. Hopes would have been raised by a solid performance first up against eventual winners France, the Socceroos losing 2-1.

A decent enough 1-1 draw against Denmark followed, but Australia let themselves down in their final game, losing 2-0 against Peru. The Danes drew with France so ultimately the result was irrelevant but finishing bottom of the pile will have still stung the proud nation.