The Japan national team first entered the World Cup in 1954, having previously been suspended by FIFA for their role in the Second World War. They managed to make their first appearance at a World Cup in 1998 and in 2002 were given the honour of hosting the tournament alongside rival team South Korea.

Since then they have made it to every World Cup finals with varying degrees of success, rarely making it through the group stage, but easily proving themselves to be one of the best Asian teams. Let’s look at some of the highlights that sum up Japan’s World Cup record, from their glorious victories to some disappointing lows.

Japan have made it into the finals of six successive World Cups, starting in 1998, including when they hosted the tournament in 2002 alongside South Korea. This fine run came after a long spell of not making it into the competition in any of their first nine attempts over a 44-year spell.

Changes to the AFC (Asian Football Confederation) qualification format made it easier for Japan to qualify with an increasing number of teams meaning more games were played which allowed Japan to demonstrate their quality, with a rising number of stars appearing over the 1990s and 2000s.

In their first competition, the 1998 France World Cup, they only managed to score one goal. Yet the Japanese have improved on this over successive tournaments, netting six at the 2018 tournament in Russia.

Have Japan Ever Won the World Cup?

Japan have never actually won the World Cup, having only made it out of the group stages on three out of the six occasions that they have made it to the final tournament of the World Cup. On two occasions they were placed ninth overall, both at the 2010 tournament in South Africa and when hosting the competition in 2002. They also made it to the Roun of 16 in 2018, but they ended up in 15th place overall. 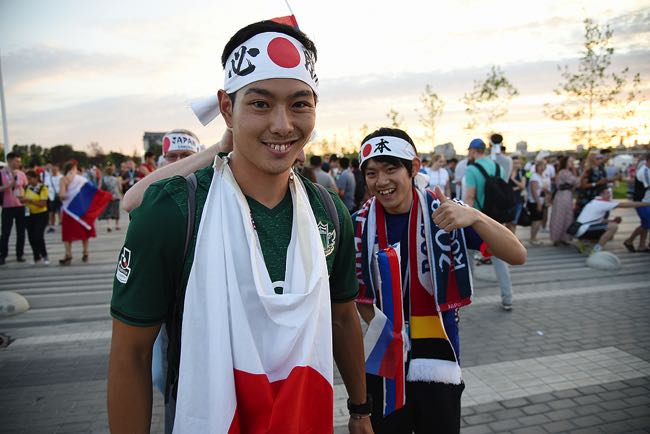 Japan’s best World Cup performance came in 2002 when hosting the tournament alongside South Korea. Considered rivals, due to their history within the same empire, and being two of the best teams in the region, the two countries put aside their differences to host the tournament.

Drawn against Russia, Tunisia and Belgium in the group stages, Japan put out a couple of impressive performances beating Russia 1-0 and Tunisia 2-0, in spite of an opening 2-2 draw against Belgium. This led to them finishing at the top of their group, securing a last 16 tie against Turkey. They lost that game 1-0, much to the dismay of the home fans. Meanwhile, joint hosts South Korea made it all the way to the semi-finals, which rubbed salt in the wound a little. Japan showed some impressive form at the 2002 World Cup and will be remembered for years to come.

Japan also made it to the last 16 of the World Cup in 2010 and 2018. With their 2-1 victory over Colombia in the 2018 World Cup group stage made them the first Asian nation to ever beat a team from South America at a World Cup. Their performances throughout the 2010s were often defined by the impressive performances of a golden generation of players, led by Shinji Kagawa, Shinji Okazaki and Keisuke Honda. 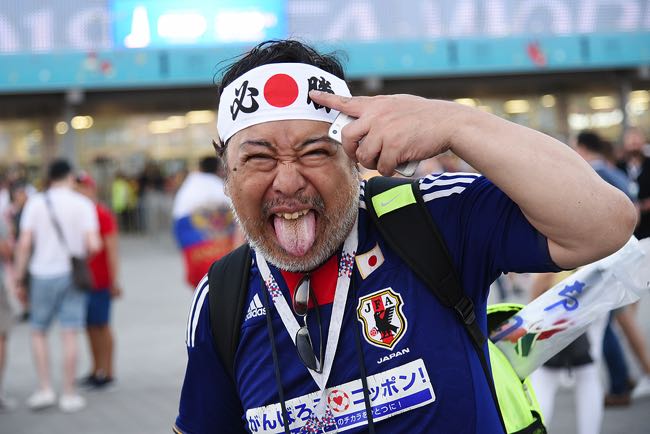 Japan almost went through the whole 20th century without qualifying for the World Cup but they qualified for the final tournament of the century in France in 1998. First entering the tournament in 1954, they failed to win a single game until the 1974 qualifying rounds for the West Germany World Cup. (They did not enter in 1958 or 1966, however).

Their performances slowly ramped up over the years and they won five out of eight qualifying games for the 1986 World Cup, even scoring 15 goals, yet still they failed to make it into the finals of the competition.