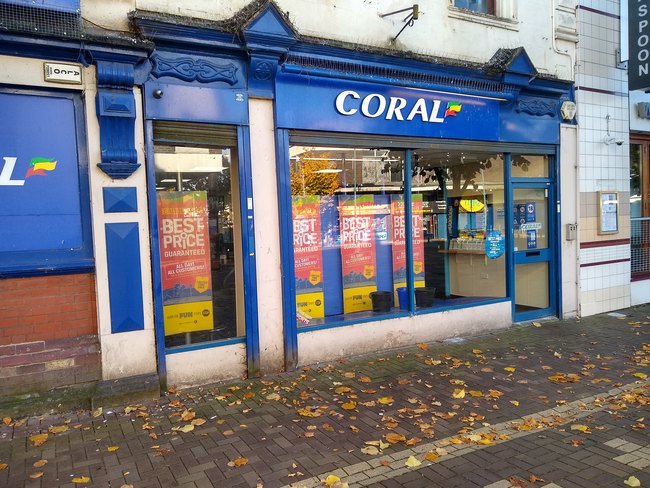 There are only a few names synonymous with the sports betting and the gambling industry which still exist on the UK high street today, but one name which most certainly still reigns supreme is Coral.

The company was not even in existence in 1920, by 2020 Coral had grown to become one of the most instantly recognisable brands in the sphere. So how exactly did the name and famous white on blue logo come to such prominence?

As with many companies in the gambling industry – and indeed in other areas of business – Coral began life on a much smaller scale. In Coral’s case, the origins and subsequent growth of the company can be attributed to just one man; Joseph Kagarlitsky… but more on him later.

The scale of the business isn’t the only thing which has changed over this time. The nature of the company’s operations has also altered significantly over the years. Gone are the days of arduous credit betting and seedy back street operations, with Coral now one of the most modern and respected names in the betting world. Be it sports betting, bingo, or casino action which gets your gambling juices flowing, Coral can be counted upon for a top-level product and excellent service.

Thanks to the initiative of one Polish immigrant way back in the early 20th Century, Coral has enjoyed a century of growth, and here we chronicle the journey taken by one of the biggest players in the gambling game. 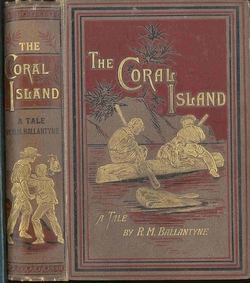 We begin with Mr Joseph Kagarlitski, born in Warsaw in 1904, although he considered himself a Russian as his father was from Kiev (presumably of Russian descent). A Jewish immigrant to the UK, Joseph changed his name to the snappier sounding Joe Coral (he could probably have been a funk drummer!) as he believed this would help in his pursuit of employment. Why Coral? No great meaning behind this it seems, with the choice allegedly being down to the fact that his sister was reading a book called Coral Island at the time.

Young Joe didn’t much take to school, often playing truant before leaving at 14, although that was common in those days. Originally finding employment working at both a lamp making and an advertising company, Joe’s flair for mathematics and love of betting soon sent him along a different path.

Taking his first steps in the industry as a bookie’s runner, it wasn’t long before Joe Coral began taking bets himself. Initially finding custom in and around the local billiard clubs, he soon began operating his own pitches at the Harringay and White City greyhound tracks – later expanding to Clapton and Walthamstow.

The greyhound pitches, in addition to running a speedway meeting at Harringay, represented the legitimate side of Joe’s operation. However, the murky – and illegal – world of street betting also seems to have made up a large part of Coral’s business in these early years. By 1930 Joe was said to employ up to 80 agents in order to collect bets on his behalf.

A combination of all of the above led to Joe Coral becoming known as one of the largest regional bookmakers in the country by the end of the 1930’s.

With the fairly rapid growth in trade, Coral was going to need a base of operations. The company’s first offices, which were largely concerned with its credit betting operations, were based in Stoke Newington in north London. By the end of the First World War though these had been relocated to London’s West End. 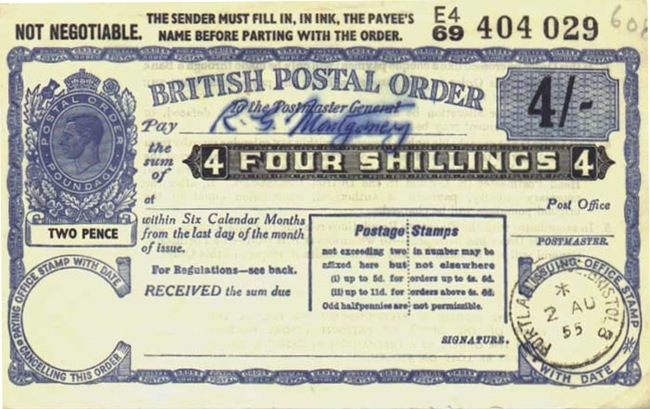 Already having some experience in the advertising business, Joe Coral wasn’t about to miss out on the opportunity to both build the name of his company and reach new customers through press advertisements.

It was permissible to advertise the postal credit betting service offered by the business in publications such as the Sporting Chronicle and the Sporting Life at this time, as no cash changed hands in postal betting – only cheques and postal orders.

1960 was the single biggest watershed moment in the history of gambling in Britain at the time and possibly even still today. It was in this year that the Betting and Gaming Act was passed. The most significant aspect of this act was the legalisation of off-course cash betting.

Initially opposed to the new legislation due to concerns about the type of customer it may attract, Joe Coral seemingly didn’t take too long to get over these misgivings and change his mind, as he opened his first high street betting shop in 1961, and by 1962 had 23 such establishments under the Coral umbrella.

With the high street betting shop section of the business now undergoing a period of substantial growth, the decision was taken to register Coral as a public limited company.

At around this time the company also really began to spread its wings in terms of branching out into other sectors, including the bingo hall, casino, and hotel markets.

The company further solidified its position in the British betting arena via a merger with Mark Lane bookmakers. The new company maintained the snappier Coral moniker but this early merger/takeover was a sign of things to come.

1973: Sponsors The Welsh Grand National For The First Time 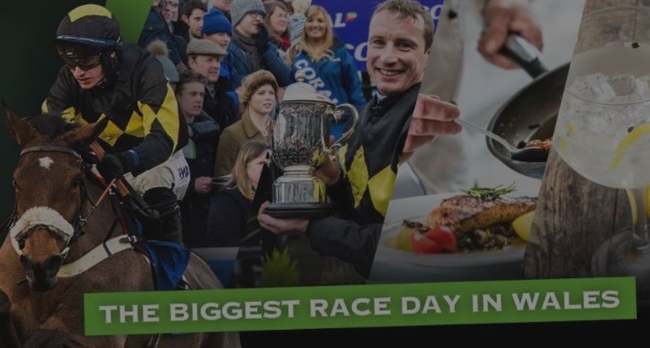 Coral has long been a supporter of the product which has proven to be such a significant driver to its success as a business. British horse racing provided a huge part of Coral’s income, especially in the early days, and the company sponsored numerous events throughout the year both on the flat and over jumps.

The longest running of these arrangements – and indeed now the longest running sponsorship agreement in the whole sport – is the firm’s association with Chepstow’s Welsh Grand National, which it first lent its support to in 1973.

In order to greater reflect this more diverse portfolio, the decision was taken to change the name of the firm to the Coral Leisure Group.

1981 saw the growing firm catch the eye of one of Britain’s biggest and oldest brewing companies, with Bass Plc stepping in to acquire Coral for an unpublicised fee. Although now falling firmly under Bass’s ownership and management, the new owners opted to leave the recognisable Coral branding in place. Bass may have been the world’s oldest trademark but they knew the Coral name was right for betting.

The likes of the tote placepot and jackpot have long featured amongst the most popular types of horse racing bets in the UK, but had previously only been available either on track or in a Tote-owned betting shop. Recognising that it was failing to cash in on the popularity of these popular bets, 1992 saw Coral reach an agreement with the Tote allowing the older company to make Tote products available in their betting shops.

The next takeover in the Coral chronology almost came in 1998 as fellow betting giant Ladbrokes purchased the company for a headline grabbing £363m. This initial amalgamation of the companies was to prove something of a short-lived affair, however.

Running afoul of the monopolies and mergers commission, the new owners were forced to sell Coral almost immediately. Ladbrokes did retain 59 shops in Ireland and Jersey, but the rest of the business went to Morgan Grenfell Private Equity for £390million in 1999.

Looking to increase its presence in the online market, Coral opted to purchase the Gibraltar-based Eurobet for £7.1m just before the turn of the century, with the combination of Coral’s bookmaking expertise and Eurobet’s established product, which specialised in football betting, deemed to be a good fit.

2000: Changes its name to Coral Eurobet

In recognition of its recent acquisition, the company changed its name to Coral Eurobet in May 2000.

Yet another takeover came just two years late in September 2002. On this occasion it was of the management buyout variety, in a move backed by Charterhouse Development Capital.

2005 saw the biggest takeover yet, with the £2.18bn paid by Gala being a good indication as to just how much the company had grown since the late 1990s and the way the industry was heading.

Already a strong presence in the bricks and mortar bingo and casino markets, this seemed a logical move for Gala, and established the newly named Gala Coral Group as Britain’s biggest bingo operator, and third largest bookmaker.

The Eurobet branch of the business was also maintained, continuing as a separate entity to the main Coral operation.

Already having a long running arrangement with one of Britain’s major steeplechases in the form of the Welsh Grand National, 2007 saw Coral lend its support to Ayr’s Scottish version of the race for the first time. 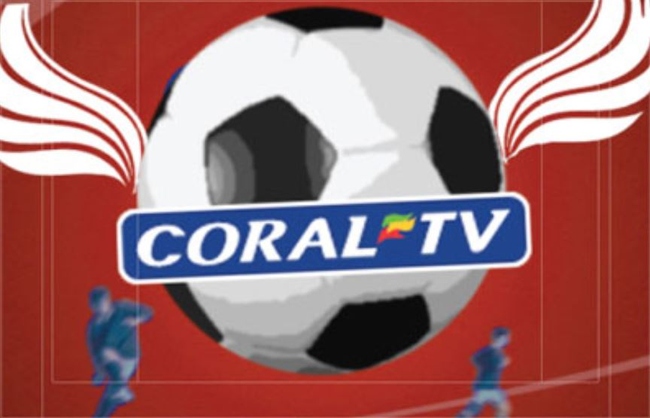 2009 saw a major change in Coral’s media output, with the company moving its broadcasting operations to a brand new, purpose-built studio in Milton Keynes in order to support the launch of Coral TV, a new media product to be broadcast across the firm’s betting shop estate and online.

Coral pushed the boat out still further in 2010 ahead of the Football World Cup, with its latest media offering of the “Coral Dugout”. Bringing in big names such as Jeff Stelling and Graham Poll, the firm aimed to improve its depth of coverage ahead of one of the major sports betting events on the planet.

The pattern of improving the company’s facilities continued in 2011 as the Gala Coral group shelled out the huge sum of £1.45billion for the purchase of 30,793 square feet of new office space in Stratford City.

This year also marked a change in approach to the company’s online offering. Having previously operated a slightly scatter-gunned approach, the launch of Gala Interactive as the company’s online division saw the offering streamlined into three separate websites: Coral, Gala Bingo, and Gala Casino – in addition to the Italian-market-focussed Eurobet.it.

2012 saw the company cast off its land-based casino operation, with its 23 properties going to Rank for £205million, as as reported by the BBC at the time. 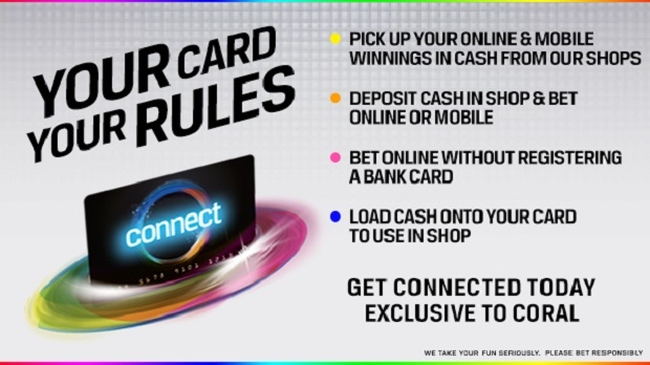 With product integration becoming one of the main focusses of the betting industry – due to the massive growth of online wagering – Coral was one of the early movers in making an effort to tie its various products together, with the 2015 launch of the Coral Connect Card. This meant that customers could now bet in a shop through their online and/or telephone accounts.

Providing a single wallet solution, the card enabled customers to make withdrawals from, and deposits to, their online account in shop, in addition to coming with a handy bet-tracking app and a range of perks and special offers.

Following the 2012 sale of the land-based casino branch of the business, further streamlining occurred via the sale of the 130 Gala Bingo clubs the business then owned to Caledonia Investments for £241m.

If at first you don’t succeed! Eight years after first falling under the ownership of Ladbrokes – albeit briefly – two of the giants of the British betting game finally joined forces proper in 2016. Crucially on this occasion the firms adhered to the advice of the monopolies and mergers commission before completing the deal – selling off in the region of 400 shops, mainly to Betfred and Stan James.

With all the legal boxes ticked, the deal was made official on 2nd November 2016, with the new company going by the name of Ladbrokes Coral Plc. Whilst now operating as one entity from a Plc perspective, the company did make the decision to maintain Ladbrokes and Coral as separate businesses from a user perspective, believing both were strong enough brands to thrive.

Seemingly never too far away from a takeover of some description, March 2018 saw the recently formed Ladbrokes Coral Group taken over by the betting and gaming giant GVC Holdings, in a deal reported to be worth a whopping £4bn.

More information on this latest takeover can be seen at the corporate GVC website. Already owning the likes of bwin, Sportingbet and partypoker, GVC Holdings are now undoubtedly one of the biggest players in the global betting market, although even further consolidation should not be ruled out in the future.