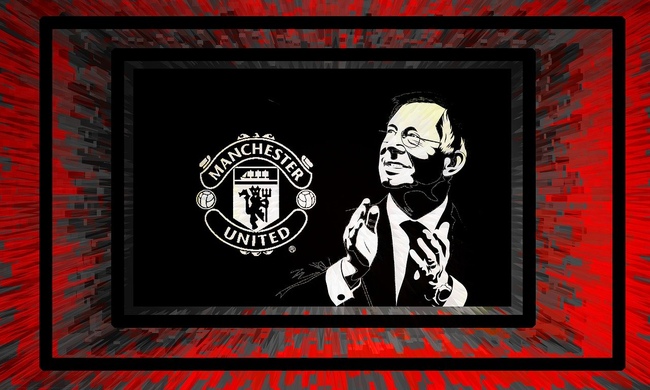 Image by nadejda bostanova from Pixabay

Man United are one of the biggest, richest, and most famous clubs in the world, and given their army of fans there are usually loads of brilliant enhanced odds and offers available on them.

The Red Devils’ matches are televised more often than any other British side’s, and these big live clashes almost always attract the bookies’ attention.

If you want to get a bit more bang for your buck next time you bet on United then you can find plenty of free bets and offers at various bookies listed on this site.

In addition, we’ve also got plenty of history and stats/trivia on Manchester’s finest football club. It won’t help you win a bet but it might help you win an argument in the pub, which is just as valuable depending on who you talk to. 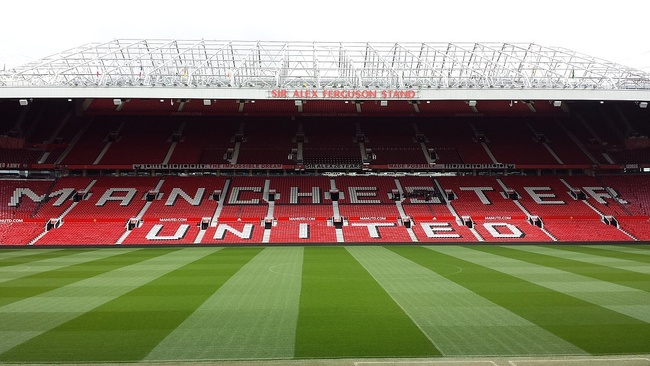 Whatever team you support, there is no denying that Manchester United are high achievers. The Red Devils, as they are affectionately called, have a trophy cabinet most clubs can only dream about and a vast global fan base to match. Old Trafford, nicknamed “The Theatre of Dreams” is their home and it stands as one of the world’s most iconic stadiums.

While boasting a huge following of their own, there are plenty of football fans who consider United to be one of their biggest rivals. Nevertheless, many punters put club allegiances aside when jotting them down as one of their first selections on a weekend accumulator.

Below is some more information about the club so many people love, and many others love to hate. 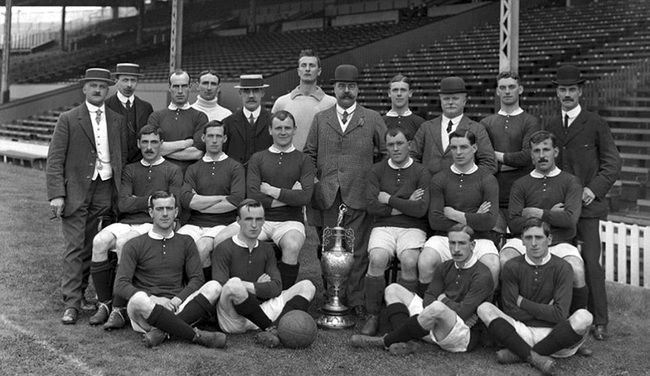 The club was founded in 1878 although in the early days it was known as Newton Heath LYR Football Club, but before too long the club ran into financial difficulties and a winding-up order was issued in 1902. With debts totalling £2,670, Captain Henry Stafford and four businessmen stepped in to save the club, each investing £500. In return for their money, they were given some say in running the club and one of their first decisions was to rename the side Manchester United.

Just six years later, in 1908, the investment turned out to be a very rewarding one as United lifted the First Division title, and further success would come the following season as United won the FA Cup for the first time. It was during this period when a new home for the club was built – Old trafford. The stadium would host its first game on 19 February 1910, but it could not inspire United to victory as they fell to a 4-3 defeat against Liverpool.

In the years after World War One, the Red Devils turned into somewhat of a yo-yo club. In 1922 they ended up relegated, before returning to the First Division in 1925. In total, the club would be relegated and promoted three times during the inter-war period. Alongside the on-pitch disappointments, the club hit another period of serious financial trouble. Coming to the rescue this time was James W. Gibson, who ensured United survived the Great Depression. 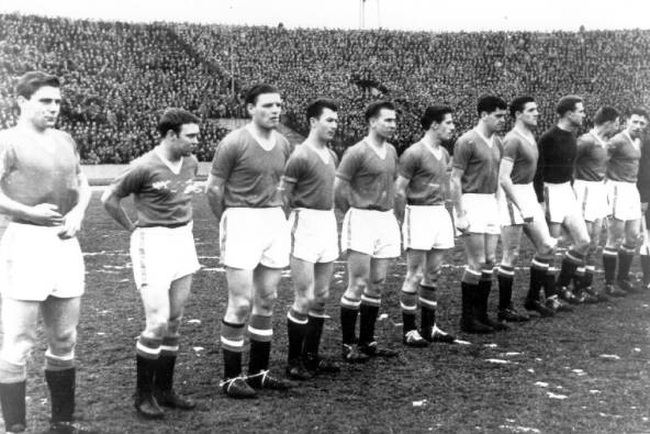 The Busby Babes Last Ever Match, 1958

When football returned after World Two, Matt Busby found himself in charge of United, his first ever managerial job. To begin with, the former Liverpool player guided his side to three consecutive second place finishes plus an FA Cup win in 1948. There would be a little wait for a league title, but eventually, in 1952 Busby ended United’s 41 year spell without a First Division title. By this point though, United had an aging squad and so the manager subsequently (and famously) turned to United’s youth players to answer the call.

By 1956, the United squad had an average of age of just 22 and they became widely known as the Busby Babes. Busby’s faith in youth paid off, and his side lifted back to back league titles in 1956 and 57. Big things were expected for the following season, but disaster struck as a plane carrying the United squad crashed on take off at Munich-Riem Airport. Eight players and 15 other souls died as a result of the Munich disaster, and the club went into mourning.

Along with the tragic loss of life, United had also lost the nucleus of one of the greatest groups of players English football had ever seen. Rebuilding the squad was no easy task, but Busby was determined to restore United’s status as the best team in the country.

Seven years later and this is exactly what happened, as the Red Devils won another First Division trophy. The achievement would soon be overshadowed though, because in 1968 United became the first English side ever to win the European Cup. That side, with George Best, Bobby Charlton, and Nobby Stiles just some of the stars among them, beat Benfica 4-1 after extra time.

Sir Matt Busby’s achievements as manager have only been surpassed by that of Sir Alex Ferguson. The Scotsman moved from Aberdeen to Manchester to swiftly replace Ron Atkinson who had dragged United into a relegation scrap. Although he was able to pull them safely clear and finished second the following season, there were calls for him to quit after a disappointing 1989/90 league campaign. Victory in the FA Cup final replay over Crystal Palace was enough to restore confidence in him though, and from then on he never looked back.

Ferguson had the taste for silverware, and regular trophies began coming his way. A first European title for the Scot came in the form of the Cup Winners’ Cup in 1991, and a Super Cup victory followed a season later. A first league title came next in 1993 as his talented United side won the inaugural Premier League season. It would be a league he would go on to dominate, winning it 13 times over his career, making him the Premier League’s most successful manager to date.

One of his greatest achievements as United boss came during the 1998-99 season when United became the first side to win the Treble. Premier League and FA Cup success was topped off by an incredible last gasp victory over Bayern Munich in the Champions League final. Two goals in injury time handed United the trophy, and given the importance of the game, it’s considered one of the greatest sporting comebacks of all time.

Ask 100 United fans to name their dream team first XI United squad and you’ll probably get 100 different answers. For one very strong looking line-up, take a look at the video below which features some of United’s all-time greats:

One notable absentee from the above video that we must give a special mention to is George Best. The mercurial Northern Irishman was part of the European Cup winning squad of 1968, the same year he was voted European Player of the year, edging out teammate Bobby Charlton. In total he amassed 474 appearances from the club, scoring 181 goals.

There are so many goals to choose from but below we describe some of the Manchester United moments which will live long in the memory of all footballing fans. Whether you are a United fan or you were simply backing United to score the next goal, these are strikes that will have definitely got you out of your seat: 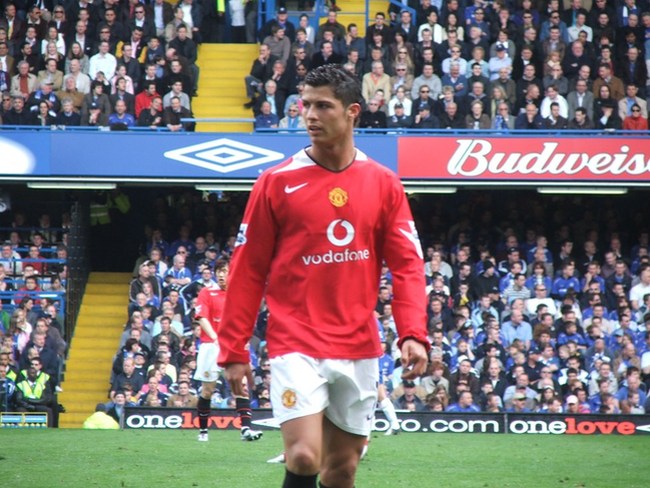 It’s not too often United find themselves humiliated but there have been some occasions when they’ve been on the receiving end of an embarrassing defeat. Here are some of the most high-profile examples across all three competitions in English football:

We’ve already mentioned the incredible comeback in the 1999 Champions League final but here are some other results that United fans won’t forget anytime soon: 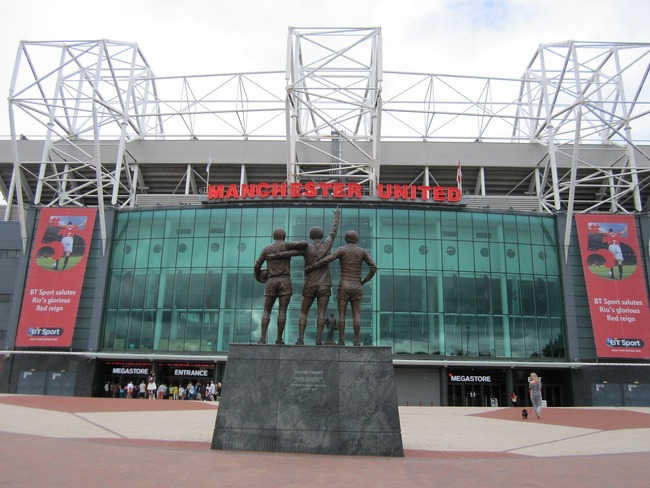