Brazil are the most successful nation in FIFA World Cup history, winning the famous trophy an unrivalled five times. Their first victory came way back in 1958, with the most recent of those triumphs coming in South Korea and Japan in 2002. At the time of writing, the Seleção have won 73 of 109 World Cup matches, an incredible win percentage.

Brazil have never failed to qualify for a World Cup finals. Their first World Cup appearance came in the inaugural tournament in Uruguay back in 1930, making them the only side to have played at every single finals. Since the 1966 World Cup in England, the Brazilians have got past the first Group Stage in every World Cup. From 1958 to 1970, Brazil won three of the four tournaments, with Pele at the centre of that golden period of unparalleled success.

When Did Brazil Last Win the World Cup? 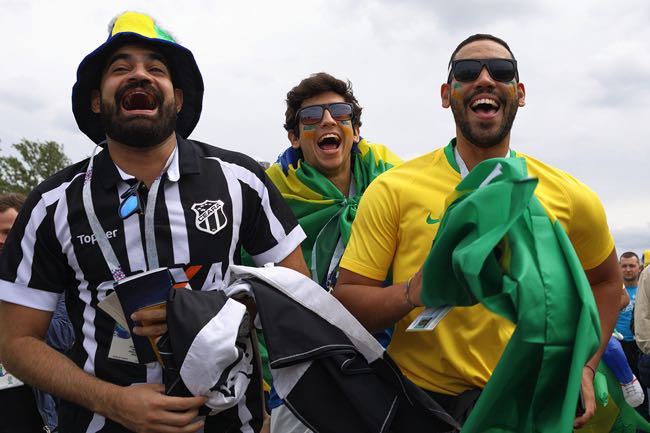 As we have made clear, despite their recent “drought”, Brazil have a formidable World Cup record. They are the only nation to have played in every World Cup tournament, picking up a staggering 237 points along the way. Many pundits, former players and fans alike believe that Brazil’s World Cup-winning team of 1970 is the best side of all time. Carlos Alberto’s famous goal in the final, to make it 4-1, is an iconic piece of football that perfectly represents that team too.

Brazil’s first World Cup success came in Sweden in 1958 and was the first by a side outside their home continent. Having been losing finalists on home turf eight years prior, Little Canary were not to be denied this time around. They beat Wales and France in the knockouts before seeing off hosts Sweden 5-2 in the Solna final.

This tournament was famous for the emergence of Edson Arantes do Nascimento – Pele. The Santos star announced himself to world football by breaking a host of records, including becoming the youngest player to appear in a World Cup final. He scored a brace in that showpiece, which must have been a terrible disappointment after he notched three in the semis!

Brazil successfully defended their World Cup trophy four years after winning in Sweden. Managed by Aymore Moreira, the Brazilians went on to beat Czechoslovakia in the final in Chile, coming from behind to win 3-1. Pele was still only 21 but was generally considered to be the best player on the planet, although injury in the second match ruled him out for most of the finals after he registered a goal and an assist in the opener.

Having been knocked out in the Group Stage of World Cup ’66 in England, Brazil were back on top of the world at the 1970 World Cup in Mexico. The Brazilians won all six of their fixtures, scoring 19 times to boot. The Seleção were far too strong for Italy in the Mexico City final, with Pele, Gerson, Jairzinho and Carlos Alberto netting in the 4-1 rout.

Brazil’s front five were simply too good, with Pelé, Gerson, Jairzinho, Tostão and Rivelino all greats of Brazilian football who combined to produce some irresistible football. Their toughest game probably came against England in Guadalajara, the defending champions playing well and only losing 1-0 in a game famous for Gordon Banks’ incredible save from a Pele header.

Brazil’s fourth World Cup victory was a memorable one in the United States of America back in 1994. The nation became the first team to win a World Cup on penalties, beating Italy 3-2 after a 0-0 draw in normal time at the Rose Bowl in California. Prior to that, they saw off the hosts in the Round of 16 before edging past Netherlands and Sweden.

Boss Carlos Alberto Parreira caused a lot of controversy at home in Brazil with his more pragmatic approach that fans felt betrayed the nation’s footballing history. However, it delivered a first World Cup in 24 years, albeit that their 11 goals in seven games was the lowest goals-for average of any previous winner.

2002 – Ronaldo Inspires Brazil to Victory in South Korea and Japan

Brazil’s fifth and final (at the time of writing) World Cup win came in a very successful tournament in South Korea and Japan in 2002. Ronaldo was in red-hot form, scoring eight times as Brazil beat Germany in the final at International Stadium Yokohama in Japan. Ronaldo scored both of Brazil’s goals against the Germans.

Brazil once again proved they were the masters of winning away from home, claiming an Asian World Cup to go with past successes in Europe, South America and North America. This was not a vintage side but even so they managed to win all of their games in normal time, with players such as Ronaldo, Rivaldo and Roberto Carlos shining.

Brazil have had a World Cup Golden Boot winner on four occasions. The most recent was Ronaldo, who bagged eight goals in Brazil’s World Cup-winning campaign in South Korea and Japan in 2002.

Their first top goalscorer was Leonidas, who netted seven times in France back in 1938. On home turf in 1950, Ademir scored eight, while Garrincha and Vava shared the award with four others at the 1962 World Cup in Chile. 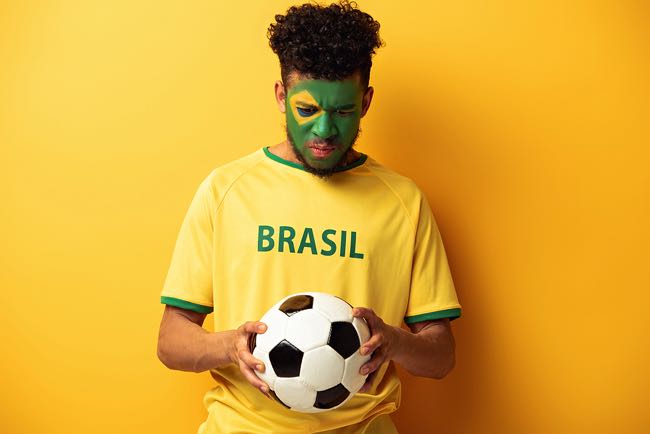 Brazil have a pretty astonishing World Cup record, unmatched by any other country in world football. Having said that, there have been one or two dodgy performances by the brilliant Brazilians over the years, at least by their ludicrously high standards.

Sandwiched in between two World Cup wins was a relatively poor showing in England in 1966. Brazil were one of the favourites, but they failed to get past the Group Stage, losing two of three group fixtures.

And of course any discussion of Brazil at the World Cup would be incomplete without mention of the Mineirazo, or Agony of Mineirão. To say Brazil had a game to forget on their own patch at the 2014 World Cup would be something of an understatement.

The Brazilians were stunned by eventual winners Germany, crashing to a heavy 7-1 defeat in the semi-final in Belo Horizonte. Losing at home was bad enough but to be humiliated 7-1 was a result that will hurt Brazil forever. To make matters worse, a few days later, Luiz Felipe Scolari’s men were easily beaten 3-0 by Holland in the third-place play-off.