El Clasico, the name given to games between Barcelona and Real Madrid, sees Spain come to a halt, with even those who support the likes of Levante or Elche having a strong affinity to one of these two sides. Whether you are a fan or a neutral, betting on El Clasico makes this amazing game even more exciting.

Part of the allure of this fixture is the myths and counter-myths that surround the rivalry between the two teams, and with politics, money, and world star players, these dramatic games enthrall football fans around the world.

Just about every El Clasico is televised so betting on and watching these huge Barca v Real games is easy.

The La Liga title will be heading to Barcelona but Real will be able to handle that if they end up retaining their Champions league crown…again. There isn’t much more than pride at stake here, but that’s plenty enough in any Clasico.

Will Real rest players or will they give it their all to try and finish above Madrid rivals Atleti? Read on for our thoughts.

Preview, Stats and Head to Head

Real Madrid come in to Saturday’s game priced at long odds of 7/2 with Betfair to claim the win. Meanwhile, the home side are priced at just 8/11 with Coral, with the draw on offer at 10/3 at Bet365.

It’s easy to see why Barca are such strong favourites given they aren’t involved in European competition, are at home and are a whopping 15 points better off than Real. What is harder to be sure about is whether Zidane will rest key players, notably Ronaldo.

In truth, whether Ronaldo plays or not, we think the Nou Camp will be able to roar their side to another victory over their rivals. Barca look a nice acca addition at the odds but you can improve that price by including BTTS as well. Even without CR7 we’d back Madrid to score.

Last of all, when it comes to the correct score, we like the look of 3-1. 11/1 is a big price given recent games between these two and the free scoring nature of both.

When is the Next Clasico – Barca v Real Dates

Real Madrid and Barcelona play each other so regularly in a variety of Spanish and European competitions. That means there is never too long to wait until the next installment of El Clasico!

Below you can see upcoming matches, as well as some recent results. 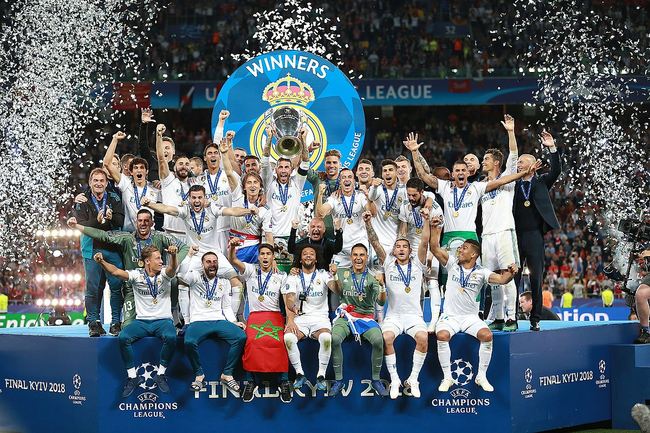 Real Madrid are often portrayed as the team of the regime under the years of General Franco, however, that does Los Meringues something of a disservice given that many of their supporters, players, and officials fought as hard as anyone during the Spanish Civil War against Franco. However, with the Generalisimo taking charge in 1939, it would not be until the 1950s and 1960s when Real Madrid would truly become the dominant force in Spanish and European football with Real winning four back to back La Liga titles from 1953-1958, and they nearly completed a clean sweep in the 1960s as they won an amazing eight out of 10 titles.

This dominance carried on into Europe as they defeated all who came before them, securing their sixth European cup by 1966 – not bad considering they had won the inaugural cup in 1956. That team was built on the talents of Alfredo di Stefano, Ferenc Puskas and Raymond Kopa who were brought in for relatively big money at the time. That legacy has certainly continued through to the modern era with Real being seen as the club of the Galacticos, and only two of the XI that started in their 2014 Champions League win came through the club’s academy: Iker Casillas and Dani Carvajal.

Real Madrid have enjoyed huge success in recent years. They now have 13 Champions League crowns, and Under Zinedine Zidane they became the first side to retain the trophy in the modern era and also ended a long wait without La Liga.

Save the Dream from Doha, Qatar [CC BY]

It can be claimed that Barcelona have utilised their youth system to greater effect than Real, especially in modern times, and they are often seen to bring more players through themselves. Indeed, seven of Barcelona’s starting XI in their 2011 Champions League triumph came through the fabled La Masia academy.

However, that’s not to say Barcelona haven’t also spent big at times, and the man who is often credited with setting the benchmark for the Barcelona side you see today, Johan Cruyff, brought in a number of big name stars during his reign. In came the likes of Ronald Koeman and Hristo Stoichkov, whilst more recently Barca paid over £70m for both Luis Suarez and Neymar.

During the early 1990s under the Dutch legend Cruyff, Barca won 11 trophies including four La Liga titles in a row and a European Cup win over Sampdoria. However, not only did they achieve success, but they did it with a style of play that would later be christened tiki-taka by the media, and that style can still be seen today with Barca preferring smaller, more technical players, whilst Real Madrid tend to favour athletic powerhouses. Lionel Messi and Cristiano Ronaldo epitomised that difference perfectly, before Ronaldo left Real.

Barca last won the Champions League in 2015 and they will be determined to battle back against the recent supremacy of Real Madrid. As ever, the battle looks set to be hugely entertaining.

With contrasting styles and influences all thrown in against the backdrop of the Francoist regime and the Catalan independence movement, it was always likely that these two sides would become fearsome rivals. They have also had plenty of time to cultivate this rivalry as they, alongside Basque outfit Athletic Bilbao, are the only three teams never to have been relegated from the Spanish top flight – now there’s a fact for you stattos!

The rivalry really began to spark after the semi finals of the 1943 Copa del Generalisimo, when Barcelona were rumoured to have been intimidated by the police before the game. When they refused to take to the field for the second half, the Madrid Chief of Police stepped in to order them onto the pitch. At this point, the Barcelona players felt so aggrieved with their treatment from the police, but also Real, that they basically refused to play and they were turned over 11-1, Barcelona’s record worst defeat.

The transfer saga of Alfredo di Stefano also augmented the rivalry as the Argentine had agreed a deal in principle with Barcelona who had signed him from Millionarios in Colombia. However, FIFA ruled that the Colombian league was an illegal breakaway and so Real were able to snatch him from Barca as they agreed a deal with di Stefano’s Argentine club, River Plate. That transfer left a lot of bad blood between the two clubs, and although other players have played for both only one other man comes close to that saga.

Luis Figo moved to Real Madrid from Barca, a club where he was adored and idolised, for a world record fee of £37m, and on his return to the Nou Camp a few years later a pig’s head would famously be thrown at the Portuguese international.

The fact that the rivalry is so strong is precisely what makes it such an exciting game. Most Madrid fans would see a game against Barcelona as being more important to them than the Madrid derby with Atletico, in the same way as Barca fans disregard their derby with Espanyol in favour of El Clasico. It is a match between the regime and Catalan nationalism. Galacticos against home grown talent. It is Barcelona against Real Madrid and it is the biggest game on earth. Sit back, get your bets on, and enjoy the rivalry and the brilliant football.