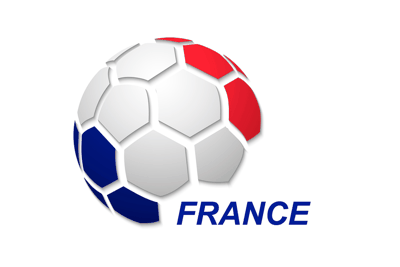 The France national football team are the current holders of the FIFA World Cup after winning the 2018 tournament in Russia. They have won the competition twice and finished runners-up one occasion and as such Les Bleus are one of the most successful countries in World Cup history. But there is still a feeling in some quarters that the side have underperformed on more than one occasion on the biggest stage in football. Whether through arrogance, squad disunity or overinflated egos, France have had a tendency to shoot themselves in the foot.

Here we’ll assess France’s World Cup record and look at their major successes and their sometimes rather dramatic failures. There is no doubt that over the years they have benefitted from some supremely talented players, and when they get things right they have proved themselves able to go all the way.

Since qualifying as hosts and winning the 1998 World Cup, France have featured in every World Cup championship. Overall, the French have participated in 15 World Cups over the years, with just Brazil, Germany, Italy, Argentina and Mexico competing in more.

When Did France Last Win the World Cup? 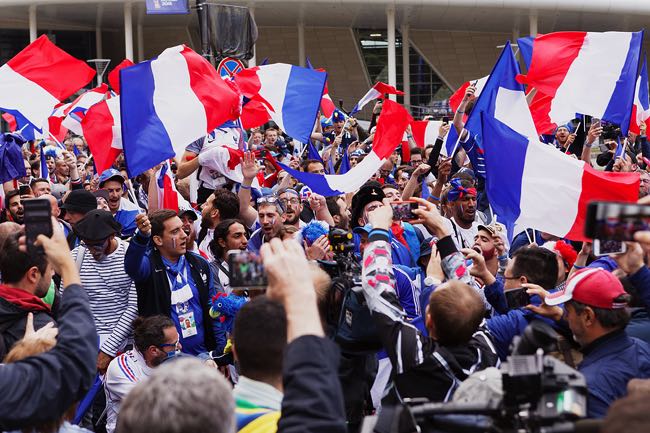 France are one of just six nations to have won the World Cup more than once. As mentioned their first victory came on home soil back in 1998, securing the victory against the mighty Brazil in front of a jubilant crowd at the Stade de France. The French were back on top of the world in Russia in 2018 when – 20 years after that first crown – they landed their second world title in fine style.

Back in 1998, France won the World Cup for the first time. They failed to qualify for Italia ’90 and the 1994 World Cup in USA, so to win the competition as tournament hosts was quite an achievement by Aime Jacquet’s men.

France were drawn in Group C along with Denmark, South Africa and Saudi Arabia. On paper it looked a relatively easy group, and so it proved on the pitch as France beat South Africa 3-0, Saudi Arabia 4-0 and Denmark 2-1.

France then beat Paraguay 1-0 in their Round of 16 game, though they were taken to extra time, a Laurent Blanc goal ultimately proving the difference between the sides. Italy were France’s quarter final opponents, and this one also finished 0-0 after normal time and no goals were scored in extra time either. In the subsequent penalty shoot-out France edged it 4-3 to progress to the semis.

France’s semi-final opponents were Croatia, who were having a great tournament. The hosts took victory in an exciting game thanks to a brace from Lilian Thuram. The match ended 2-1 to Les Bleus to set up a mouth-watering final with Brazil. In a match that will be remembered as much for the Ronaldo “will-he-won’t-he play?” saga as anything, in the end it turned into something of a masterclass from France. Two goals from Zinedine Zidane and one from Emmanuel Petit allowed the hosts to cruise to a 3-0 victory and claim their first World Cup.

2018 – French See Off Croatians in Moscow

Two decades after their heroics on home soil, France secured their second World Cup success in Russia. Didier Deschamps’ boys were one of the pre-tournament favourites, and Les Bleus certainly impressed in the 2018 competition.

France reached the knockouts by picking up seven points from a possible nine in Group C after beating Australia 2-1, Peru 1-0 and then securing a 0-0 draw with Denmark. It wasn’t the most impressive group-stage performance, but they did enough to secure top spot in the group, though that set up a tough Round of 16 match against Argentina.

They met Argentina in Kazan and it turned into a seven-goal thriller and one of the games of the tournament. France edge it 4-3 with two goals from Kylian Mbappé really showing the young star was able to perform on the biggest stage. In the quarters France faced Uruguay, who have won all three group games and then knocked out Cristiano Ronaldo’s Portugal. France won the match 2-0 in an assured performance.

The star-studded Belgium were France’s semi-final opponents is a match many neutrals really wanted to see. Despite the anticipation of an exciting game, it was a rather tight affair and France edged the win 1-0 thanks to a Samuel Umtiti strike.

France were up against Croatia in the final and went in as strong favourites. Antoine Griezmann, Paul Pogba and Kylian Mbappé scored in the final to help France to a deserved 4-2 victory and a second World Cup trophy. That it was one of the more exciting finals in World Cup history will have been of little consolation to Croatia, but France put in a performance out of the top draw to secure the win.

Sandwiched in between their two wins was an excellent performance at the 2006 World Cup in Germany. The French were unbeaten on their way to the last two, winning four and drawing two. They beat Spain 3-1 in the Round of 16, then posted 1-0 victories over Brazil and Portugal to reach the final where they faced Italy. The final itself will always be remembered for Zinedine Zidane’s infamous red card for head-butting Marco Materazzi – after which the French were beaten 5-3 on penalties to miss out on the World Cup trophy.

France have had some exceptional strikers over the years, so it is hard to believe that they have only had one World Cup Golden Boot winner. Still, Just Fontaine’s remarkable 13 goals at the 1958 World Cup in Sweden remains a tournament record that looks unlikely to be beaten any time soon. 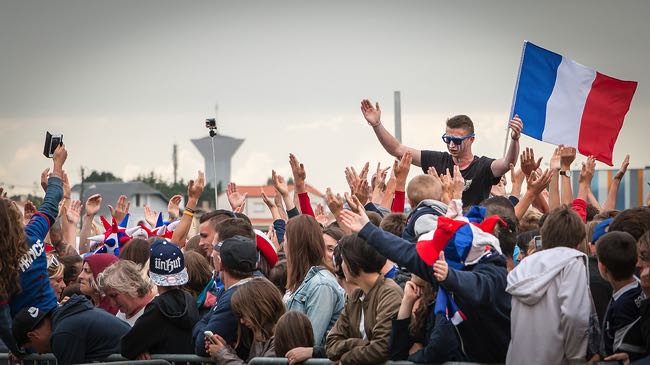 As defending champions in 2002, France had a woeful World Cup in South Korea and Japan. Managed by Roger Lemerre, Les Bleus were eliminated with just one point to their name having lost to Senegal and Denmark and managing only a draw against Uruguay. France also failed to score in any of their three group fixtures.

The French were also poor at the 2010 World Cup, finishing 29th out of 32 teams. After drawing with Uruguay, France were beaten by Mexico and tournament hosts South Africa. They ended the 2010 tournament with just one point and one goal.