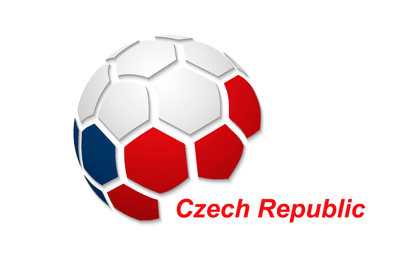 Czech Republic have featured in every UEFA European Championship since the dissolution of Czechoslovakia in 1993*. They were involved in the first ever European Nations’ Cup in France in 1960 and were champions of Europe 16 years later in Yugoslavia. The Czechs finished runners-up in England at Euro 1996 and were semi-finalists in Portugal in 2004. Their fine football pedigree has often shone brightest at this event but there is no doubt that they have consistently punched above their weight as a nation over the years.

Since peaceful dissolution from Slovakia in 1993 created the Czech Republic, the Czechs have qualified for every European Championship. However, their one and only victory came when they were part of Czechoslovakia, picking up the gold medal in Yugoslavia (another no-longer extant nation) in 1976. In their first tournament as Czech Republic, they went all the way to the final in England at Euro ’96, narrowly losing to the Germans at Wembley Stadium.

When Did Czech Republic Last Win the Euros?

Czech Republic’s one European Championship success came in 1976 while they were part of Czechoslovakia. 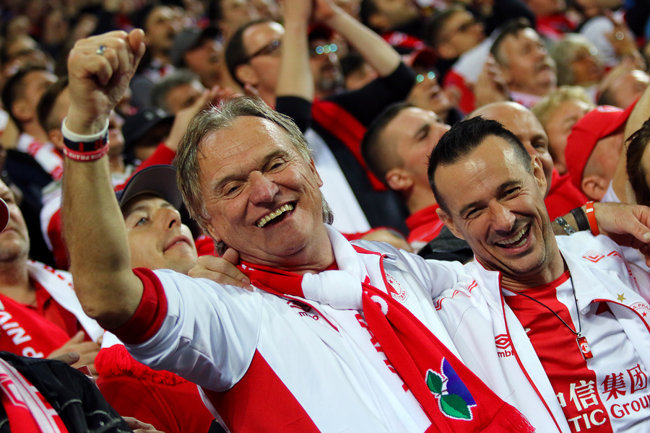 Despite failing to qualify for the previous three European Championships, Czechoslovakia burst onto the scene in 1976, winning in Yugoslavia. That remains the nation’s one and only major tournament victory. With the men’s national team having been rather mediocre for some time now it seems likely to stay that way for the foreseeable future too.

Czechoslovakia beat England, Portugal and Cyprus to first place in their qualifying group, setting up a two-legged quarter final with Wales. After a 2-0 win in the first leg, a 1-1 draw at Ninian Park in Cardiff was enough to see them through to the finals in Yugoslavia. At this time just four teams qualified for the tournament proper, with the Czechoslovakians joining the hosts, Netherlands and the defending champions, West Germany.

As with previous four-team finals, there would be just four matches, two semis, a final and the always-pointless third-place play-off. Czechoslovakia beat Holland 3-1 after extra time in Zagreb to reach their first European final. They then played West Germany at the Red Star Stadium in Belgrade in a thrilling final, after the holders had seen off the hosts 4-2, also after extra time.

The final was another game that would not be decided inside 90 minutes, with Bernd Hölzenbein’s 89th minute goal for the Germans making it 2-2. Another half hour of football could not separate the sides and so, with the scores level at 2-2 after extra time the game progressed to penalties.

Vaclav Jezek’s men would eventually triumph 5-3, scoring all of their spot-kicks but this shootout is rather memorable for another reason. The winning penalty was scored by Antonin Panenka, who chipped the ball over the diving goalkeeper, with that style of penalty now known as the ‘Panenka’ and perfect for those with a cool head, or those that just like to showboat! Of course, it doesn’t always go to plan …

Czech Republic shocked a few by reaching the final of Euro ’96. It was their first tournament after the dissolution of Czechoslovakia, but the Czechs were in red-hot form in England. A number of players, chiefly Karel Poborksy and Patrik Berger, would perform so well they would earn big-money moves to top leagues. Little was expected of the group initially though, with 15 of the squad playing in the Czech league and no real established stars. Managed by Dusan Uhrin, Czech Republic quietly went about their business and followed Germany through from Group C, beating Italy to second place on the head-to-head result.

Uhrin’s side beat Portugal 1-0 at Villa Park in the quarters thanks to Poborksy’s outrageous and oft-imitated (in school playgrounds at least) lob, before edging past France on penalties in a close semi final at Old Trafford. Unfortunately for the Czechs, they were narrowly beaten by Germany in the final, losing 2-1 after extra time at Wembley Stadium. They also finished third in Portugal in 2004, falling to a 1-0 defeat to eventual winners Greece in the last four.

Milan Baros was the surprise Golden Boot winner in Portugal in 2004. Baros, who was a Liverpool player at the time, fired in five goals to help Karel Bruckner’s Czechs reach the semi finals in Portugal. Baros scored three times in the group and twice in Czech Republic’s 3-0 quarter-final win over Denmark in Porto.

He never quite made the grade in English football, despite 19 goals in the Premier League for Liverpool and a further nine for Villa, but that summer in 2004 will no doubt live forever in his memory as a time when everything came together.

Patrick Schick achieved the same number of goals in Euro 2020, scoring in 4 games out of 5, and only failing to find the net against England during the group stages.

Since becoming the Czech Republic, the nation has featured in every European Championship and at the time of writing has qualified for the 2020 (delayed to 2021) event too. However, Czechoslovakia missed out on a few tournaments in the earlier years.

Czech Republic’s worst European Championship performance was in France in 2016. The Czechs went up against Croatia, Spain and Turkey in Group D but with group winners, runners-up and four of six third-placed teams qualifying for the next phase, they would have expected to progress.

Pavel Vrba’s men started with a narrow 1-0 loss to Spain in Toulouse before drawing 2-2 with Croatia in Saint-Etienne. These results would have given them hope they could do enough in their final game of the group. Unfortunately though, they ended their campaign with a disappointing 2-0 loss to Turkey, leaving the competition with just one point and a goal difference of -3. To make matters even worse, neighbours Slovakia did progress to the last 16, finishing behind Wales and England in Group B.

Such a poor outcome at the expanded finals was not a new experience for the Czech Republic though. They were also knocked out at the group stage in 2000 and 2008, although they did at least manage to pick up wins in both of those tournaments. They appear to have a tough draw once again for the 2021 tournament (which UEFA has confirmed will still be called Euro 2020), coming up against England, Croatia and an as-yet unconfirmed play-off qualifier, so watch this space!