BetVictor is one of the best-known and most easily recognisable brands in bookmaking. They are known for having a top class website, for sponsoring many major sporting events and teams, and for being one of the prime movers and shakers in the world of online gambling. This has been the case for many years now, but their history goes back way beyond the advent of online gambling.

For many people, BetVictor is indelibly linked to the company’s former owner, Victor Chandler Jr. Although he inherited the company from his father, he made himself the face of the brand, regularly featuring in advertising campaigns for the company for many years, and is widely credited with laying the foundations from which the international bookmaker is now thriving.

Although BetVictor now turns over millions of pounds every month and has customers in 160 different countries around the globe, theirs is primarily a story of a family business done good. Here are some of the key pieces of the BetVictor jigsaw, and how that family business turned into a global empire.

1931: The Foundations Are Laid 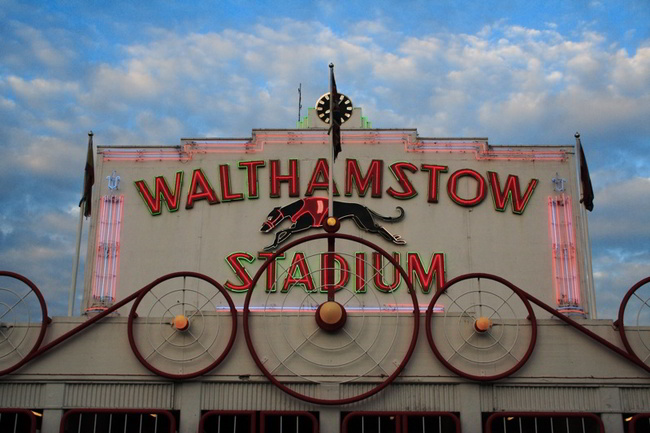 William Chandler always worked in the world of gambling. The British businessman developed his reputation as a bookmaker at greyhound tracks around London, eventually becoming the main bookie at White City Greyhounds. Chandler used the expertise and money he built up over the years to buy Walthamstow Stadium in 1931. He developed the stadium and associated bookmaking business even though technically gambling was still illegal in Britain.

But it wasn’t until 1946 that Chandler was able to properly lay the foundations for the company that would eventually go on to become BetVictor, offering on-track betting and other odds for punters. Unfortunately, William died that same year so he was never to know how far the fruits of his labour would take the business.

William Chandler’s children were well versed in the running of their father’s business long before his death. It was therefore no surprise that his venture was continued, taken on by his five sons. Ronnie had a passion for dogs so trained greyhounds, Charles and Percy took on the running of Walthamstow Stadium, whilst the bookmaking side of the business went to Victor and Jack.

It is Victor Chandler Sr. who is the most prominent of William’s sons when it comes to the history of BetVictor. He is credited with improving the fortunes of the betting side of his father’s business as regulations changed in Britain and gambling became a more acceptable, and crucially, legal part of British society.

The first seismic change for Victor Chandler Sr. was the passing of new legislation by the British government in 1961. Harold Macmillan and his cabinet decided that they had had enough of unlicensed, illegal bookmakers running the industry, and wanted to take it from the shadows onto the high street. Thus, legislation made its way through Parliament legalising betting shops, and Victor Sr. was very quick to take advantage, opening up a chain of bookies which bore his name to capitalise on this new dawn of bookmaking.

Victor Chandler Sr. sadly died in 1975, and just as his father before him, he passed control of the rapidly expanding betting company down to his son, Victor Jr. The passing of his father left Victor Jr. with a huge amount of responsibility, and he was only a young man in his 20’s at the time. He ceased working in the hospitality industry in Spain and came home to look after the business, his mother, and 2 sisters.

As if the inexperienced Victor Chandler Jr. didn’t already have a sizeable task in front of him, he was told very early on by the company’s accountant that the business was insolvent. The expansion into high street betting shops had worked early on, but with a more mature marketplace far too many shops were losing money.

Rather than trying to turn things around with the bricks and mortar business, Victor Jr. sold off several shops and poured the funds into a credit business for high rollers and VIPs. This was a gamble in itself, but those with doubts about the new direction were convinced after a particularly profitable Royal Ascot in 1977, and the business continued trading happily for the next 20 years. 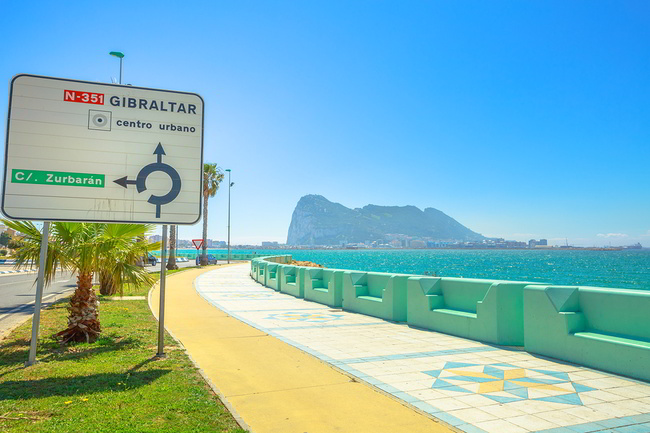 Victor Jr. was always a charismatic man. He quickly developed a reputation as a shrewd businessman too, and his ability to see things differently to the competition proved to be very beneficial. He was also unafraid of making big decisions.

Having become frustrated that Irish competitors were able to take bets from British punters but avoid paying the same level of tax that his company had to, Victor Jr. came up with the innovative idea to base his company offshore.

Many of the biggest bookmakers in the world currently have their headquarters in either Gibraltar or Malta, but when Victor Chandler made the move in 1998 it was something of a coup. The company’s growth under this new arrangement was impossible for the competition to ignore, and Gordon Brown’s government noticed too, abolishing the gambling tax in 2001 in an attempt to coax these businesses back.

The move to Gibraltar had another consequence for Victor Chandler beyond the tax incentives. It forced the company to think of ways in which they could continue to grow their business as a remote operator. Luckily for them, the internet’s maturity as a global platform came at just the right time.

Victor Jr. is regarded as one of the first big players in the bookmaking industry to really grasp the opportunity presented by the internet. BetVictor had a website before most of their competitors and their speed to market really helped them gain a strong position in the early land grab for online customers.

Victor Chandler was also quick to notice the rise in popularity of online poker. Thus a new online poker platform was introduced in 2004, as was an in-person poker tournament known as the Victor Chandler Poker Cup which was a great way to advertise their new product.

This lucrative event took place in 2004 and 2005, attracting some of the best-known professional poker players from Britain and beyond. It was broadcast live by Sky Sports and, in 2004, provided a first prize of £250,000. 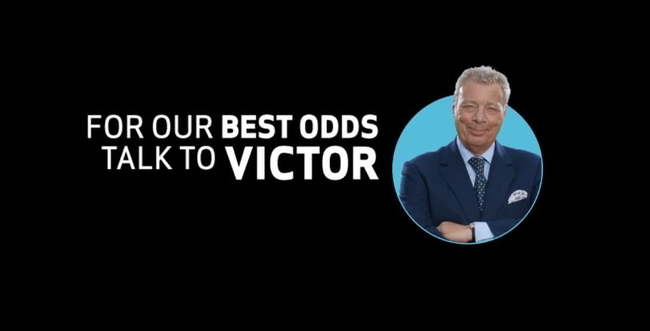 Victor Jr’s charisma and foresight had made him a well-known, well liked, and important figure in the betting world, and he realised that his personality could be used as a selling point for the business. In 2004, the Victor Chandler brand was renamed to VC Bet to give the business more of a modern feel, but much of the advertising was focused around Victor Jr. himself, and the feeling of this being a classy company.

These two things didn’t quite fit together, and by 2008 the notion of Victor as the so-called ‘gentleman bookmaker’ was such a well-known advertising slogan that the business reverted to its former name of Victor Chandler to better reflect that sense of class.

To capitalise on Victor Jr’s celebrity, he was regularly featured in TV adverts for the company alongside celebrities such as Paddy McGuinness and Paul Kaye. 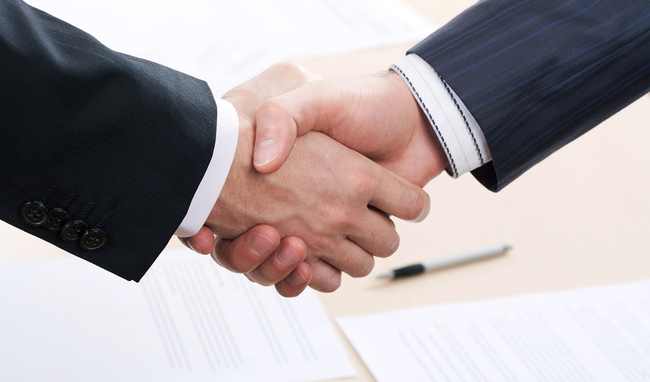 Changing the company name every three or four years is not usually considered conducive to building solid brand recognition, but this didn’t seem to bother Victor Chandler. Indeed, in 2012 the company took the decision to make yet another name change, this time to BetVictor.

The decision to move away from the name Victor Chandler was actually a sign of things to come. Victor Jr. had already started to scale back his day to day involvement in the business and the new branding allowed BetVictor to advertise its products and services with some separation from Victor Jr. – who himself had become something of a brand.

The re branding didn’t mean the end of Victor Jr.’s involvement with the bookie – he remains involved to this day – but it was no surprise when it was announced that the Chandler family’s ownership of BetVictor was finally coming to an end in 2014. Victor Jr. worked out a deal with leading racehorse owner and long term friend, Michael Tabor, as BetVictor came to the decision that the company would be best served under new ownership and leadership.

Tabor was already a major shareholder in BetVictor’s holding company, Victor Chandler International, so he knew the workings of the business very well. Still, there was only so much he could do without officially taking control, which he did in May of 2014. 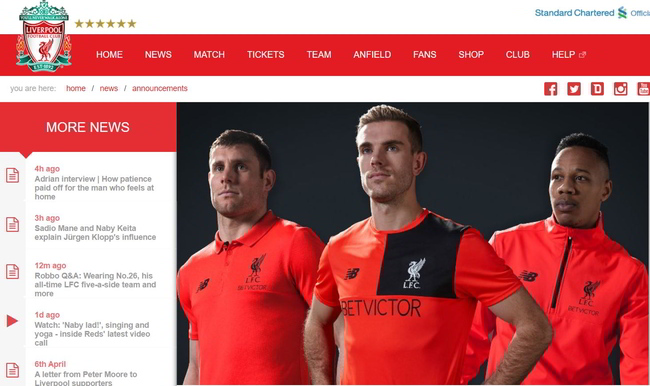 The exit of Victor Chandler left BetVictor needing a new angle when it came to promoting themselves to new customers. In 2015 they hit upon a great way of doing just that when independent analysis of the odds offered by various bookmakers showed that BetVictor provided the best value on major European football leagues overall. This was just the inspiration the company needed, and they pushed themselves hard as the place where football bettors could win more.

Tabor and his team were also keen to keep up the reputation of being industry leaders when it came to innovation, and in 2015 invested heavily in the in-house development of new products like a superb cash out feature, new mobile apps, and unique ways for punters to bet on in-play events.

Sponsorship also became an important marketing strategy, and with their two major sports betting areas being horse racing and football it was obvious where to go. First, they solidified their long established relationship with horse racing by signing a deal with British Racing to become the authorised betting partner of the sport in 2016. They also struck a deal to sponsor the Open Meeting at Cheltenham, with its’ feature race being renamed the BetVictor Gold Cup.

They also targeted big name football clubs, becoming the official betting partner of both Chelsea and QPR in the same year; but it was their deal with Liverpool that was the jewel in the crown. As well as taking bets at Anfield, the BetVictor logo was featured on Liverpool training gear and the company benefited from making promotional videos with Jurgen Klopp and his players.