A surprisingly regularly fixture in the World Cup, South Korea have appeared at 10 competitions since they first entered in 1954. They have also qualified for all tournaments since (and including) 1986. Having entered all but three World Cups since the country’s creation in 1948, the South Koreans have been a dominant force in Asian football, even hosting the World Cup in 2002 alongside Japan.

Though they made it to many World Cups, South Korea are not a particularly prolific team; in fact, they failed to score a single goal in the 1954 World Cup. However, they tend to keep a relatively tight defence and it is this quality that has seen them keep an impressive reasonably performance record across the years.

Let us look at South Korea’s World Cup record and how they have made history in the tournament. From the highs of hosting the competition in 2002 and making it all the way to the semi-finals. To their failure to even qualify for four tournaments in a row.

On their debut in the 1954 World Cup, South Korea set some rather depressing records that are still yet to be broken. They conceding the most goals in a single tournament (16) without scoring a single goal themselves, which also set the record for the worst goal difference at a tournament as well. As part of this -16 goal difference, South Korea conceded the most goals in a single World Cup game, losing 9-0 in their first-ever fixture against Hungary, a game in which the legendary Ferenc Puskás netted a brace.

Poor form followed South Korea for the rest of the 20th century until they were given the chance to host the tournament in 2002, alongside Japan. Here they caused major upsets in front of their own fans, beating Portugal and Spain along the way to an impressive fourth-place finish. From 2002 onwards, South Korea’s World Cup results have drastically improved compared to the 1980s and 1990s. They have tended to give much better performances and score more goals. These improved performances have come in line with the team gaining greater respect, thanks partly to the success of players like Park Ji-sung and Son Heung-min, in the Premier League.

Have South Korea Ever Won the World Cup?

South Korea have never won the World Cup, with their best performance coming when hosting the tournament in 2002 when they made it all the way to the semi-finals. Other than this they have only managed to make it out of the group stage on one occasion, at the 2010 tournament. They were knocked out in the Round of 16 South Africa by Uruguay. 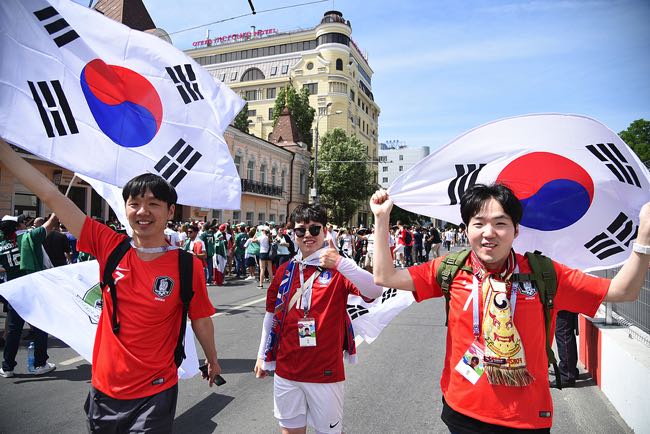 By far the best performance in their history was when South Korea made it to the semi-finals when hosting the tournament in 2002. Managed by the infamous Guus Hiddink, they entered the tournament ranked 43rd in the world. They were drawn in a group with Poland, United States, and Portugal, which looked extremely tough on paper.

South Korea managed their first-ever World Cup victory in a 2-0 win against Poland in the opening game. With the home fans behind them, these impressive performances kept coming, and after a decent 1-1 draw with the United States they finished the group in style with a 1-0 defeat of Portugal.

Finishing top of their group, without losing a game, South Korea were drawn against Italy in the round of 16. The scores were level at 1-1 after normal time, but an extra time winner completed another major upset at the hands of the South Koreans as they beat the Azzurri 2-1. Next up came another European heavyweight, Spain. After holding them to a 0-0 draw after extra time, it went to penalities and South Korea came out on top, winning 5-3.

The hosts’ luck came to an end in the semi-finals when they lost a tight game to Germany 1-0, before being narrowly edged out in the third-place play-off by Turkey, a 3-2 loss. Nevertheless, South Korea’s performance in 2002 will go down in history as one of the most unexpected displays of a team at the World Cup, partly thanks to the rapturous support of the home fans. 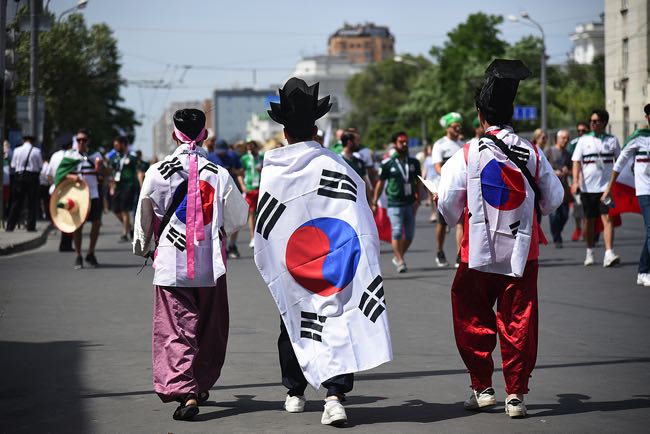 South Korea have only actually failed to make it to five tournaments in which they have been entered. These qualification failures came in 1962 and then four in a row from 1970 to 1982, with a break as they did not enter the 1966 competition. Changes to World Cup qualifying over the years have made it slightly easier for Asian teams to make it to the finals, and this has greatly benefitted South Korea.

With earlier tournaments only allowing for one Asian team to make it through to the tournament proper, places used to be highly competitive. But with more teams being able to make it through, greater interest in football from within the country and the wider region, and the development of some great players, South Korea have become a regular fixture at the World Cup.